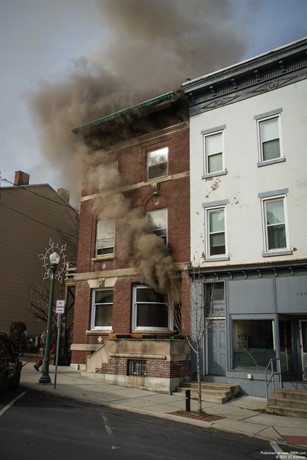 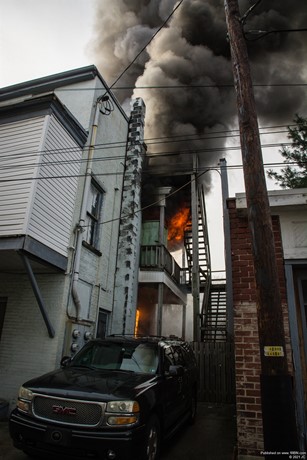 
Chief 68 was advised of multiple calls reporting a house fire near Garfield Square. Chief 68 stated he had a column visible and requested a Rapid Intervention Team from Schuylkill Haven.


Chief 68 arrived on scene to find a working fire in a three story brick home with one exposure on the “D” side. Command was established with smoke from the front door and fire showing from the “B” side.


Command advised all crews that he was now receiving a report of possible entrapment on the second floor. Interiors performed a primary search of the first and second and radio’d the search was negative.


An engine and ladder were requested from Minersville Fire-Rescue who sent their crews to the front of the building. An engine from Port Carbon and Tower from Saint Clair were moved in to cover the City.

Multiple units from Schuylkill EMS were on-scene standing by and providing rehab.


A State Police Fire Marshal was requested to the scene to investigate. PPL was also notified to disconnect the electric service to the house.