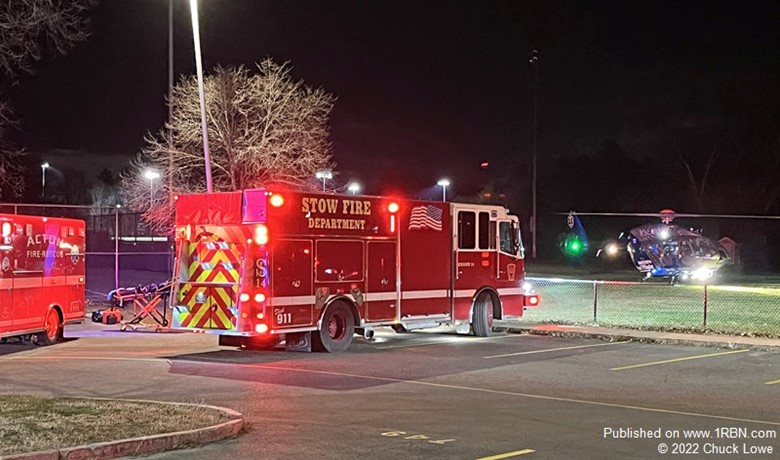 ACTON, MA - Acton firefighters responded to 23 Washington Drive around 7:45 P.M. Monday night, December 19, 2022, following a call by the occupant indicating a fire inside the home. When units arrived they found smoke pushing from the attic of a two-and-a-half story home. Car 30 called for a box to be struck, bringing an engine from Littleton to the scene.

As firefighters forced their way through hoarding conditions to advance a hose line and search for a missing occupant, command ordered that units that were responding to cover the Acton stations redirect into the scene. Boxborough, Concord, Westford and Maynard responded to assist the crews that were already engaged. A second-alarm was transmitted to back-fill the empty Acton stations.

While performing a search of the fire floor, Littleton F-2 reported that his crew located a "still breathing" occupant who they were working to extricate. Once outside the structure, the unresponsive 40-year-old female who presented with burns to the face and hands was intubated and an IO was placed. Fire Alarm added a Concord Ambulance and Pro ALS to the assignment upon hearing of the rescue in progress. Command requested Boston MedFlight a short time later.

Interior crews held the fire to the second-floor kitchen area with no extension to the attic. The fire investigation team was called to determine the cause and origin.