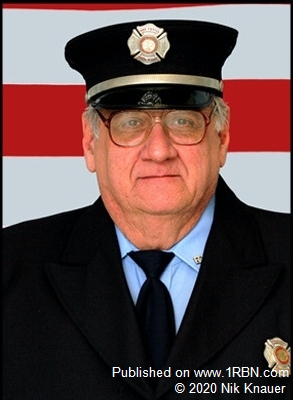 Photo by Nik KnauerRetired Firefighter Paul Lerch recently passed away. Lerch served with the Reading FD for more than 43 years.

Our condolences go out to the family of retired Reading Firefighter Paul "Gumshoe" Lerch, who recently passed away. Firefighter Lerch retired from the Reading Fire Department in 2010 after serving for more than 43 years. Lerch was hired in October of 1967 as a driver for the Hampden Fire Co., and shortly after, the Marion Fire Co. Lerch, who gained the nickname "Gumshoe" or "Shoes", would eventually be assigned to work on Ambulance 96 in the 1970s after the city closed Engine 10. A short time later, Shoes took an assignment on Ladder 3 with the B platoon. FF Lerch initially worked as the tillerman, before moving to the front-end in 1987. Shoes spent 24 years driving Ladder 3 on the B platoon and as the shift's senior man for several years. Lerch's son, Scott, was hired by the department in 1995 and currently serves in his father's position on Ladder 3.