MAYDAY Called at Third-Alarm in Hudson 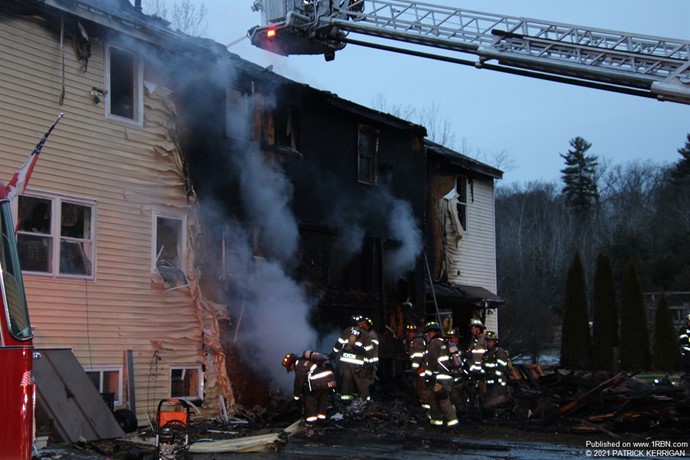 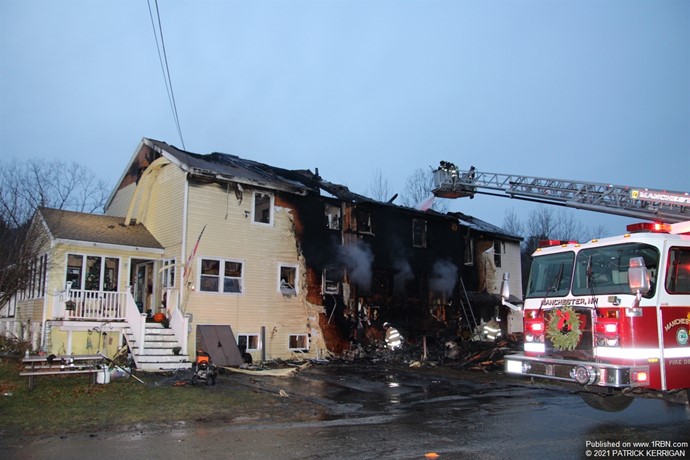 HUDSON, NH - Hudson firefighters battled a stubborn three-alarm fire on December 9, 2021. Crews arrived on scene to find heavy fire showing from a two-story duplex. Companies made an aggressive interior attack, but were driven back by the intense flames. A MAYDAY was transmitted for a firefighter who fell through the floor and into the basement. A ladder was quickly sent down to him for him to climb out on. Companies remained on scene for several hours checking for extension and overhauling.