Car Crashes Into DC Building with Resident Inside 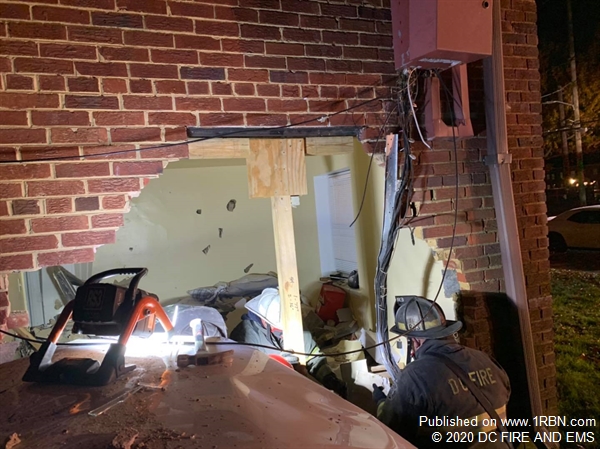 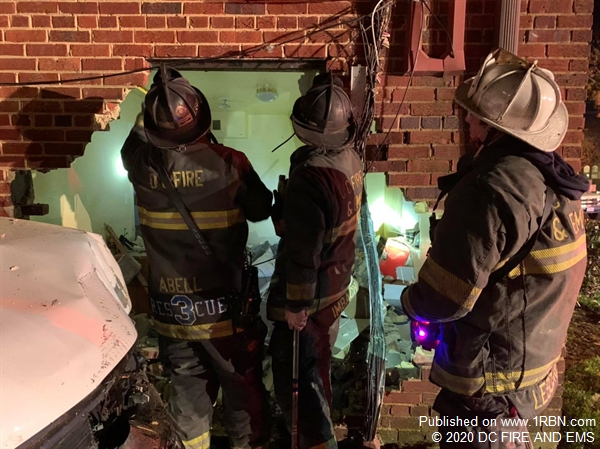 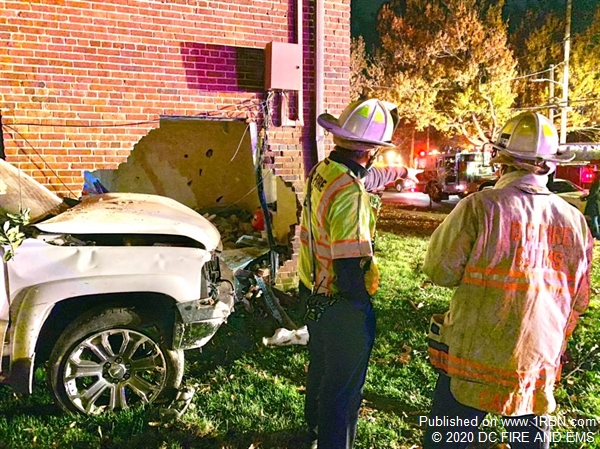 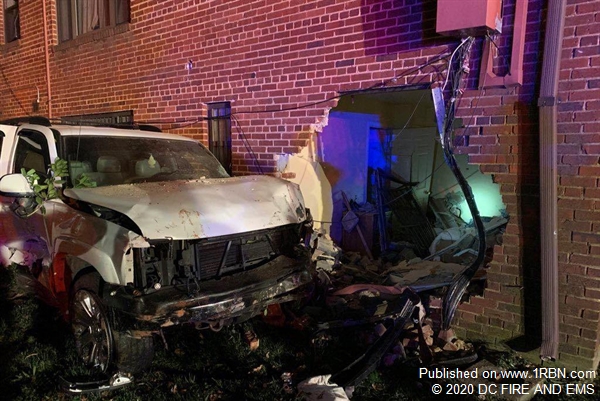 Washington, DC - A DC resident is lucky to be alive after a vehicle crashed into the room he was inside at a Southeast apartment building on Wednesday evening, December 9th.

DC’s bravest were dispatched at 6:08 P.M. for the report of a car into a building in the 1200 block of Alabama Avenue SE. First arriving units confirmed an SUV had punched a hole through the wall of a ground floor apartment.

Firefighters removed the occupant from the apartment, who was subsequently transported to a hospital with non-life-threatening injuries. The driver of the vehicle was assessed by EMS, but declined further medical treatment.

Residents were evacuated while members of the Cave-in Task Force conducted a primary structural assessment. A building inspector was also requested to the scene.

It was determined that the building would be safe for occupants to return to once some shoring was completed in the damaged area. This mission was accomplished by personnel from the Cave-in Task Force.