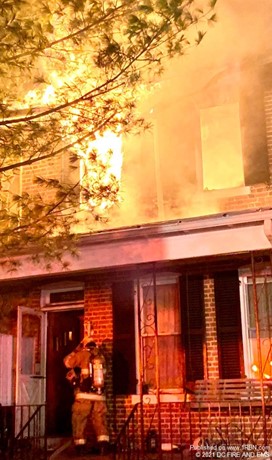 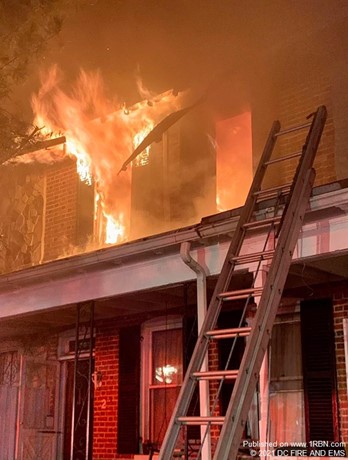 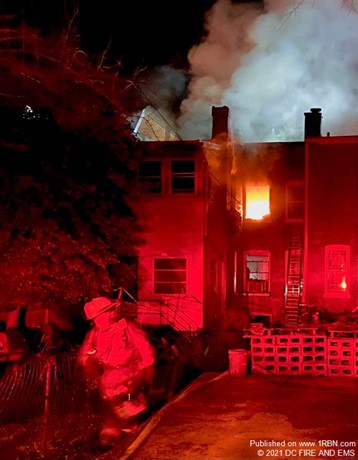 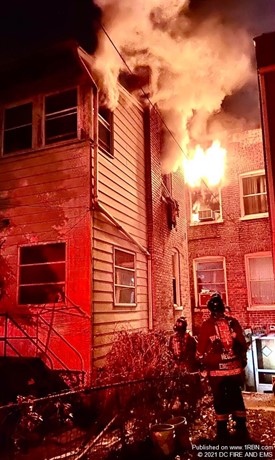 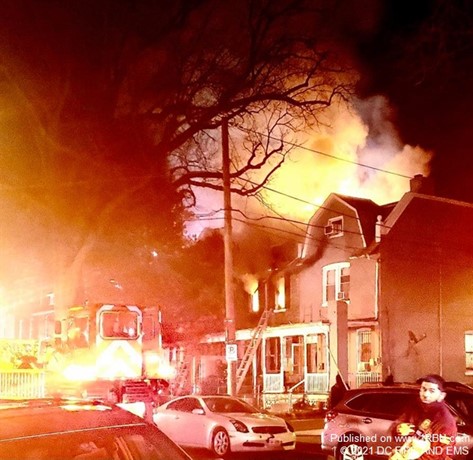 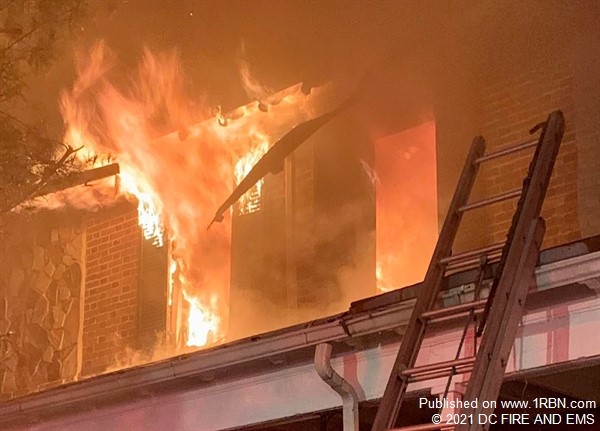 The first fire was dispatched at 12:45 A.M. to 522 Shepherd Street NW, a two-story middle of the row dwelling. Firefighters arrived to find flames on the second floor of the home.

Despite the presence of significant clutter conditions in the house, fire was confined to a portion of the second floor and quickly knocked down with the Box Alarm assignment. An adult female was the only occupant and received assistance from the American Red Cross.

At 5:11 A.M., another Box Alarm was sounded for the same address. A fire investigator was close by and confirmed there was fire on the second floor. This time there was considerably more fire than on the first call. A Working Fire dispatch was requested and an interior attack was initiated.

Due to the clutter conditions and the fact that the home was opened up from the previous blaze, the fire quickly increased in intensity, with flames now visible from windows both at the front and rear, and involving the attic space.

With attached homes on either side in danger, and the initial attack companies running low on air, a Second-Alarm was requested, bringing a total of approximately 20 units and 80 personnel to the scene.

Units were placed in the adjacent homes to prevent the fire from spreading. Despite the intensity of the blaze, an aggressive offensive attack continued to be waged until knockdown of the fire was achieved.

Although flames did not spread into the exposures, enough damage was done to displace 13 residents. They were assisted by the American Red Cross, the Mayors Office of Community Relations, and the District’s Office of Homeland Security and Emergency Management Agency.

The one firefighter who suffered a minor injury during this incident was transported to the hospital.

Fire investigators are actively looking into the cause of both of these incidents.