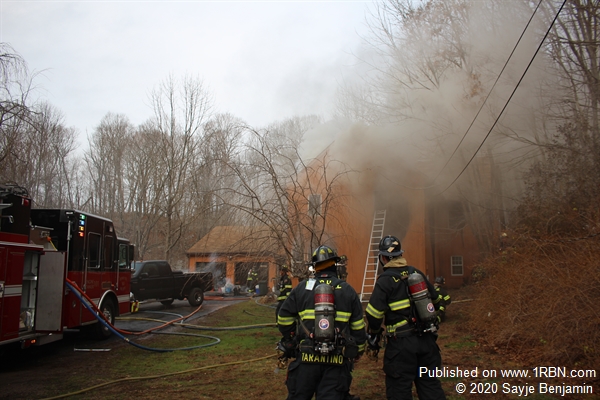 Photo by Sayje BenjaminLong Hill firefighters stand by as crews pull out and conditions deteriorate. 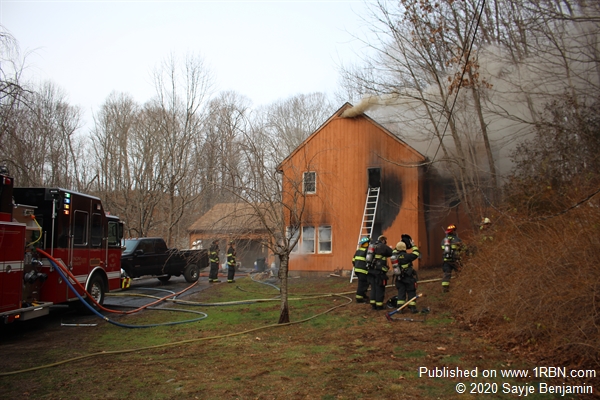 Photo by Sayje BenjaminCrews prepare to make entry to the structure 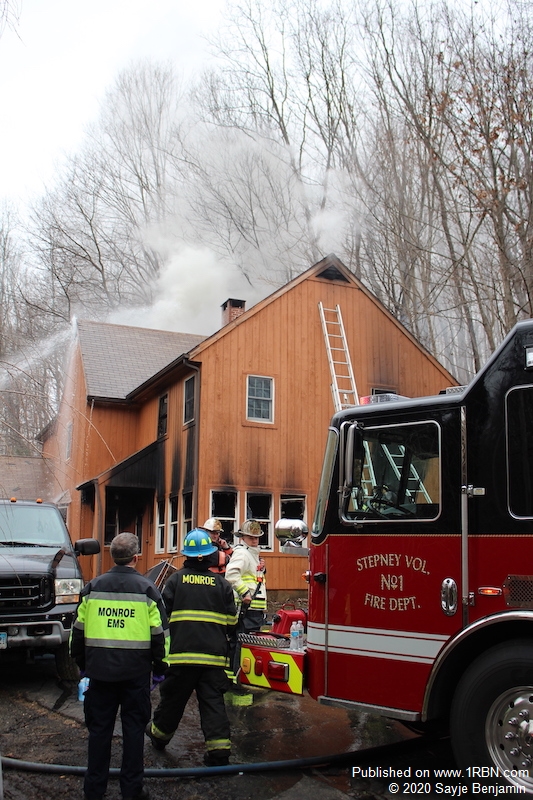 Monroe, CT - Around 10:20 A.M. on Wednesday, December 9th, the Stepney, Stevenson and Monroe Fire Departments were dispatched to a report of smoke in a house on Hattertown Road.

On arrival, the first arriving unit reported a two-and-a-half story wood-frame with heavy smoke showing and upgraded the assignment to a working structure fire. Companies encountered heavy fire on all three floors of the house. A brief MAYDAY occurred during the incident when one firefighter suffered minor injuries due to a stair-step collapse. All companies were pulled from the structure and began a defensive attack.

Soon after the decision to go defensive, ammunition and fireworks began lighting off inside the house, complicating problems further. Companies worked for an hour and a half before the fire was declared knocked at 12:19 P.M.