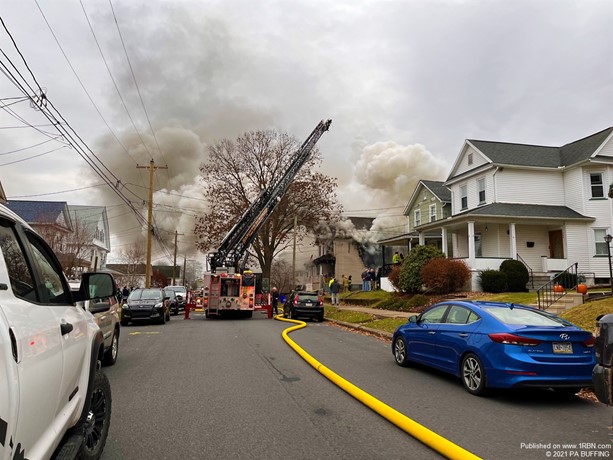 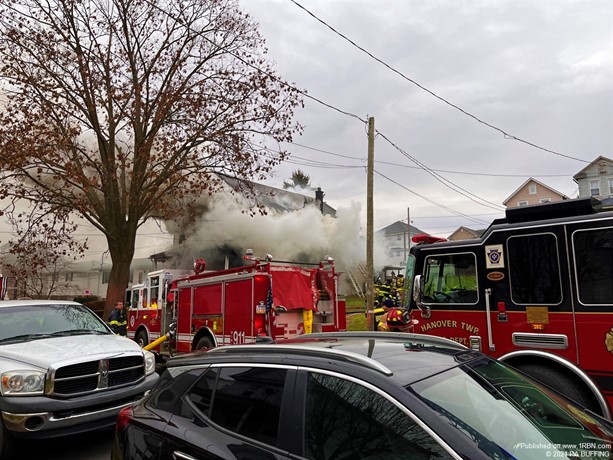 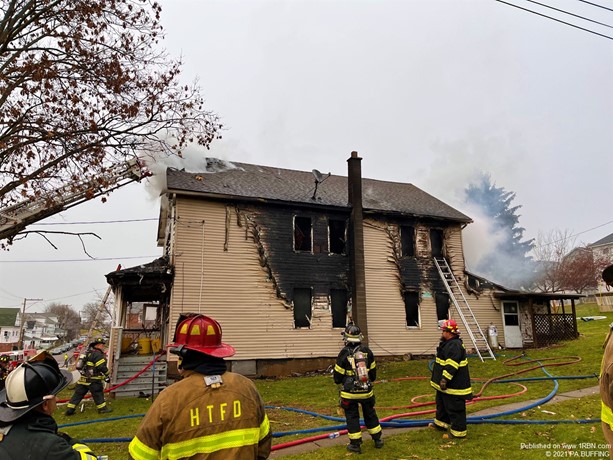 NANTICOKE, PA - Around 2:00 P.M. on December 8th, the Nanticoke City Fire Department was dispatched to a residential structure fire with possible entrapment. Before arriving on scene a thick heavy smoke could be seen from a few blocks away.

When Nanticoke Fire arrived on scene they immediately called for the second-alarm box. Units from Nanticoke, Hanover Twp., Kingston Boro, Plymouth Boro, Newport Twp., and Medic 9 all worked together on this fire. It was confirmed that everyone was out of the house.

All crews, both interior and on the roof, were ordered out due to the roof becoming very unstable and starting to cave in. A surround and drown was conducted until it was safe to enter the building again for extension checks and overhaul.

It took almost five hours to put the fire out and complete overhaul safely. The fire marshal is currently investigating the cause of the fire and the American Red Cross is helping the families that unfortunately lost everything in the fire.