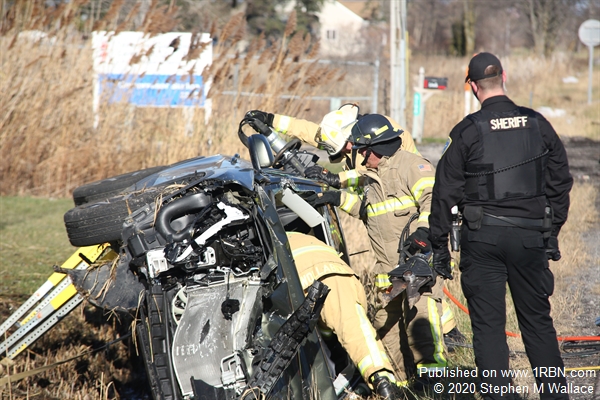 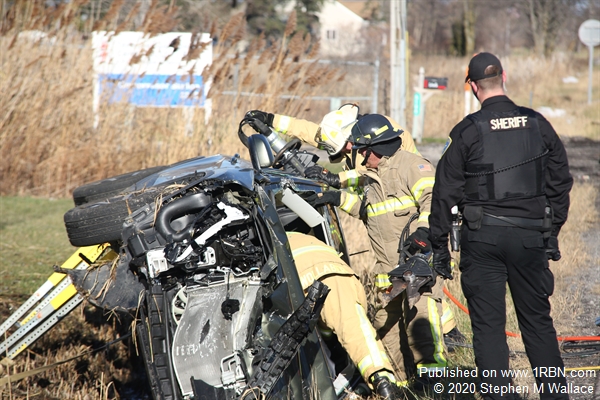 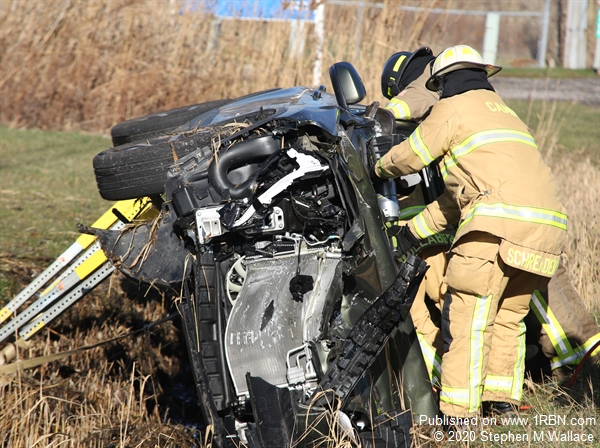 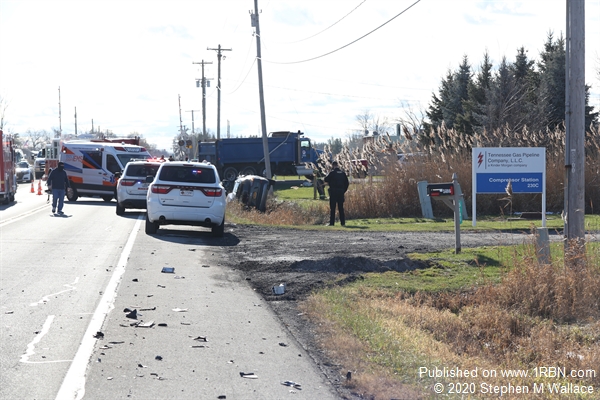 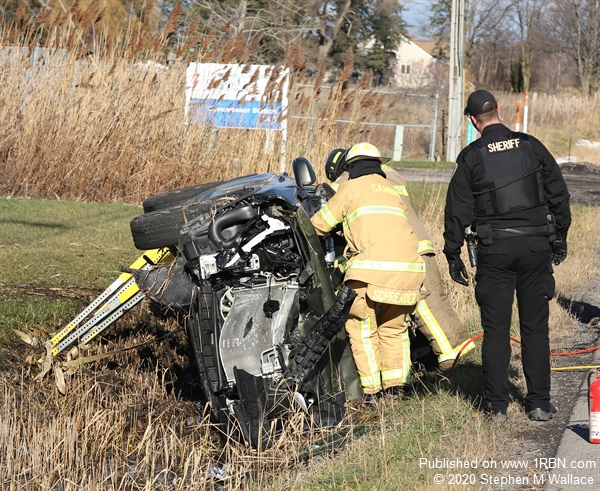 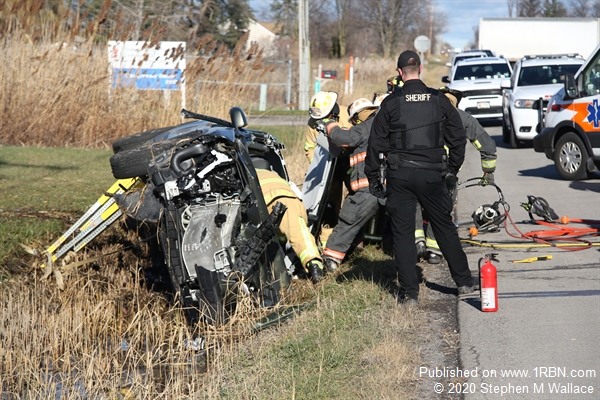 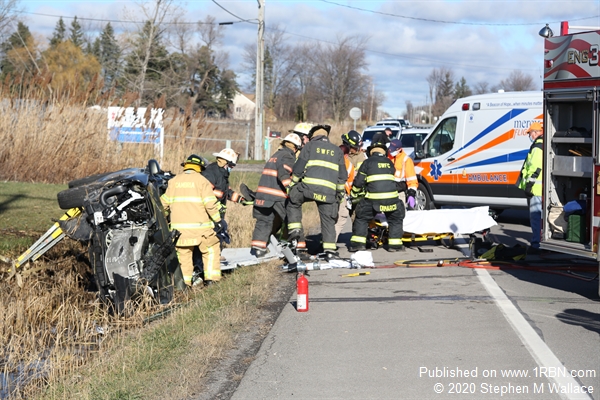 Photo by Stephen M WallaceVictim was pulled out on a backboard to the awaiting EMS crew. 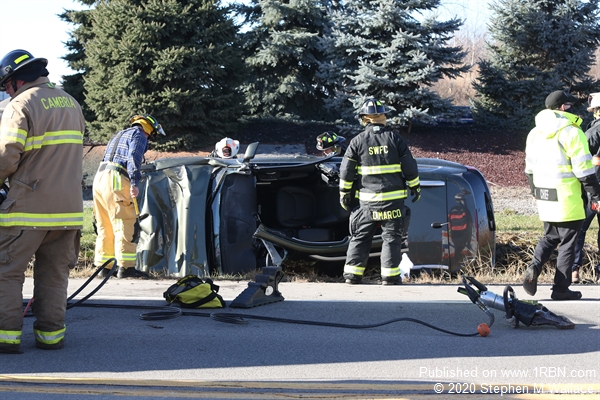 Lockport, NY - Cambria volunteers responded to Lockport Junction Road in the Town of Lockport for the report of a two-car MVA around 11:30 A.M. on December 7th.

On their arrival, it appeared that a four door Jeep crashed into a full size dump truck. Parts of the Jeep blew apart and were scattered hundreds of feet down the road. The Jeep ended up on its side in a ditch on the west side of the road. The front end of the vehicle was so destroyed that it was impossible to tell what type of vehicle it was at first.

Firefighters quickly used stabilizer bars to keep the vehicle from rolling onto its roof. The specialized extrication team from Cambria quickly deployed the jaws, cutter, and glass cutting saw. As a member of the EMS crew crawled into the vehicle to stabilize the patient, the team went to work removing glass and cutting the support beams.

South Wilson was also called to the scene to add their set of jaws and cutters to the process in an attempt to get the roof off quicker. Twin City Paramedics responded to the scene and got their equipment ready to immediately start treatment as soon as the patient was removed. South Lockport volunteers were called in to provide additional fire police to completely shut down the road for almost an hour.

Close, and well-trained teamwork between Cambria and South Wilson got the support beams cut. Both companies joined shoulder to shoulder and yanked the roof off. The patient was quickly removed to an awaiting backboard and the ambulance.

The Niagara County Sheriff’s Office responded to the scene to gather information and then watched the extraction process along with spectators that made their way right next to the deputy.

The driver in the full-size dump truck was not injured, and the driver of the Jeep did not appear to have any life-threatening injuries. The investigation into the accident is ongoing.