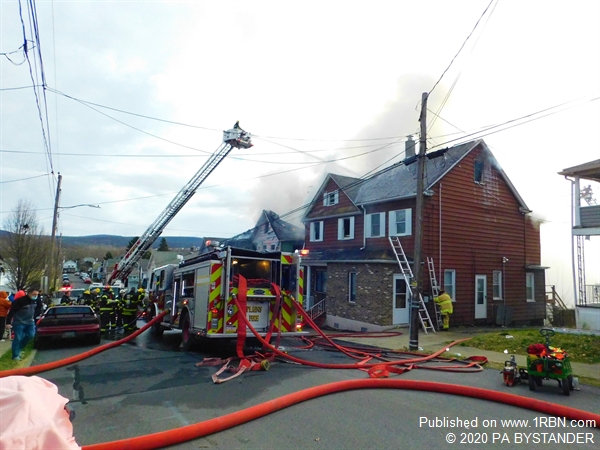 Plains, PA - The Plains Fire Department in Luzerne County responded to a reported residential structure fire on Tuesday afternoon, December 7th. On arrival, crews confirmed a working fire at a double block home and a single neighboring home with wires down. They called for off duty firefighters and a second ladder truck, along with an RIT team. Firefighters evacuated the homes due to the roofs caving in, and it became a surround and drown. Firefighters worked for many hours trying to knock the blaze out. Unfortunately, five dogs died in the blaze and eight people were left homeless.