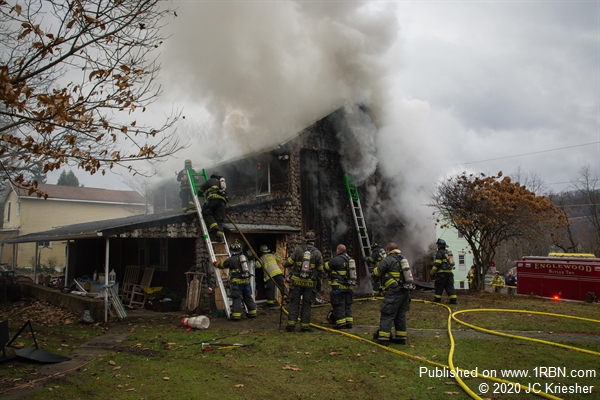 Photo by JC KriesherSmoke flows from all floors of a Draper St. home in Gilberton after a fire broke out and displaced four occupants on 12/7/20. 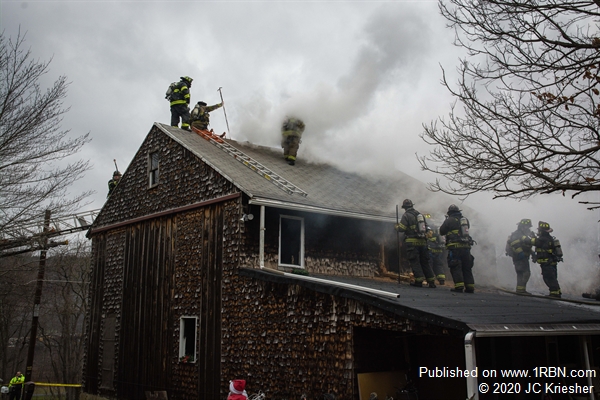 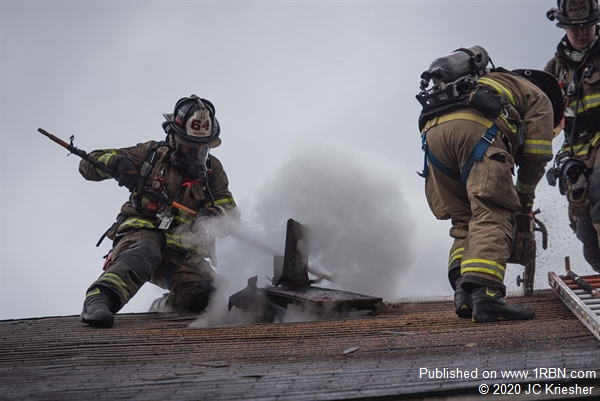 Photo by JC KriesherA crew from Shenandoah Ladder 64-25 opens up the roof.

First responding units were advised of multiple calls reporting the side of a house on fire.

Englewood Engine 4-19 arrived on scene to find a working fire in a two-and-a-half story home with fire throughout the first floor. Engine 44-15 arrived second due and laid LDH from a nearby hydrant, which was picked up by Engine 43-10. Tiller 64-25 arrived to take the address while Engine 48-15 dropped a long lay from the East side of the address, which was secured at a hydrant by Engine 44-10.

Multiple lines were stretched off 4-19 toward the building. Crews made an attempt at an interior attack, but found the floor to be compromised in multiple areas. Flames were knocked down from the exterior as crews ascended to the roof to ventilate.

Firefighters could also be seen working off a porch roof on the 'C' side and were able to enter the second floor to knock down the fire.

Four people were displaced from the residence per a radio request for the Red Cross. Marshal 44 placed the fire under control at 11:31 A.M. A request was placed for the State Police Fire Marshal. Firefighters ensured all hot spots were extinguished and began wrapping up equipment after Noon.