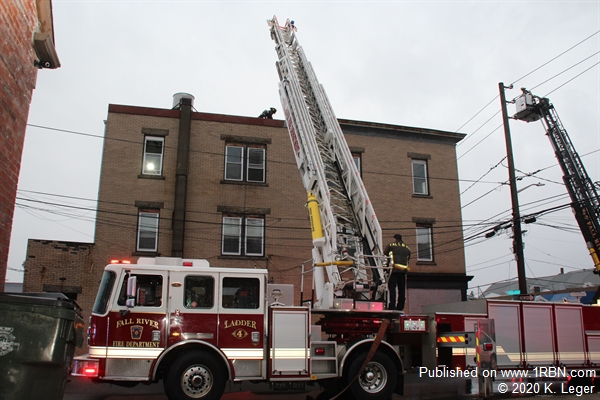 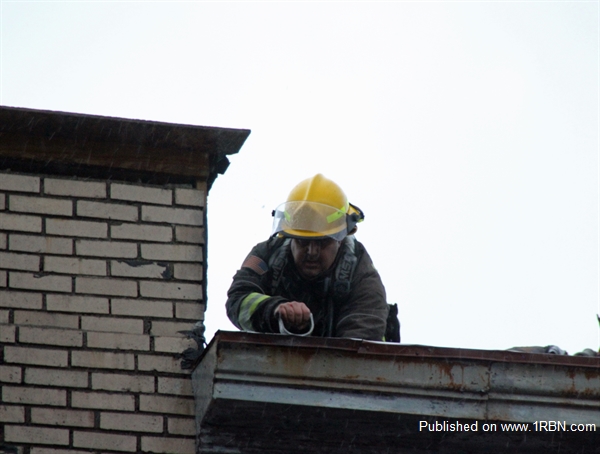 Fall River, MA - During a heavy rain and wind event on November 30th, with wind gusts reaching 60 mph, firefighters responded to 659 Bedford Street for a fire investigation. On arrival, Engine 2 reported flames showing from the roof. Engines 2, 9, and 12, along with Ladder 4, Platform 1, Heavy Rescue 1, and Car 2 responded. Car 2 called for an extra pump to be dispatched immediately and all companies went to work. Firefighters were forced into heavy overhaul on the roof using saws and power tools trying to expose the hidden fire along the roof line where the metal flashing met the outside walls. There was also heavy fire damage to the top floor. It appeared to investigators that the heavy wind had caused a power line to make contact with metal building components. The Red Cross provided shelter for one displaced resident.