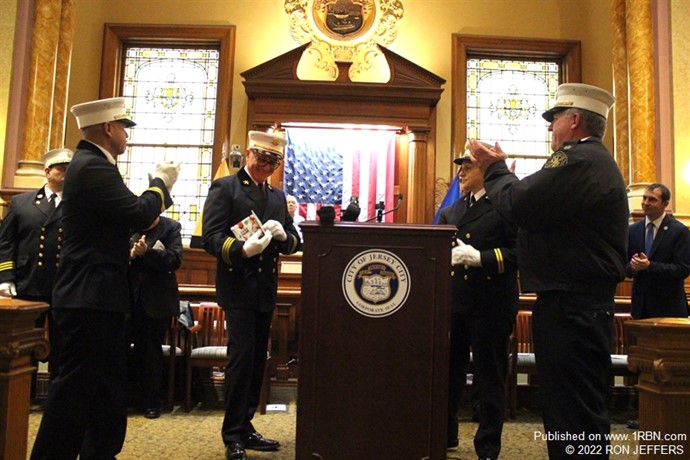 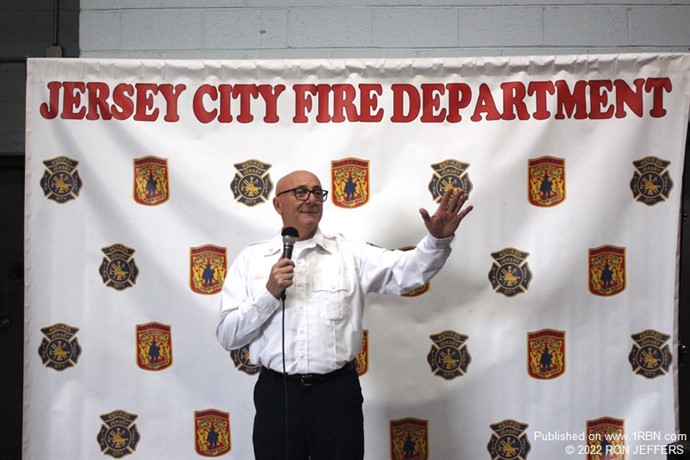 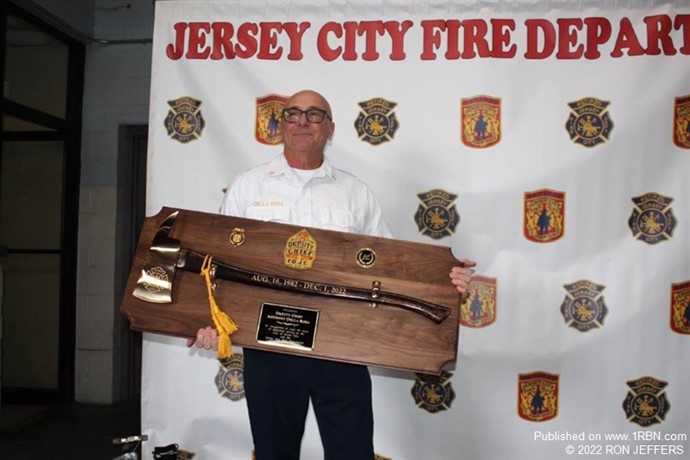 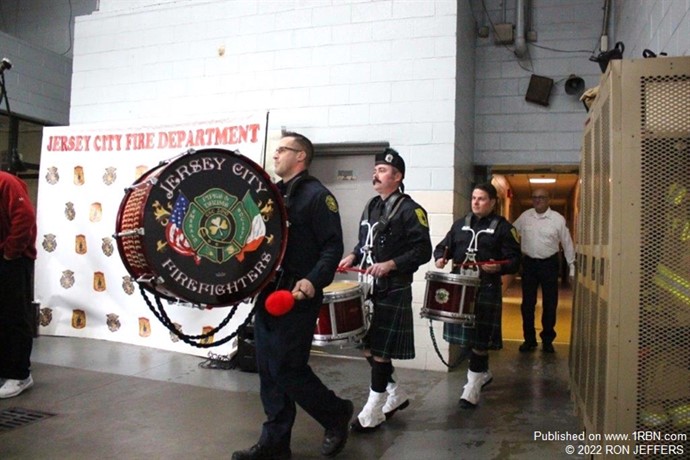 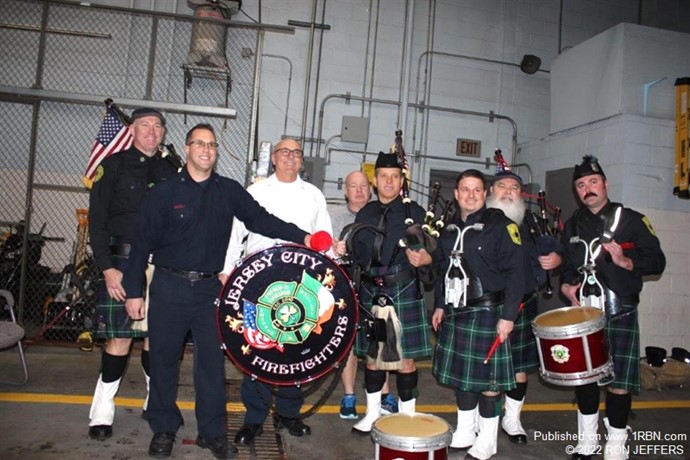 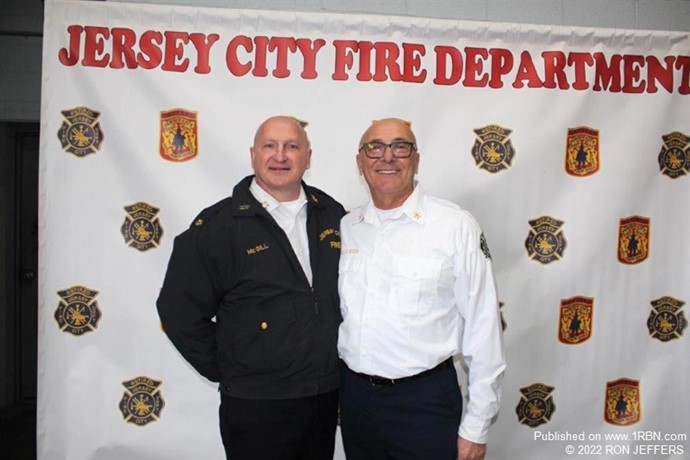 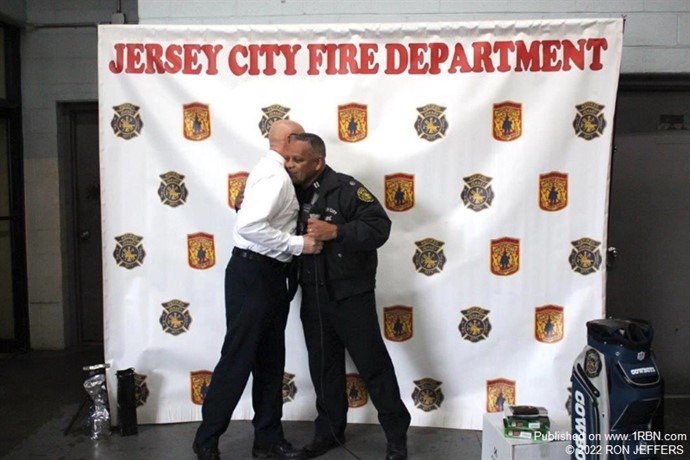 JERSEY CITY, NJ - After 40-plus years, Deputy Chief Anthony Della Rosa retired on November 29th. On this day, besides being tour commander of Group “A", he was the master of ceremony for the department's promotion of four new deputy chiefs, at City Hall.

After the new officers were sworn in, Deputy Chief Zappella presented her mentor with a gift, and she praised him for his caring of the members of the department. This was also a very special day for Zappella, who became the first female deputy chief in the department's history.

Returning to the firehouse on Marin Boulevard, the apparatus floor was filled with on and off duty firefighters, retired members and friends. They all congratulated and wished D.C. Della Rose the best in his retirement; and, they presented him with gifts.

“Deputy Chief Jack Johnson said, “His priority has been the safety and care for all the members. He has always made taking care of our members his number one job. A great communicator and boss.”

Chief Della Rosa said he loves his city and the Fire Department. He added that he would stay if he could. But, it's time to retire as per the Division of Pensions and Benefits.