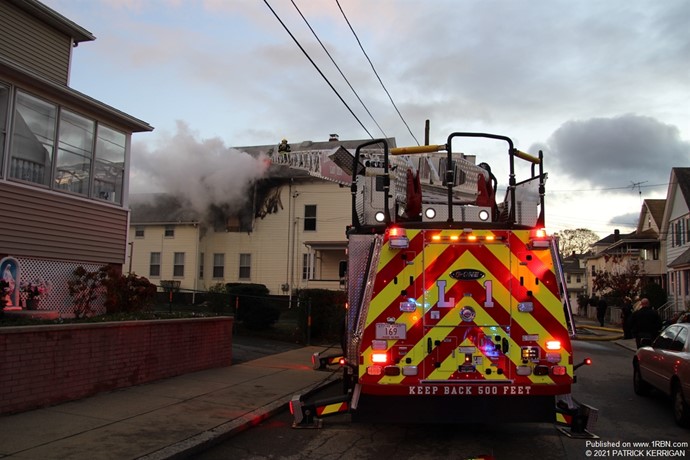 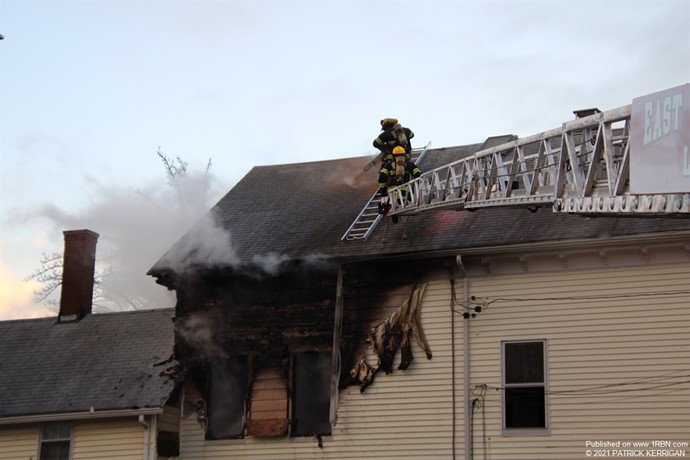 EAST PROVIDENCE, RI - East Providence firefighters were dispatched to a reported building fire on Sixth St. during the early afternoon of November 26th.

The first due engine arrived on scene to a three-story, wood-frame with fire showing from the second floor on side 2. The Battalion Chief struck a second-alarm, bringing in mutual aid to the fire and to cover the city.

EPFD L1 opened up the roof while interior companies made an aggressive attack. Companies had the fire knocked down in a short amount of time.