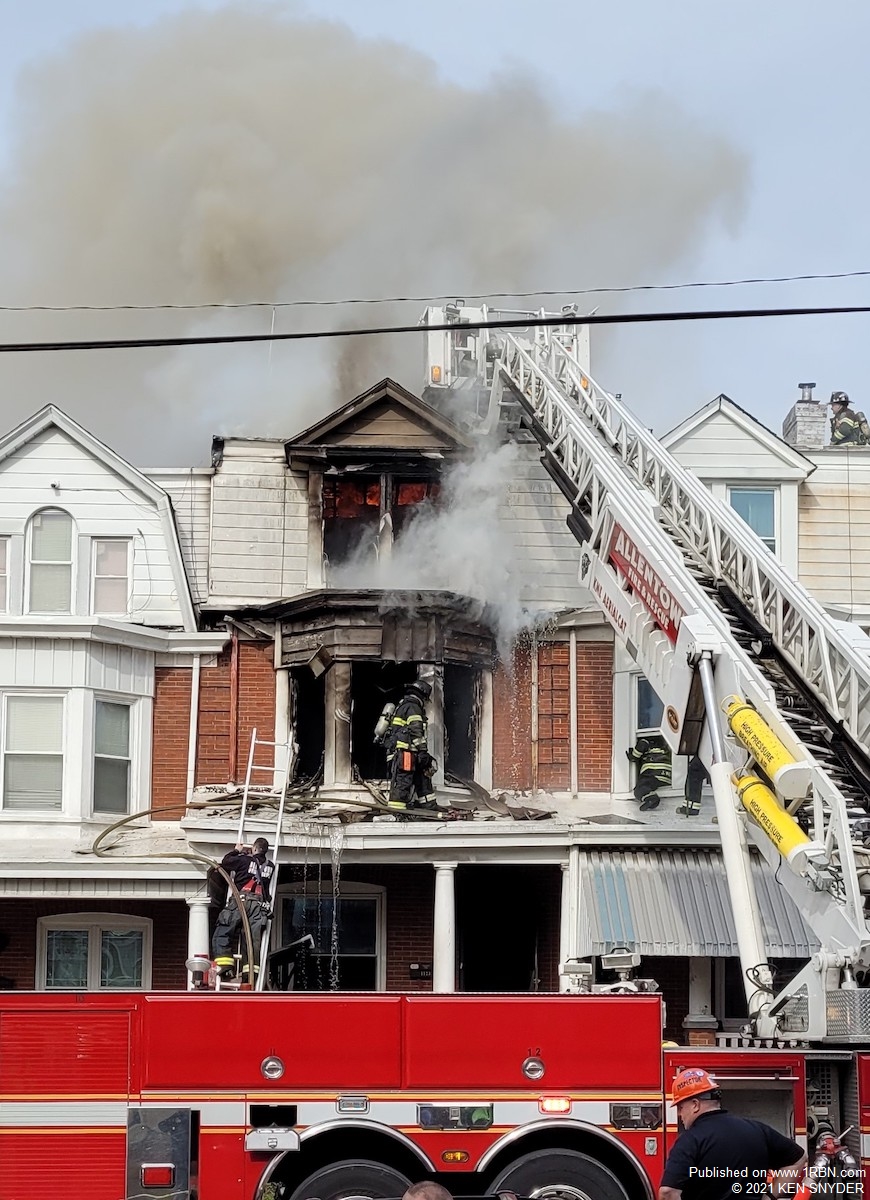 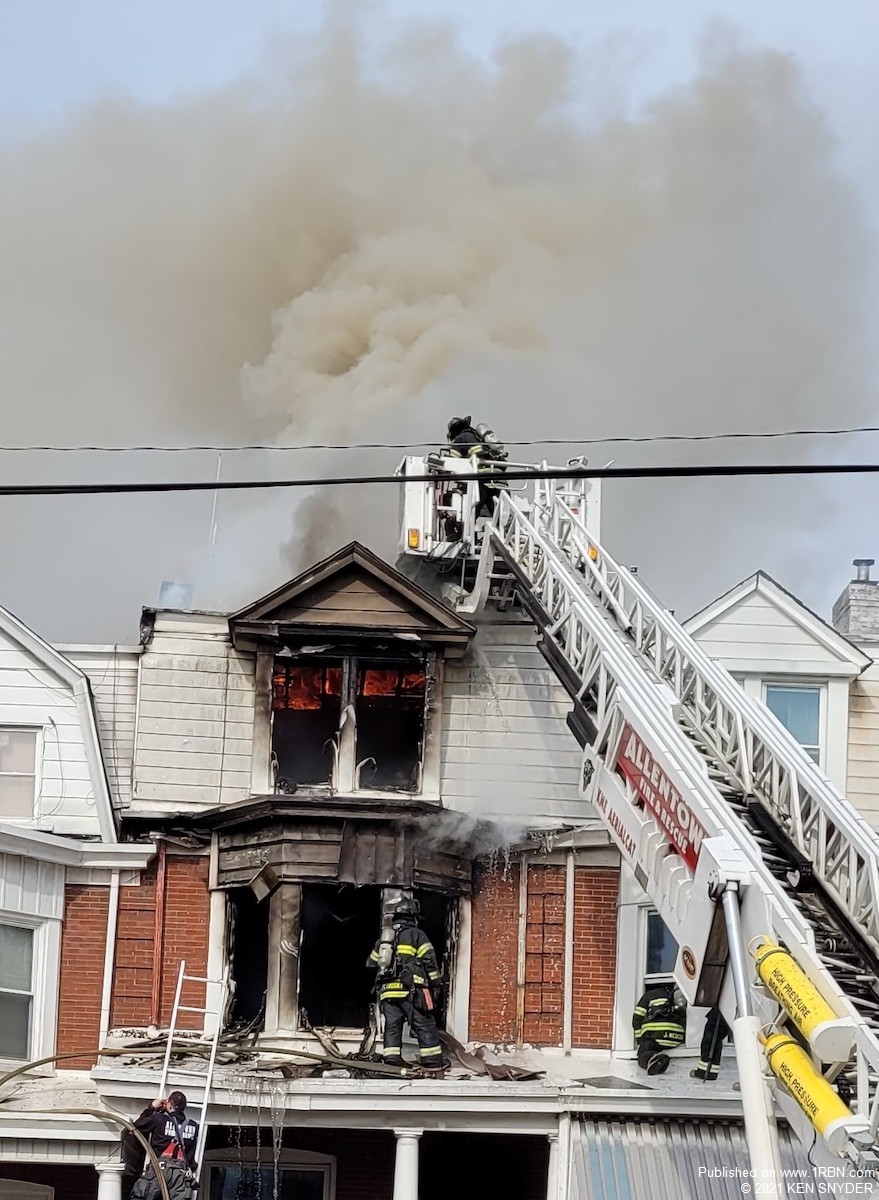 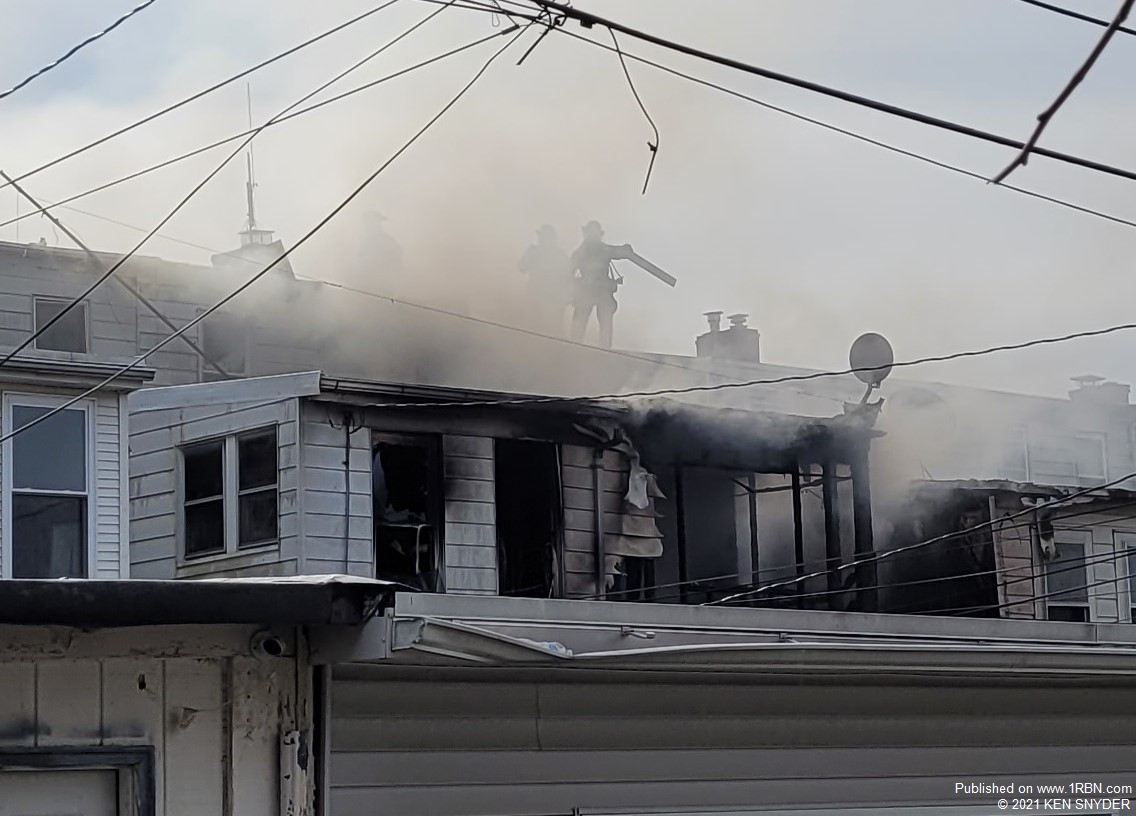 Photo by KEN SNYDERRear of the fire building.

ALLENTOWN, PA - A three-alarm, middle of the row dwelling fire located at 1123 Tilghman St. raged for several hours on November 11th. This late morning fire in a two-and-a-half story boarding house is believed to have started in the rear of the building.

At the time of the fire, there were five people inside the building, all of whom were able to get out safely. One firefighter was treated on scene by EMS while another firefighter was taken to St. Luke's Hospital Allentown for exertion. Besides the fire building, three other residences received damage.The American Red Cross was contacted for support of more than a dozen displaced people.

While also responding to the fire, an Allentown Police patrol car was involved in an accident at 8th and Union Sts., with the car being overturned. The driver was taken to the hospital with minor injuries.