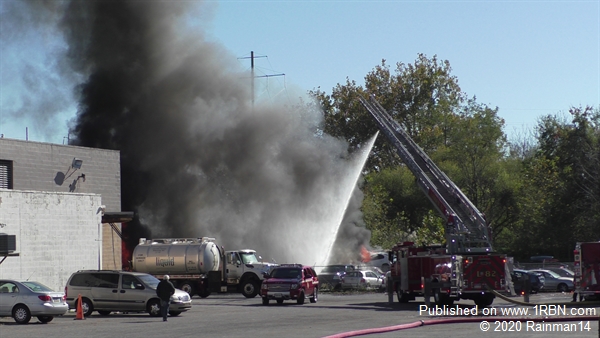 Photo by Rainman14Ladder 82 uses it’s masterstream to douse the blaze that swept through the junkyard. 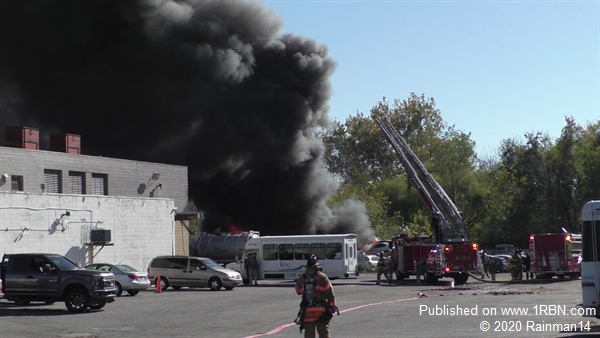 Photo by Rainman14Black smoke shot high into the air as several cars burned inside a junkyard. 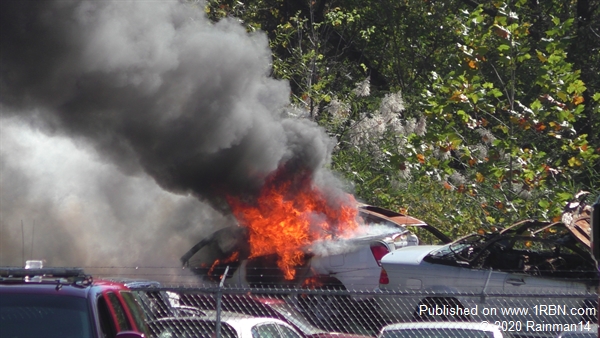 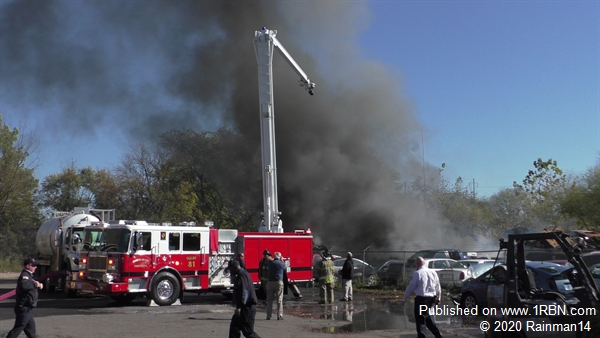 Photo by Rainman14On the same day it was delivered, Squrt 81 was placed into service for the first time to battle a junkyard fire on 11/4/20.

Chester, PA - On November 4th just after 11:00 A.M., Chester Bureau of Fire Engine 82 was dispatched to a vehicle fire at E 9th St. and Elsignore Pl.

Seconds after dispatch, Chester Car 3 was advised that it was reported to be multiple vehicles on fire in a junkyard. With that additional, Ladder 82 was added to the call. Engine 82 laid into the scene and found over a dozen cars involved. Engine 81 was requested to the scene as Ladder 82 began to set up masterstream operations.

Not even in service yet, the new Squrt 81, which was just delivered, responded to the scene with Car 4 and Seagrave representatives on board. The Squrt was placed into service on the same day it was delivered and operated for over an hour at the scene of the fire.

Approximately 40 cars were damaged by the fire. Crews cleared the scene after operating on the fire ground for over two hours.