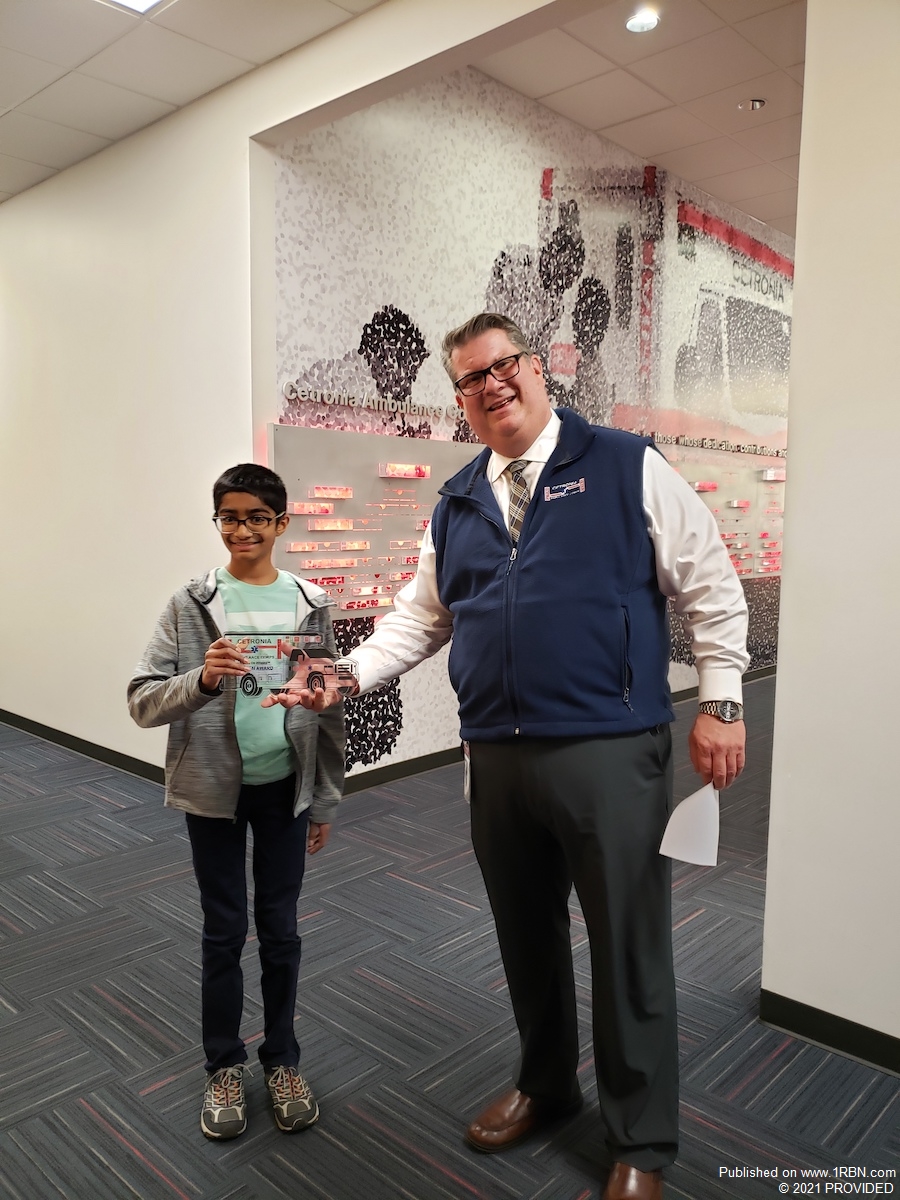 Anish is a three-time, PA State Chess Champion. His passion for the game and his community-minded spirit led him to host his second annual chess camp over the summer. His goal is to teach other kids around his age how to play the game. Last year his proceeds went to the Allentown Rescue Mission. With his first year selling out, Anish decided to add a second session of camp for 2021. In addition to the Allentown Rescue Mission receiving the proceeds from year two, Anish chose Cetronia Ambulance Corps as the other designee after he saw their crews in action when his father became ill and needed emergency ambulance service.

“From the moment I got the voicemail from Anish, I knew he was a special kid. He spoke well beyond his years and was extremely passionate about wanting to teach the world how to play chess,” said Kim Blichar, Director of Marketing and Public Relations for Cetronia Ambulance Corps. “I worked with Anish to develop a payment portal and from there we were on our way to overselling the camp by jointly promoting it.” Cetronia’s portion of the proceeds totaled $420.

“It is impressive that someone of Anish’s age is willing to go above and beyond to make a difference in our community,” said Robert F. Mateff Sr., CEO of Cetronia Ambulance Corps. “We are very proud of what he did for not only our organization, but the Allentown Rescue Mission as well. We are honored to provide him with this new award.”

Anish resides in Upper Macungie Township with his parents. He is an active teenager involved in basketball, cycling, math and science fairs, and can rapidly solve a Rubik’s cube. More information about his camp can be found here: https://pallodanish.wixsite.com/chessduringcovid19.

Cetronia Ambulance Corps is a nonprofit 501c3 organization. Serving our community since 1955, we proudly serve Lynn, South Whitehall, Upper Macungie, Weisenberg and Whitehall townships, as well as portions of Lowhill, Salisbury, Greenwich and Albany Townships, and the Borough of Coplay in Eastern Pennsylvania. Our mission is to be the leader in emergency medical services, transportation, and community health resources.

Cetronia Ambulance Corps is one of the largest providers of ambulance services in Eastern Pennsylvania, employing 135 full- and part-time career associates, 20 active volunteers and boasting a total fleet of 41 vehicles, including 19 ambulances, 20 para-transit vehicles, a supervisor’s vehicle, and a special services unit. As the regional leader in EMS, Cetronia Ambulance Corps fields over 42,000 calls annually, covering an emergency service area that spans across 130 square miles, touching more than 226,000 people, and a non-emergency coverage area that encompasses five counties. Cetronia Ambulance Corps is proud to support the residents of the Greater Lehigh Valley and Pocono Mountains and remains dedicated to community involvement, outreach, and education throughout the Lehigh Valley region.