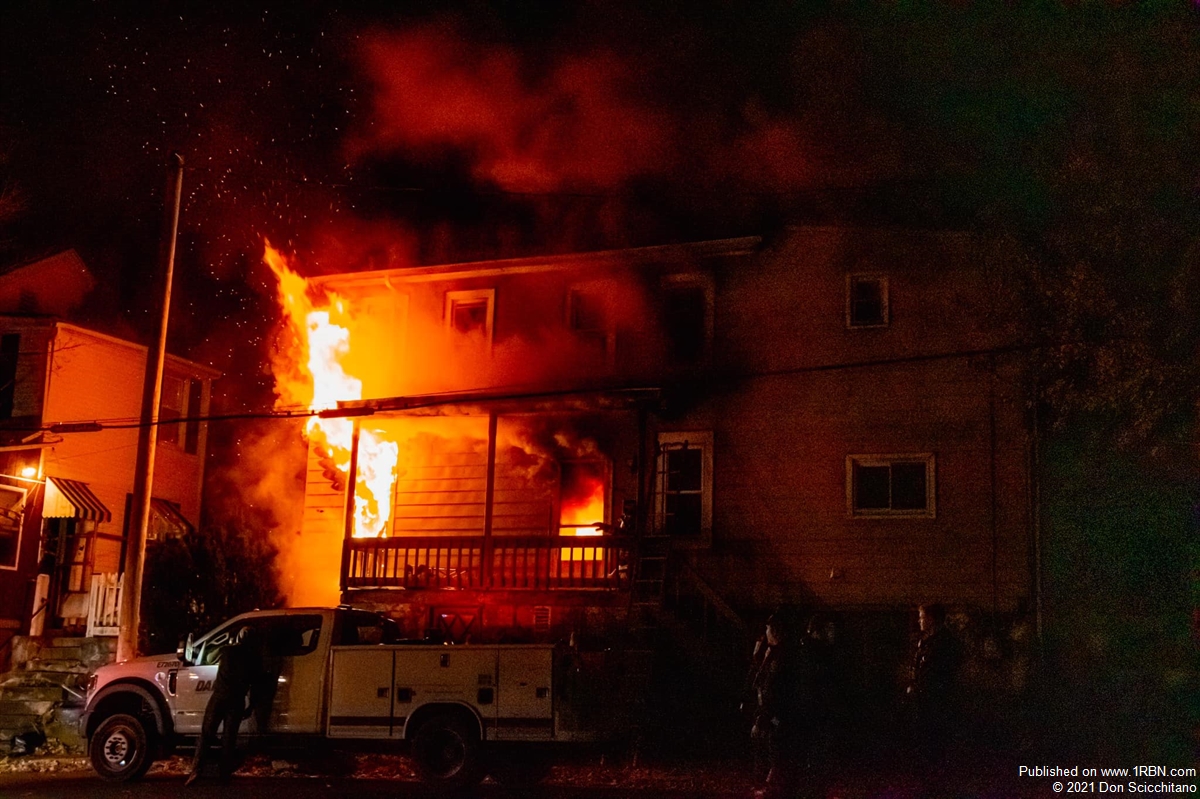 Photo by Don ScicchitanoFlames shoot out of the first floor of the structure prior to fire department's arrival. 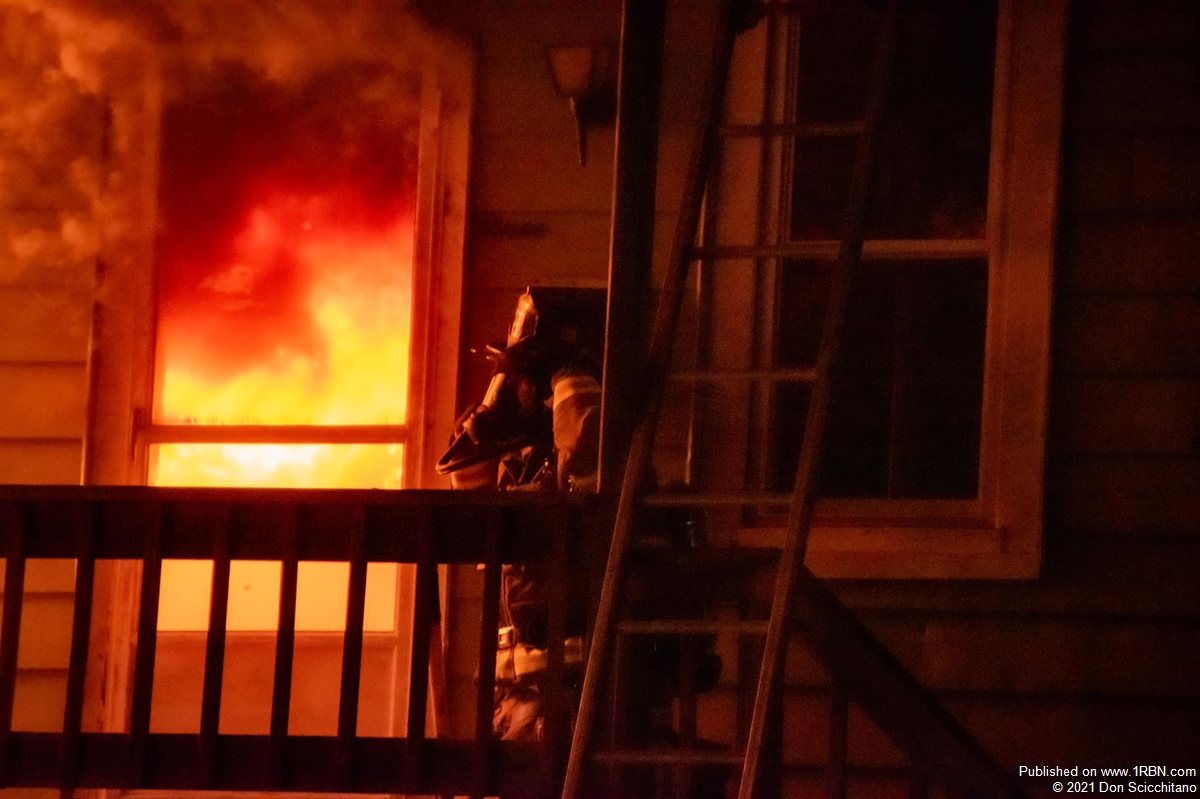 Photo by Don ScicchitanoA firefighter prepares to make entry of the structure. 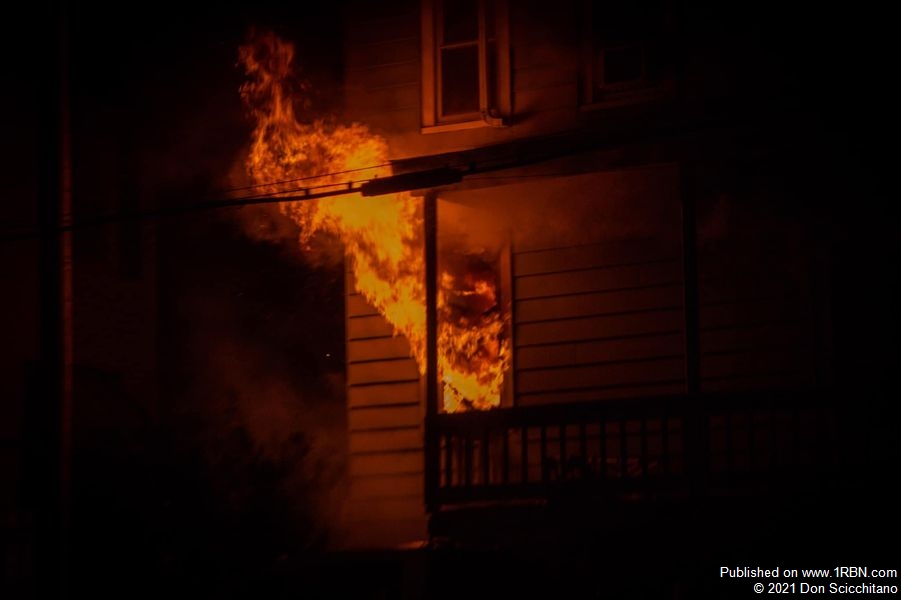 Photo by Don ScicchitanoFlames vent out a window on the first division after burning through.

MOUNT CARMEL, PA - On Friday, November 19th, just after 10:00 P.M., Mount Carmel Fire Department and surrounding areas were alerted to a working fire at Second and Walnut Streets in the borough.

While units began to respond they were given information that police were on scene with a working fire and reporting possible entrapment of two persons. Before firefighters made the scene Patrolman Tyler Herbster, a borough police officer, and his ride along, grabbed an extinguisher and tried to make entry, but backed down and left the front door open when the fire came at them per the ride along.

Truck 2 was the first to arrive, followed by Atlas Engine 21 shortly after. Engine 21 laid down the block from the hydrant at Second and Chestnut Streets and deployed lines to begin to suppress the fire. During the fire it was learned that the occupants were not home, and were safely accounted for when they arrived on scene.

Patrolman Tyler Herbster was treated at the scene for smoke inhalation after trying to check for victims before fire department arrived. No other injuries were reported. The cause of the fire was ruled accidental, with the fire originating in the flue of the furnace and spreading from there through the walls of the structure.