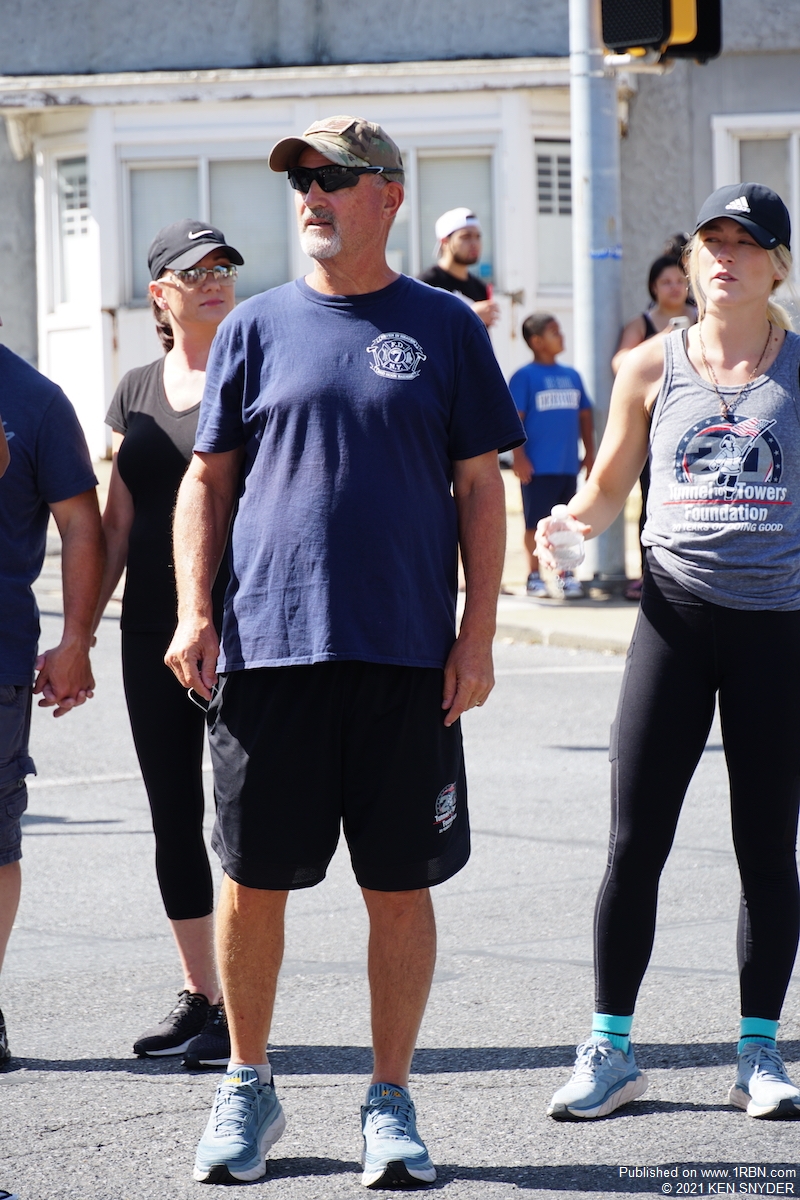 Photo by KEN SNYDERFrank Siller and friends gather for the parade walk. 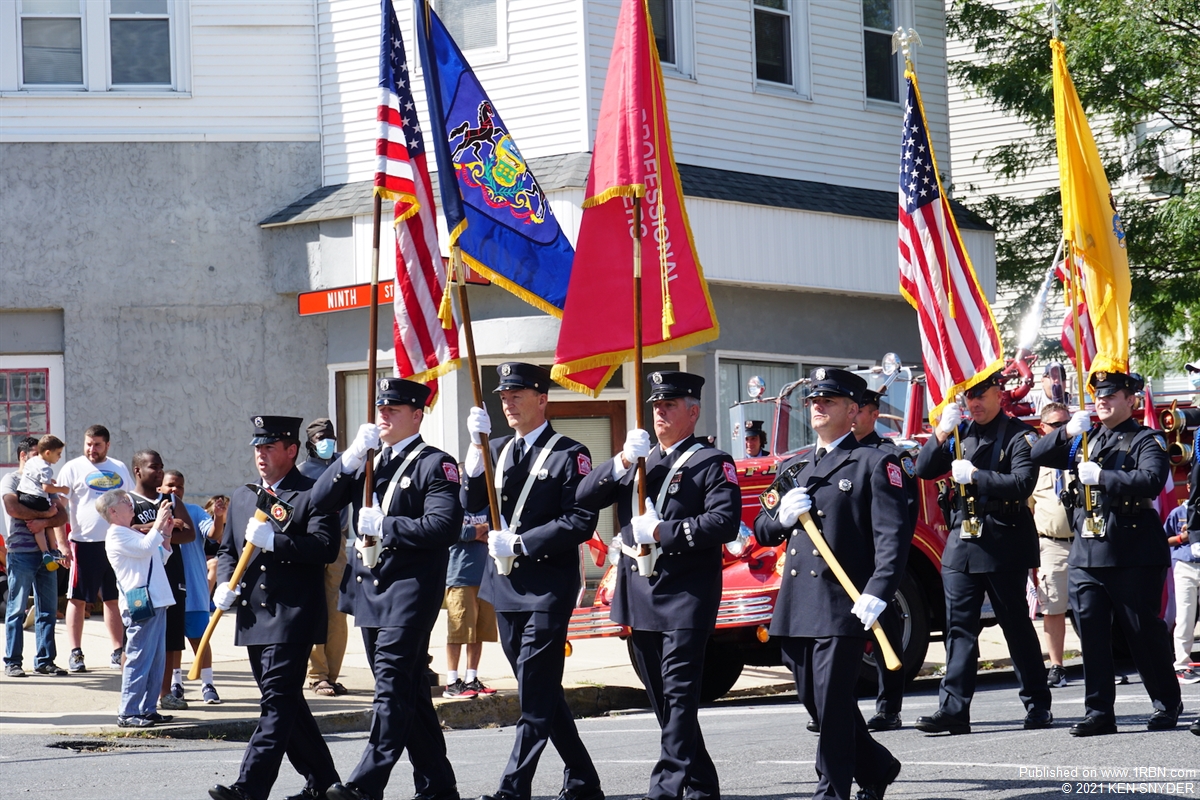 EASTON, PA - On September 4th, the Tunnel to Towers Foundation commemorated the 20th Anniversary of the 9/11 Tragedy with a parade and a dedication. The parade started at
9th and Northampton Streets at 11:00 am and proceeded to Centre Square. The parade consisted of first responders and apparatus from PA and NJ, police units, veterans and community groups, and the Easton Area HS Marching Band.

At Centre Square, the noon event began with honoring all First Responders. The patriotic program consisted of Wilson High graduate and Broadway Star Dee Roscioli singing the National Anthem, remarks from Tunnel to Towers Frank Siller, a check presentation of $ 100,000 from the Star auto dealerships to the Foundation, the releasing of doves, and the singing of God Bless America by the public. Afterwards, a bar-b-que picnic was served by retired FDNY members and 9/11 exhibits were placed on display. Easton was the last stop in PA for the Foundation as they then proceeded to Morristown, NJ Sunday for the next 9/11 commemoration.