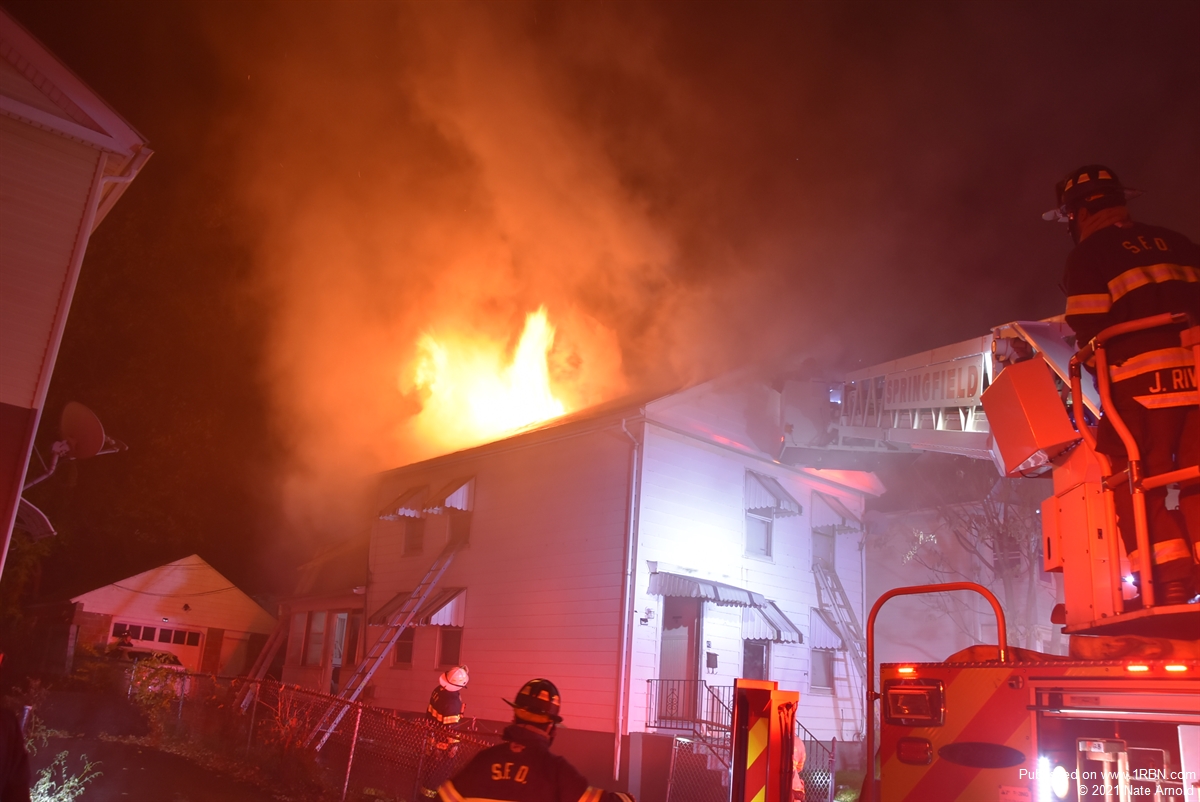 Photo by Nate Arnold Truck Co. 1 works to open the gable end vent on the A side of the home as fire vents from the roof. 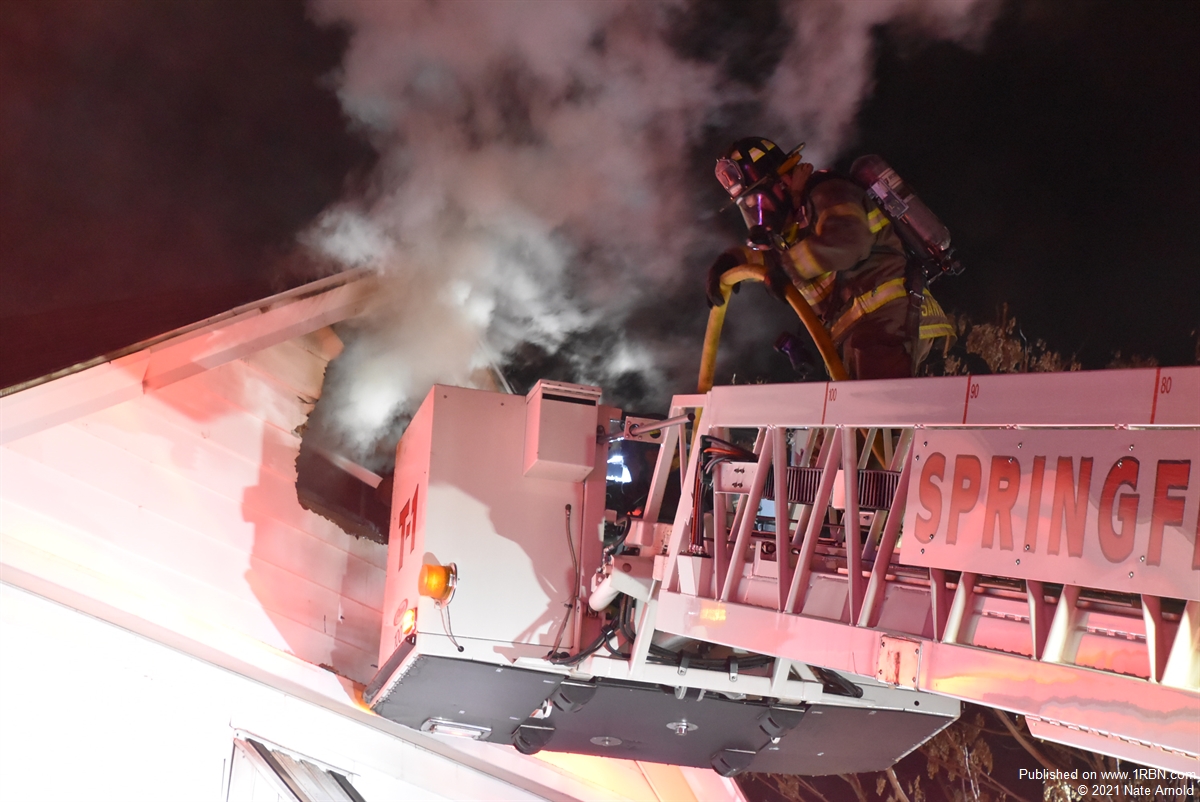 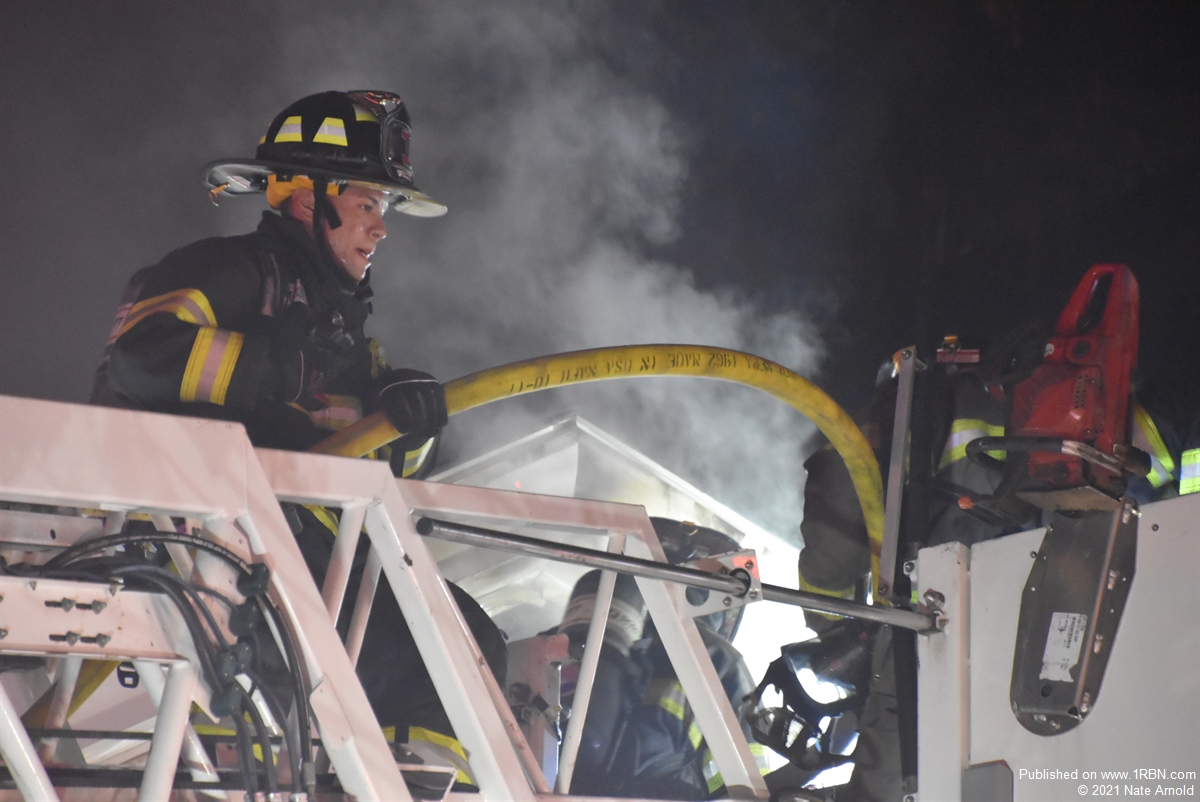 An early evening structure fire in the South End neighborhood of Springfield on Saturday November 20, 2021 displaced 5 residents and did an estimated $100,000 damage to the single family dwelling at 45 Loring Street.
Springfield jakes were called to respond to the reported address just before six o'clock and first in companies arrived to find smoke and fire venting from the home less than 6 minutes after dispatch. Engines began stretching on the dwelling while the truck companies began ventilation work but the fire already had a terrific head start on the members before the first line was laid. Crews on scene fought hard but the fire took hold in the attic of the home and for several minutes early in the fire fight, four foot flame tongues vented from the roof.
The fire was brought under control just over an hour after dispatch but companies remained on scene for nearly an hour more overhauling the building and checking for hot spots. No injuries were reported and the Arson Squad determined the fire started due to a cooking mishap in the kitchen of the home.