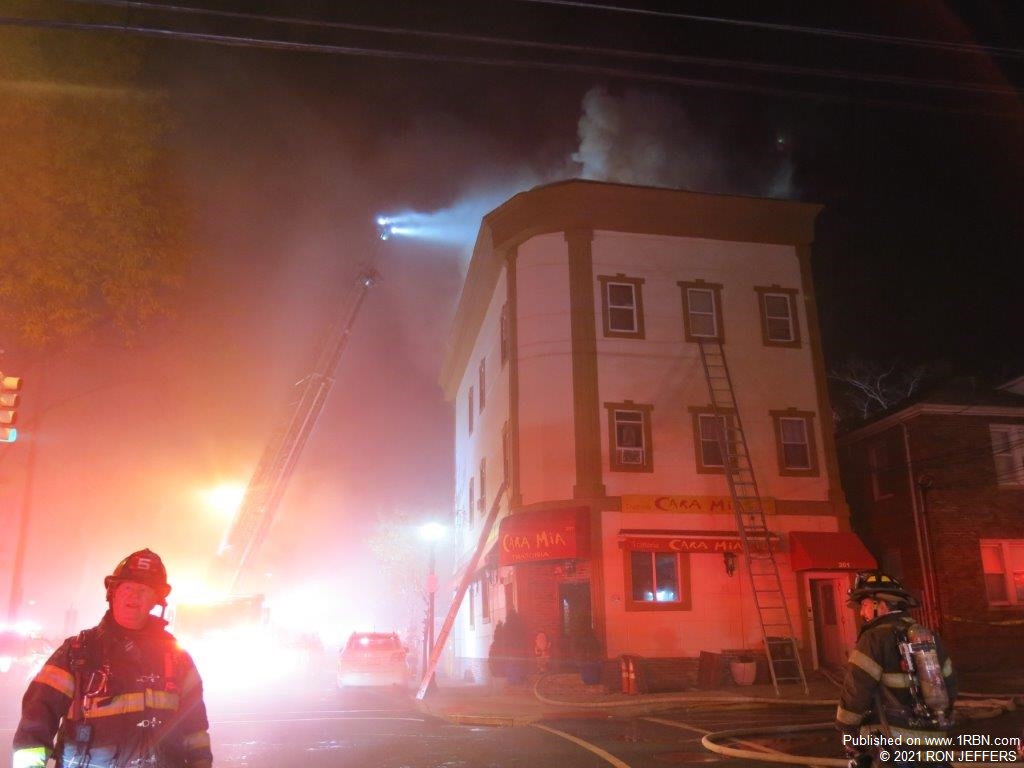 Photo by RON JEFFERSLow-banking smoke filled the Guttenberg neighborhood as fire traveled up walls to the roof of the 70th street building. 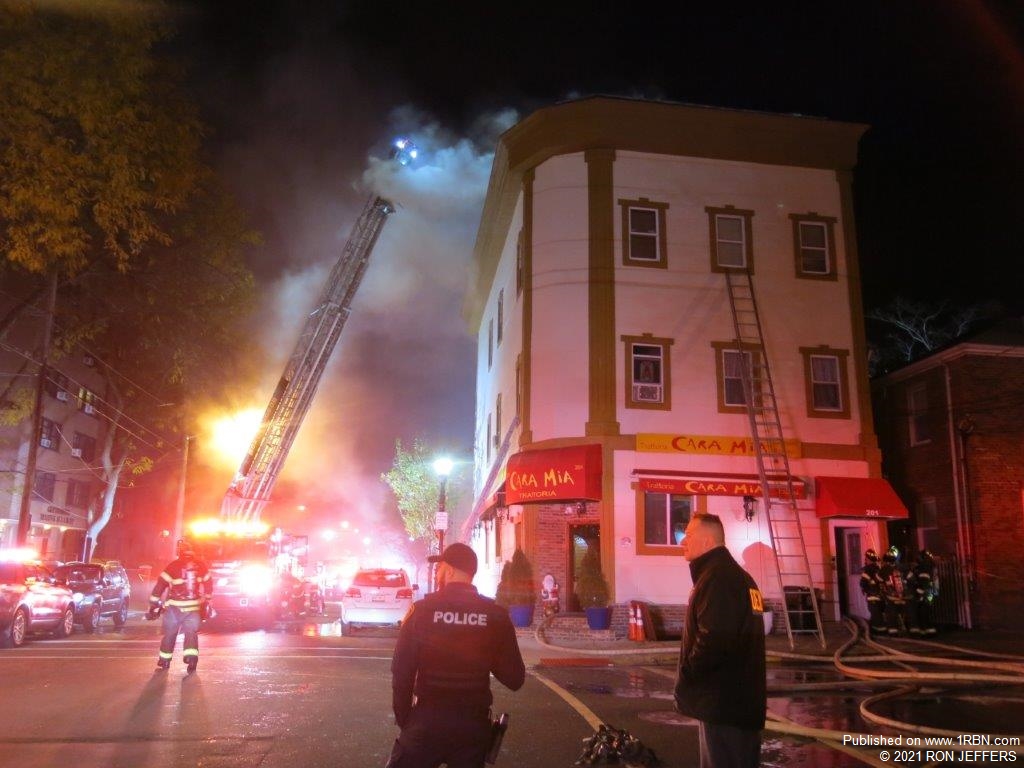 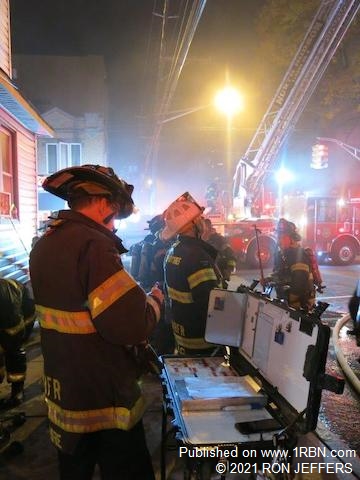 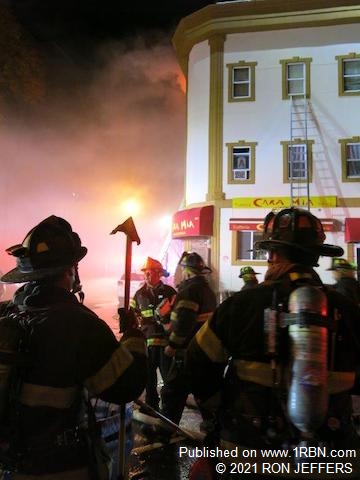 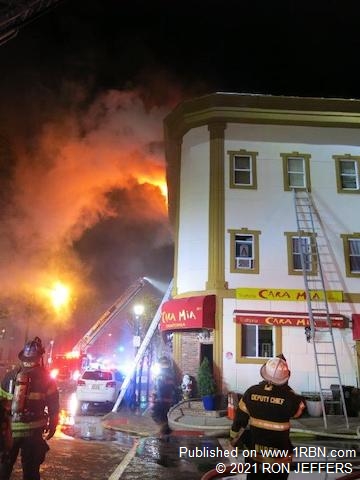 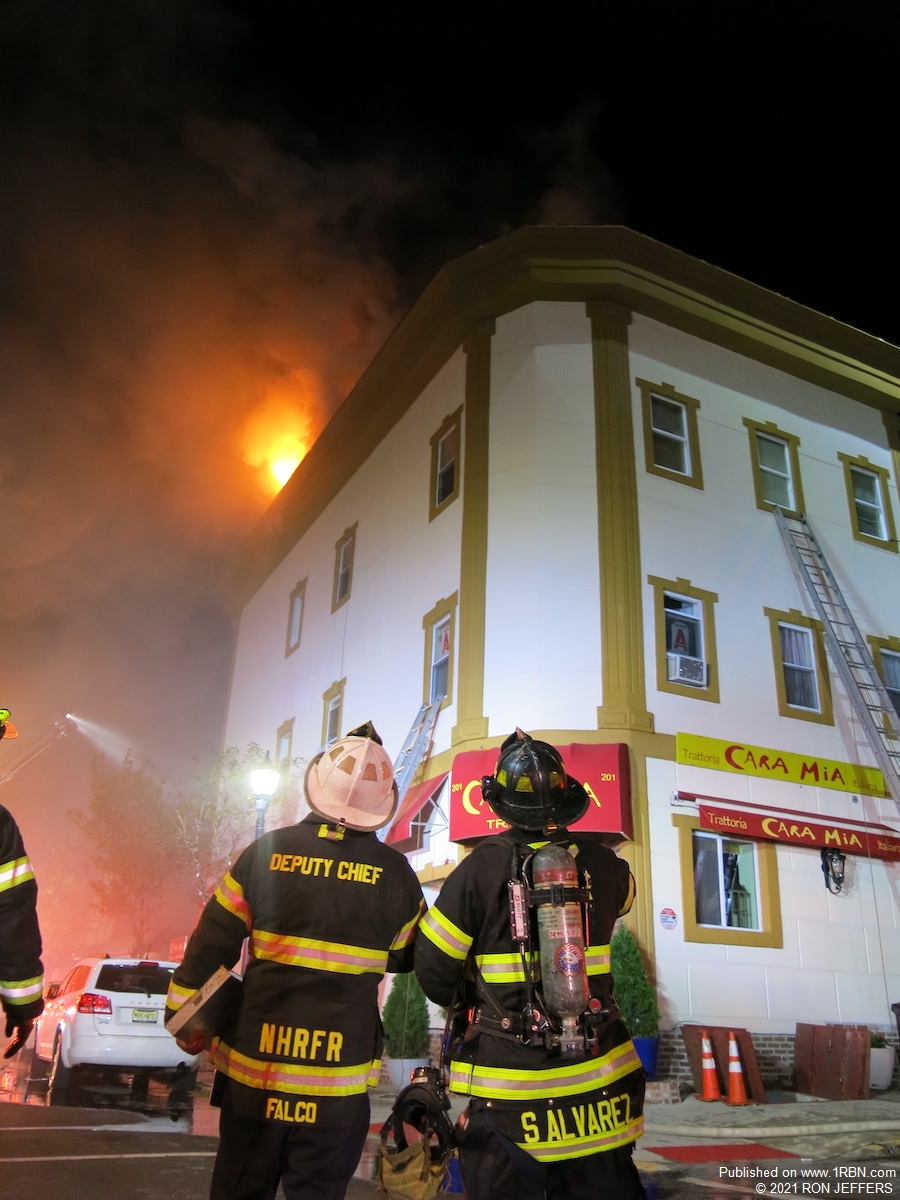 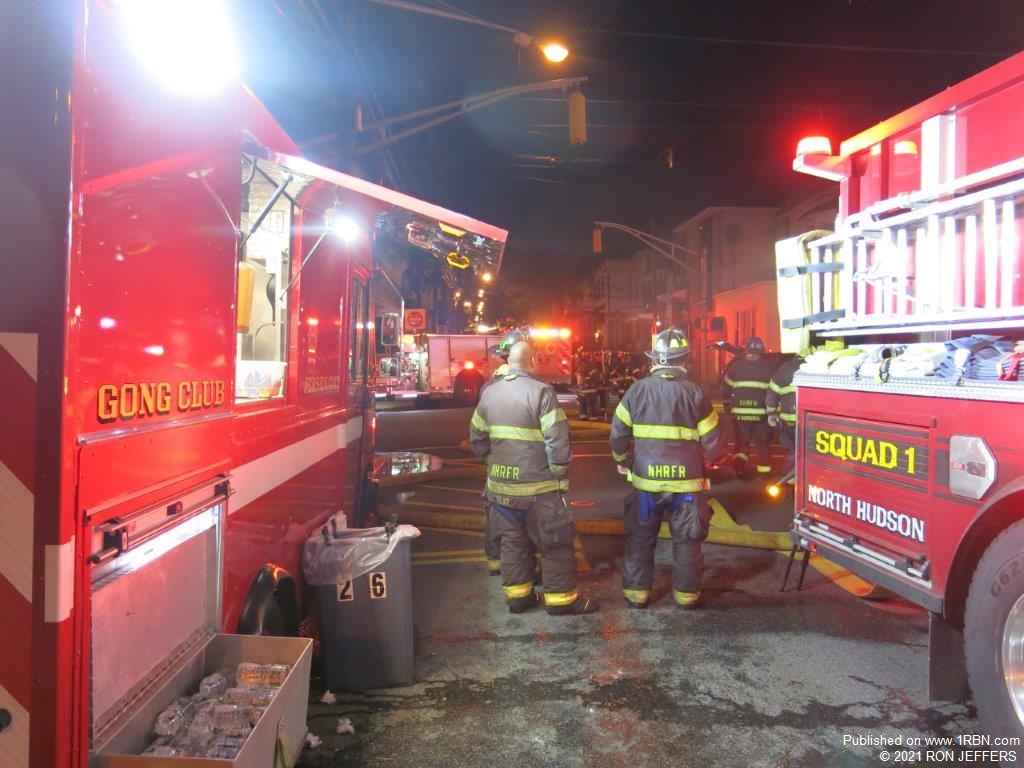 Shortly after 9 p.m., on November 19th, an AFA assignment of three engines, one truck and a battalion chief were dispatched to 201-70th Street. Police Officer Jabber arrived and reported smoke in the rear of the first floor restaurant. Upon arrival of the first fire companies, the assignment was filled out, dispatching another engine, truck, rescue, safety officer, RIC team and Deputy 1.

Firefighters made an interior attack as smoke continued to thicken. All occupants of the restaurant and apartments were removed, as a second alarm was transmitted. Interior units reported fire traveling “voids on the 'C' side,” and a third alarm was struck by Deputy Chief Mike Falco.

Inside the building, firefighters found a labor intensive situation with tin ceilings to pull to find hidden fire. Heavy smoke rolled out of the building and covered the neighborhood. Fire eventually broke through the roof of the structure located at the corner of Broadway. Flames attracted a New York TV station news helicopter that flew overhead to cover the story.

Numerous hand lines were used, along with a lot of “truck work.” The first two ladder companies on the assignment were aerial ladders. The second alarm truck, Tower Ladder 3, was a block away due to the narrow and congested streets that are common in this area. Truckees used an aerial ladder and saws to open up the top-floor sidings on Broadway, where firefighters had difficulty gaining access to flames from the interior. After the heavy fire was knocked down, apparatus was moved from the Broadway side of the building and Tower Ladder 3was placed into position. Firefighters opened up the space along the “B” side of the building to expose the hidden flames and knocked them out with a tower monitor.

One firefighter suffered non-life-threatening injuries and was taken to Palisades Medical Center, in North Bergen, where he was treated and released.

The main body of fire was was knocked down around 10:40 p.m. Weary firefighters took breaks outside of the building and walked a block away from the scene to the Gong Club canteen truck for bottled water, hot chocolate or coffee.

As a side note, the fire occurred on the eve of the Gong Club's 70th anniversary party,that was delayed for one year due to COVID-19. In town, was Buffalo, N.Y., Fire Captain Ken Sikora, who is also a Gong Club member. He and his late father, Richard, became friends with club members in 1980 and developed a found relationship with New Jersey and its firefighters, ever since. Captain Sikora was the chauffeur of the club's canteen and set up the rehab station at the fire. He was later assisted by other club members at the scene. On the evening of November 20th, Captain Sikora received an award as a Life Member of the Gong Club. In addition, Cambridge, Ma., acting Chief of Department Gerry Mahoney, was at the fire with a club member. He too has had a long term relationship with the Gong Club, and the chief was in town for the anniversary party.