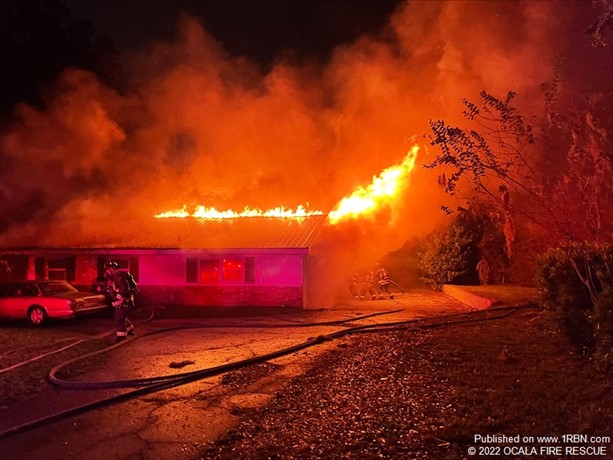 Units arrived to find a single-story residential structure with heavy flames showing from the attached carport and occupants outside the house. Two vehicles were burning inside the carport.

Engine 1 accessed the hydrant while Engine 3 attacked the fire from the carport opening with their pre-connected hose line. Rescue 3 advanced a second hose line toward the front door.

The fire was knocked down by 8:13 p.m. and extinguished by 8:27 p.m. Engine 7 assisted in extinguishment and overhaul.

Speaking with the occupants, firefighters learned that one of the two vehicles parked in the carport was not working properly. An unusual sound drew the residents to the carport, and that's when they noticed one of the vehicles was on fire. Residents evacuated the home and called 9-1-1.