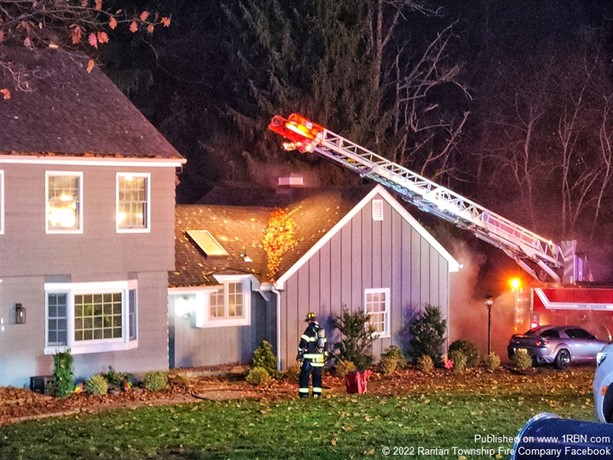 RARITAN TWP., NJ - During the early morning hours of November 7th, RTFC and mutual aid companies responded to a North Ridge Rd. address for a possible house fire. Arriving companies were met with smoke showing from a residential structure. With zero visibility, interior crews located a fire in the basement. The fire was quickly knocked, limiting damage to the rest of the structure. Crews checked for extension, vented the structure, and were clear in about two hours. Responding to the fire were agencies from Raritan Twp., Quakertown, Annandale, Clinton, Lebanon Borough, Readington, Three Bridges, and Flemington-Raritan First Aid Squad.