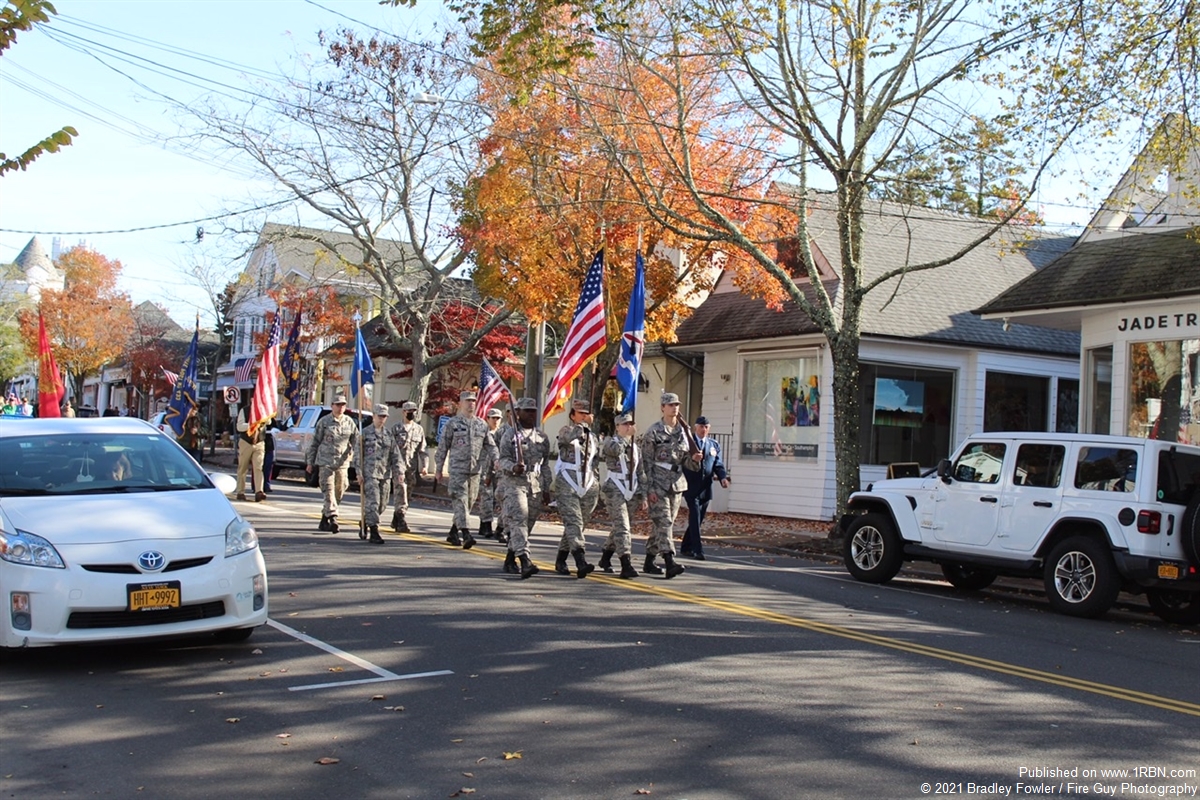 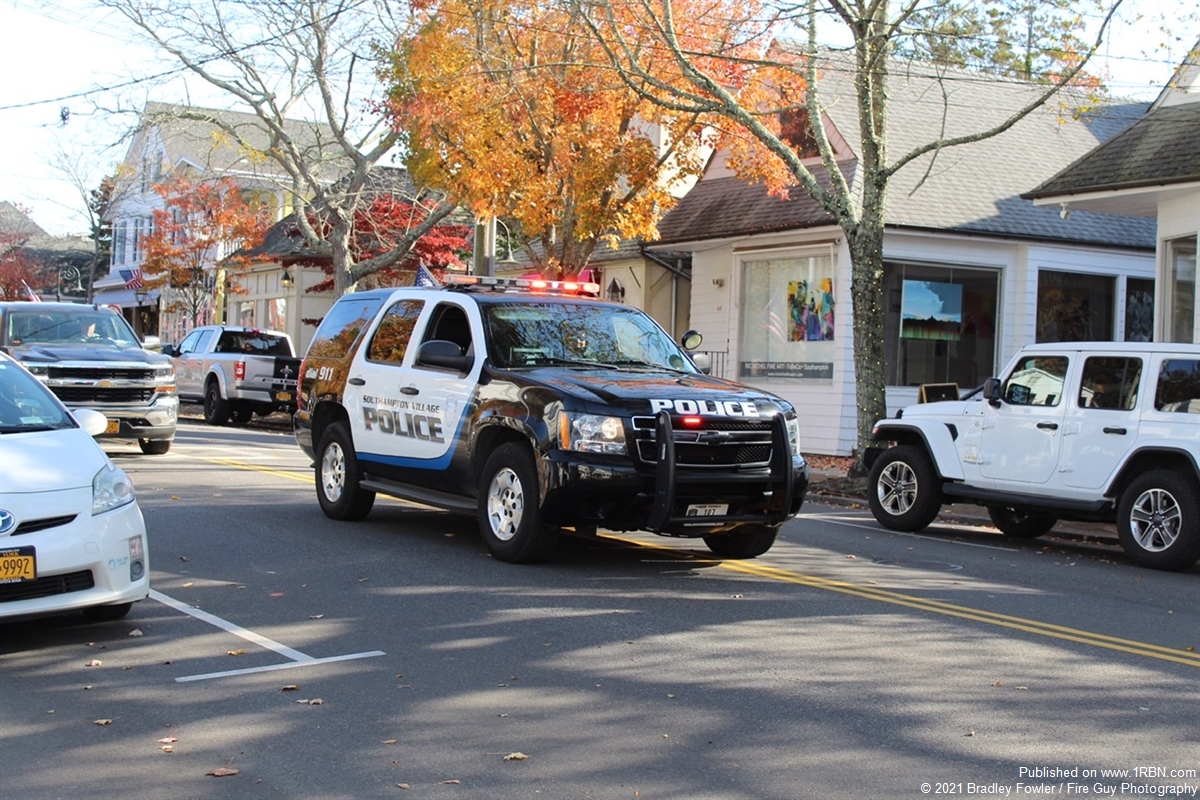 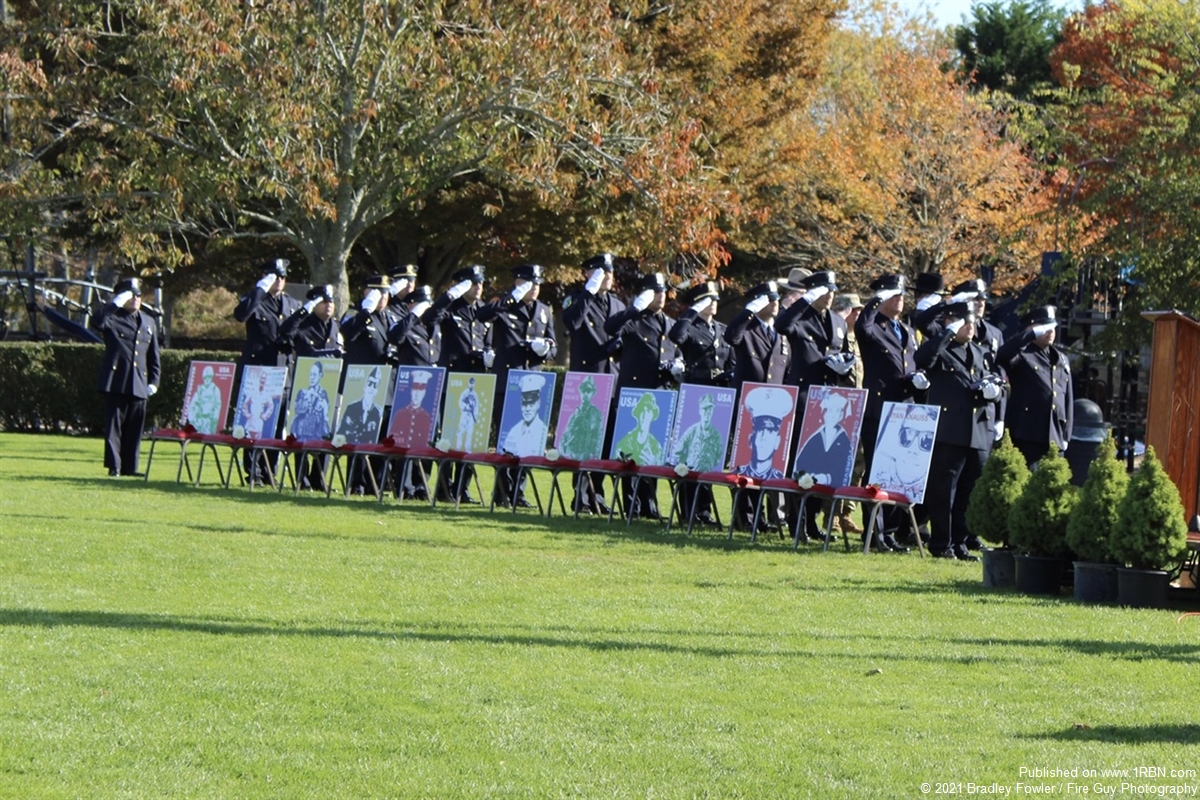 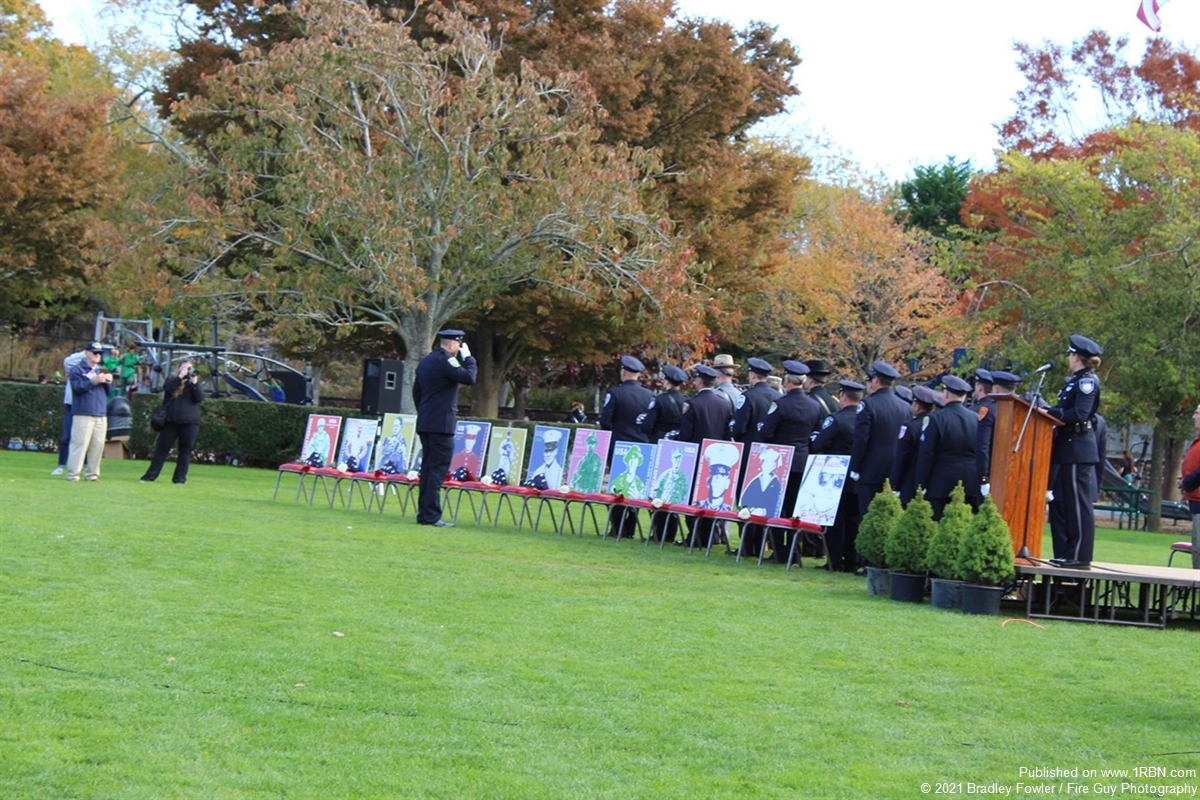 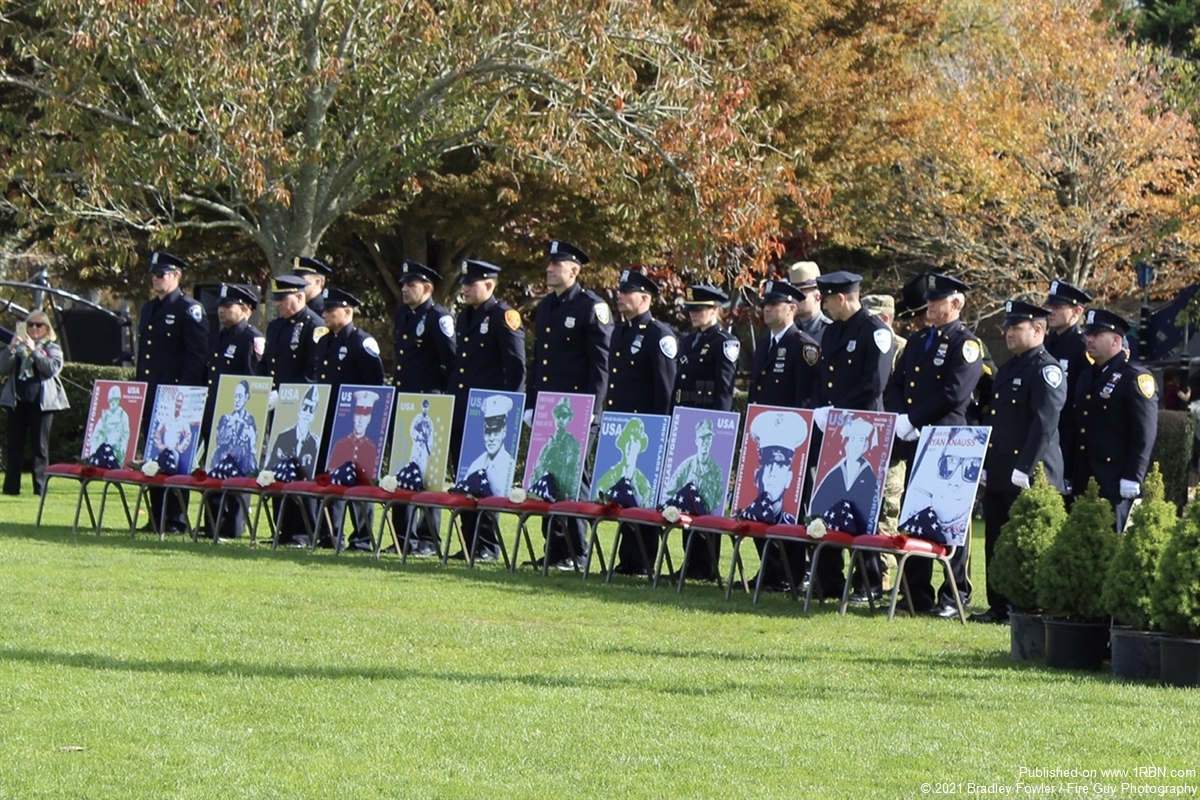 Photo by Bradley Fowler / Fire Guy PhotographyPolice Officers from Suffolk County standing behind photos of 13 Fallen Soilders who where killed in Afghanistan with Folded American Flags placed in front of them.