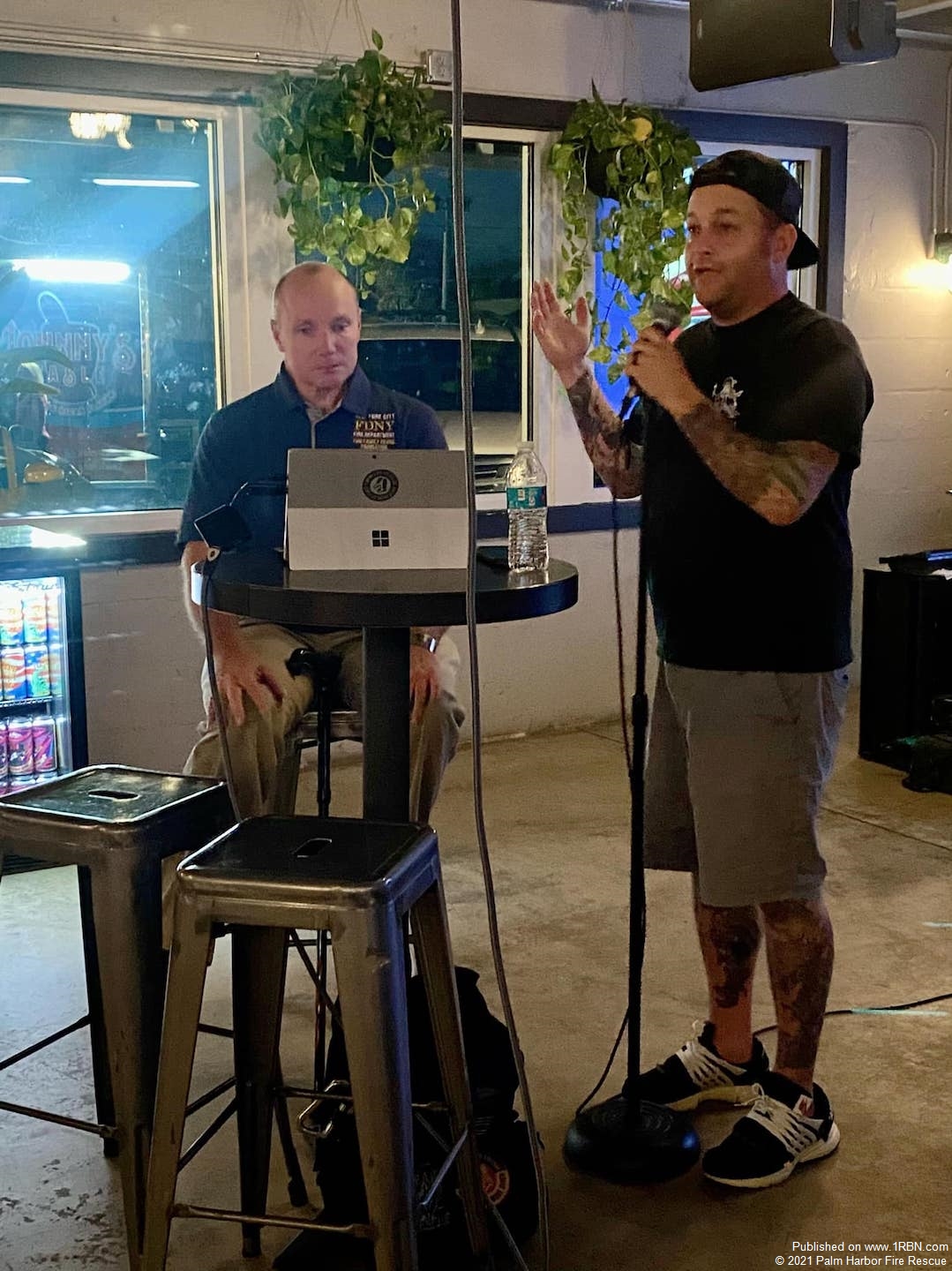 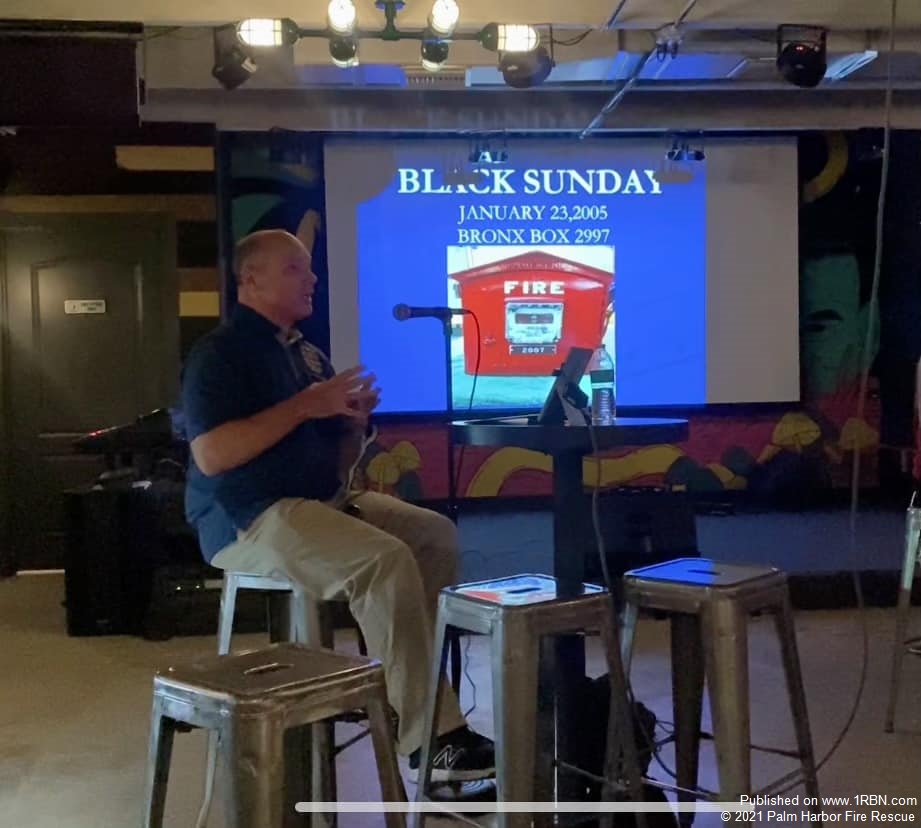 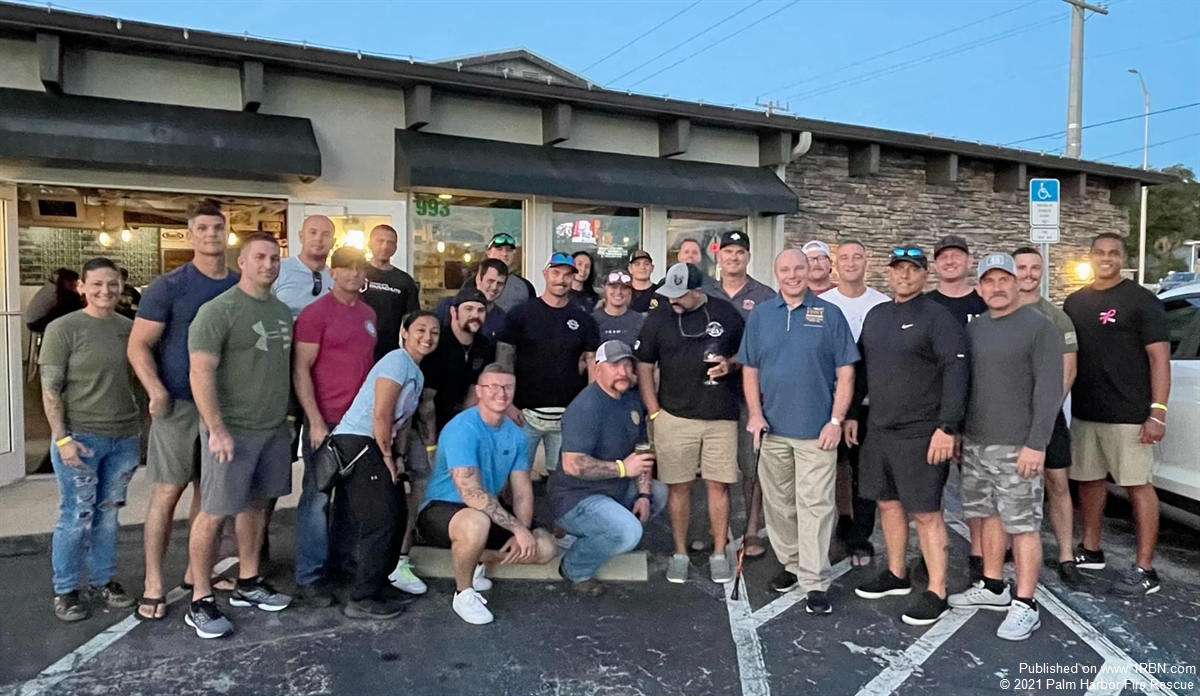 Guest speaker, Eugene Stolowski, FDNY spoke to firefighters on October 19, 2021 about the tragic events he experienced firsthand on January 23, 2005. Touted by the news media as “Black Sunday”, this incident became one of the darkest days in FDNY history. In the Bronx, six firefighters were battling a three-alarm fire. While searching for occupants the fire and heat rapidly intensified forcing the trapped firefighters to jump out of a fourth-floor window to the ground below. All sustained critical, life threatening injuries including Eugene. Four of those firefighters died. We were honored to have Eugene come and speak to us and share his story and lessons from that day and would like to thank Firefighter William Billups of CFD and the Pinellas County Training Chiefs for organizing the weeklong trainings.