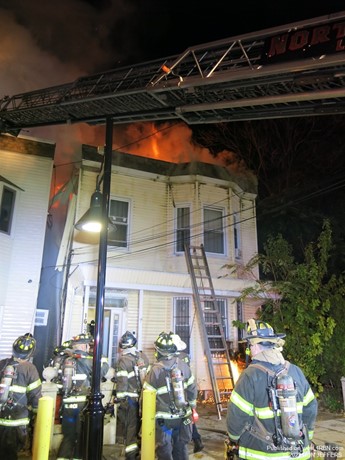 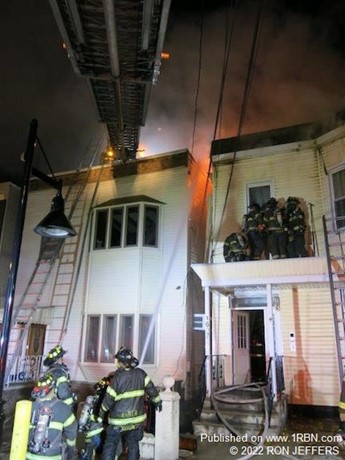 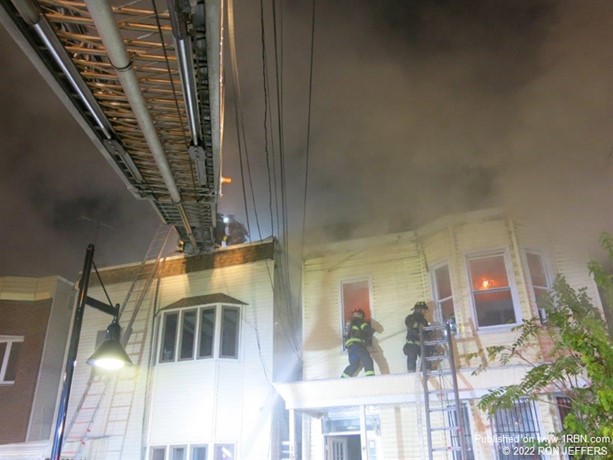 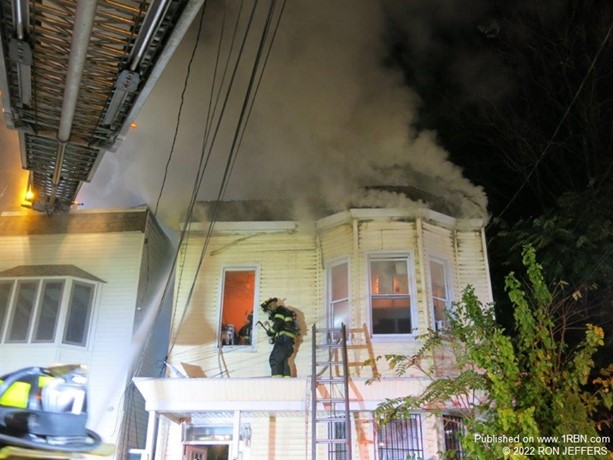 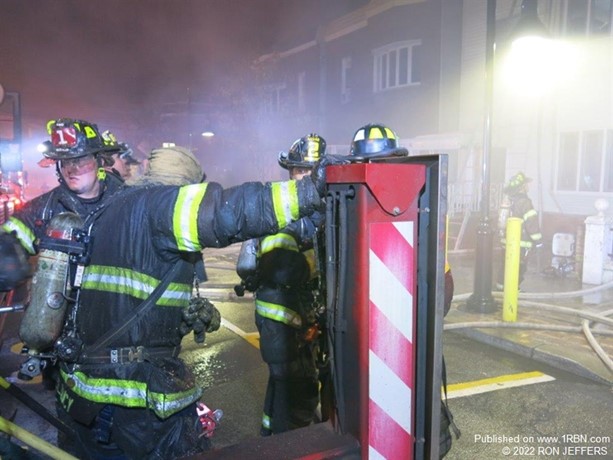 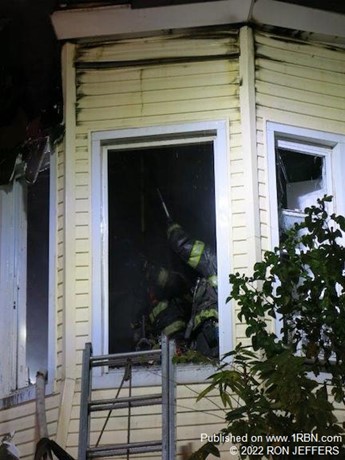 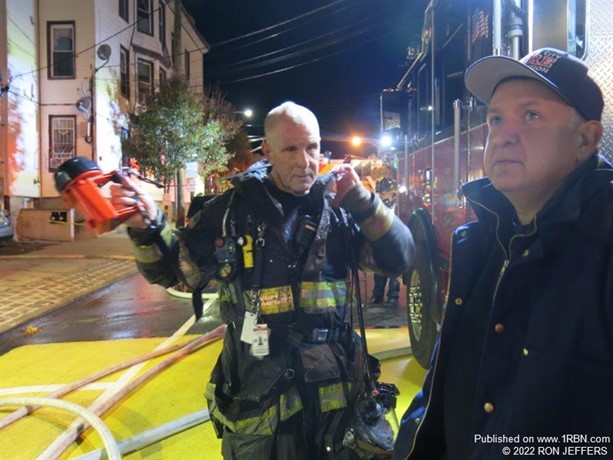 UNION CITY, NJ - An early morning full assignment for a possible electrical condition resulted in a stubborn fire that required plenty of “truck work” to bring under control, on November 9th.

North Hudson Fire Control dispatched companies to 1607 Kerrigan Avenue, in Union City (NJ) at 4:06 a.m. Engine Co. 1 arrived and reported smoke showing from the second-floor of an occupied two-story wood-frame dwelling. It wasn't that long after when fire broke through the roof. The flames began to impend Exposure “B,” a similar structure at 1605. These two building are separated by a narrow alleyway, in this densely populated city. A second-alarm was struck at 4:19 a.m. and followed by a third-alarm at 4:29 a.m.

Flames broke through the roof as numerous hand lines were placed into operation and searches were made. Later, firefighters explained that tin ceilings and other obstacles hampered firefighting operations.

As fire apparatus blocked the local streets, along with low-banking smoke, local officials notified Gilmore School representatives to delay the opening of the grammar school, located directly across the street from the fire.

Some firefighters looked exhausted when exiting the building for a blow, and later returned to the battle. Members got a hold on the flames, and Chief of Department Dave Donnarumma and acting Deputy Chief Jeff Di Paolo placed the fire under control at about 6:15 a.m.

The fire was confined to 1607, but 1605 suffered water damage and the power was turned off.

The Jersey City Gong Club canteen truck was set up at the corner of Kerrigan Avenue and 17th Street, where many members requested coffee and hot chocolate on a chilly 39-degree morning.

One firefighter was transported to a local hospital with a back injury. Two other members also suffered minor injuries. Nine residents of 1607 and two from 1605 Kerrigan were displaced.