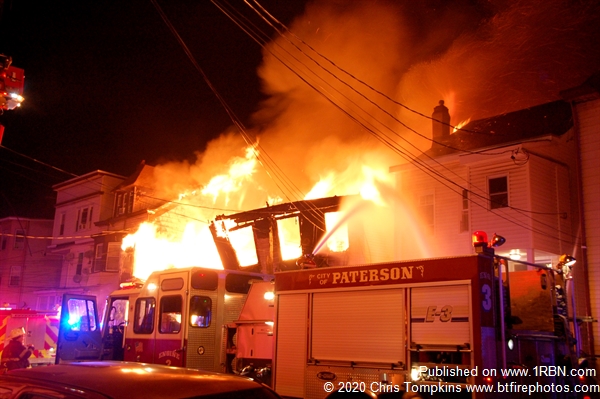 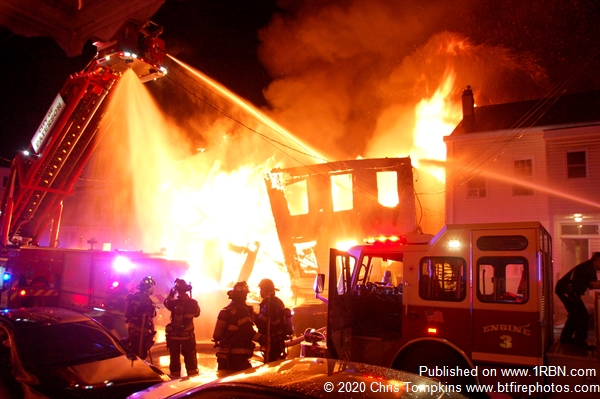 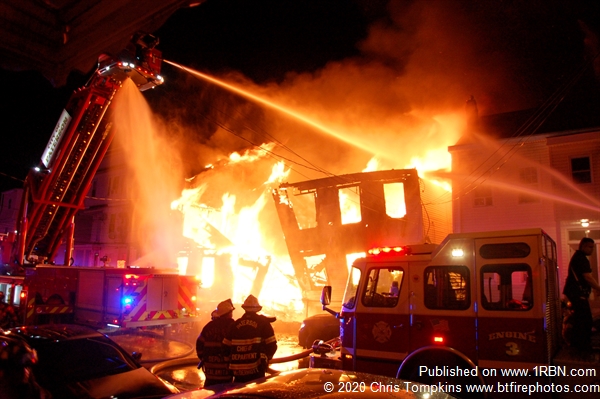 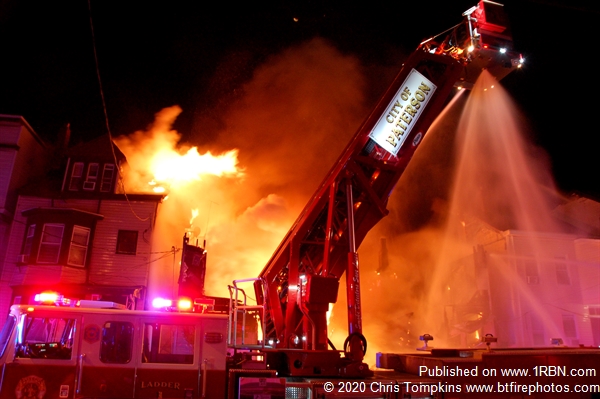 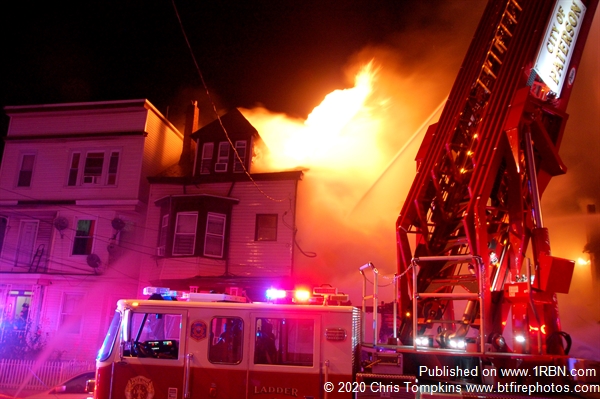 Paterson, NJ - Paterson firefighters battled a five-alarm blaze that destroyed two homes, severely damaged three others, and claimed the life of one resident early on the morning of Sunday, November 8th.

Paterson dispatch began receiving multiple calls for a house fire on Summer Street shortly after 1:30 A.M. Police arrived on scene within minutes and advised that there was heavy fire showing from a two-and-a-half story home with possible entrapment.

Engine 1 and Tower 1 arrived on scene and began an attempt on an interior attack to locate the victim. The main fire building, which was heavily involved in fire, began to spread to the 'Delta' exposure, which became well involved in minutes.

Battalion 1 arrived on scene and transmitted a second-alarm, reporting that he had (two) two-and-a-half story frames with severe exposure problems, and companies were to go into a defensive operation. Minutes later, a third-alarm was transmitted as homes at 489 and 491 Summer Street were fully involved with extension to the 'Bravo' and 'Delta' 1 exposures.

Heavy fire and embers lit up the street as companies set up two ladder pipes, a deck gun and multiple exterior lines. Reports came in that a third exposure in the rear was on fire and a fourth-alarm was transmitted.

All Paterson and mutual aid companies fought the fire for about two hours. A fifth-alarm would be transmitted as both fully involved structures collapsed. Firefighters went to an interior attack on the remaining exposures and knocked down any remaining fire.

Quick work kept the fire from spreading down the block. Two firefighters suffered burn injuries and were later released from the hospital. One victim and a dog perished in the blaze.

Mutual aid from Clifton, Passaic, Prospect Park, Haledon, Hawthorne, Totowa, Ringwood, West Paterson and Fair Lawn assisted Paterson units on scene. The cause of the fire is unknown at this time and under investigation.