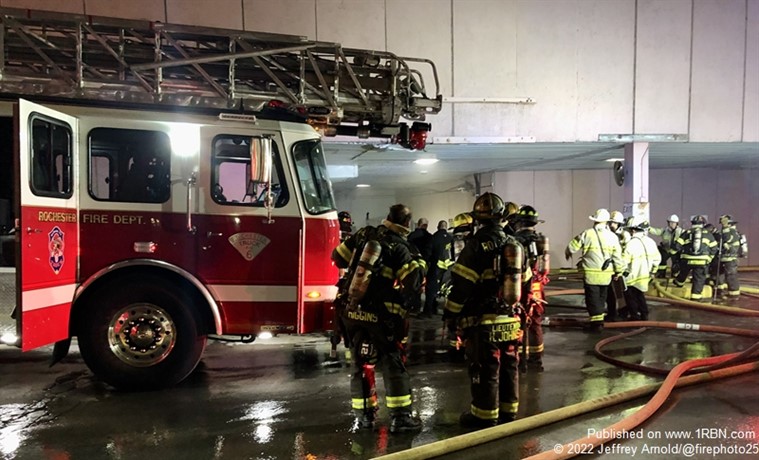 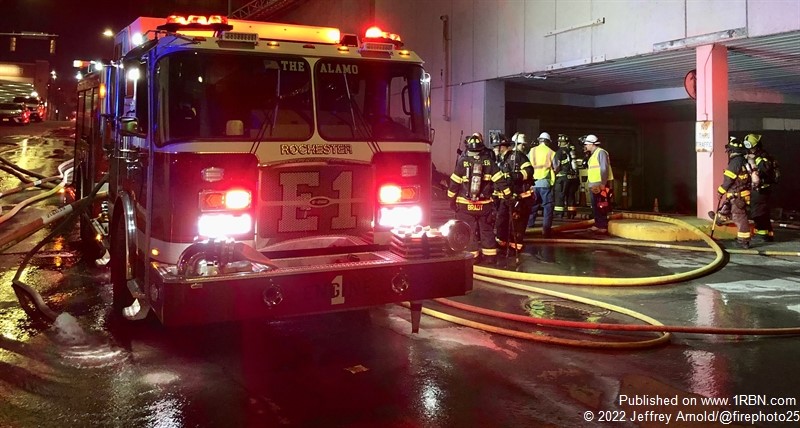 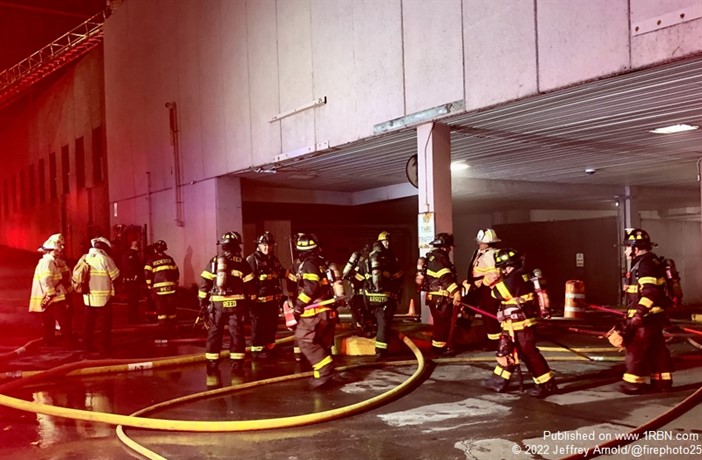 ROCHESTER, NY - On Wednesday, November 2nd at 6:34 P.M., the Rochester Fire Department responded to the former Rochester Riverside Hotel at 120 East Main Street for a report of smoke coming from the building. Units arrived on location and found smoke coming from the vacant seven-story hotel with an attached two-story banquet facility. Crews forced entry through the loading dock and found that two rooms in the utility area of the first floor had a well involved fire, which spread to a portion of a banquet room, located above the point of origin. There was a heavy smoke condition throughout a large portion of the building. The blaze went to three alarms and took about four hours to bring under control. The R.F.D. was investigating the cause and there were no injuries reported.