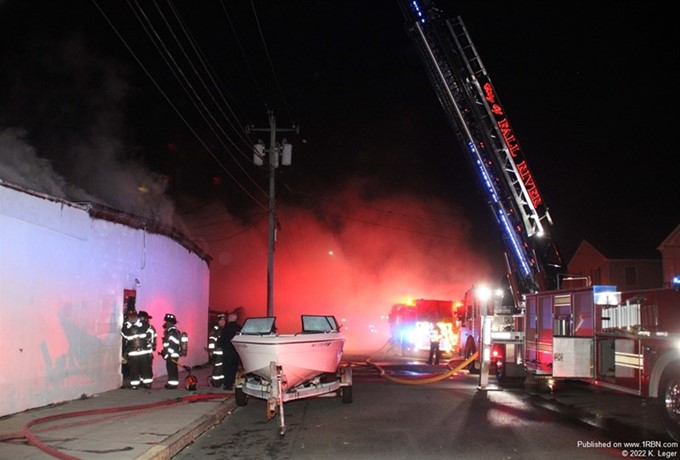 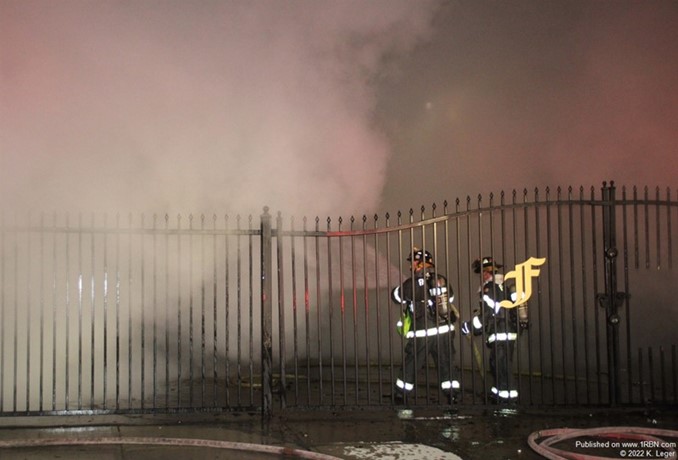 When Car 3 came on the air and was notified of the additional calls, he immediately called for a second-alarm. Fall River police arrived on scene and reported heavy smoke showing.

When Car 3 arrived on scene he discovered an immediate exposure problem, with one attached exposure, and the next one four-feet away. Chief Bacon ordered that all water be directed on the exposures and called for a third-alarm.

Firefighters were able to contain the blaze to the building of origin, an auto repair garage.