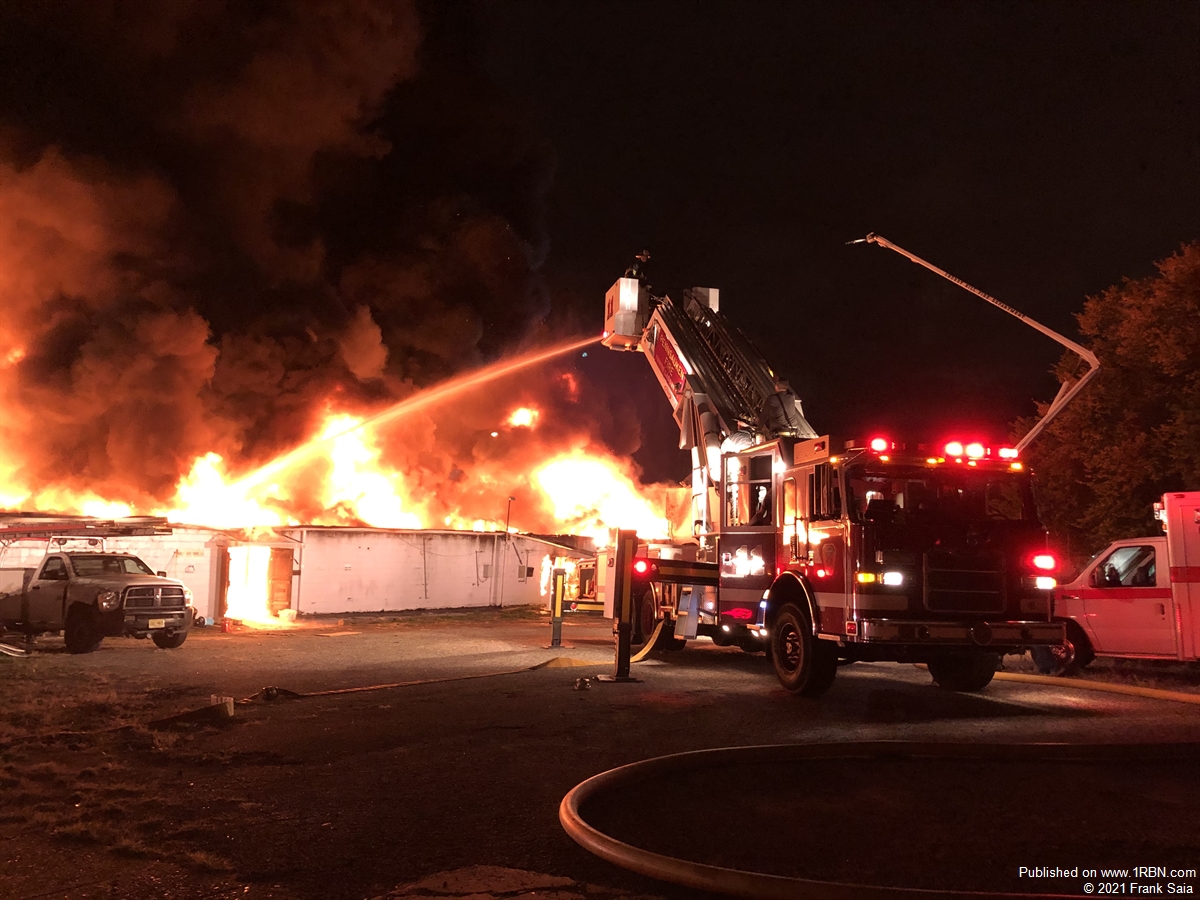 Photo by Frank SaiaPennsauken Tower Ladder 11 operating in the rear of the US auto auction building at 6601 Route 130 S. 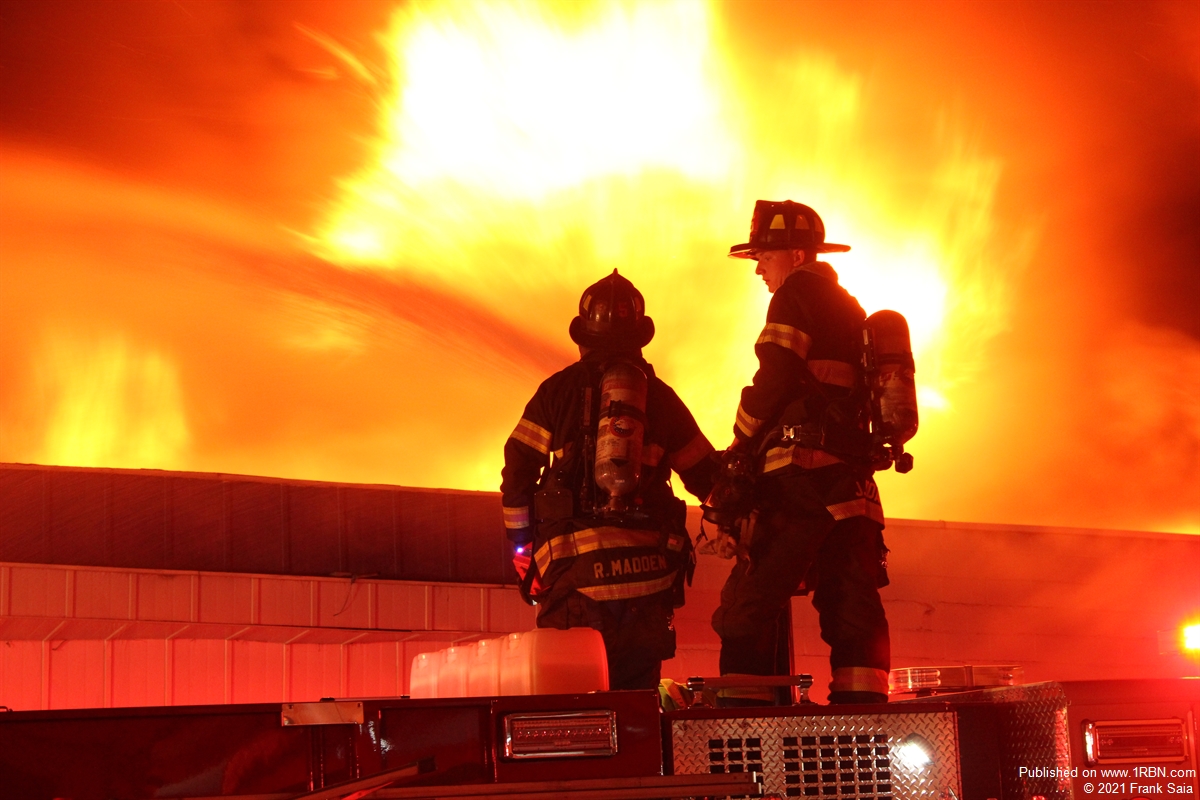 Photo by Frank SaiaPennsauken firefighters Madden and Sodano operate deck on at Pennsauken 4th alarm at the US Auto Auction building at 6601 Route 130 south. 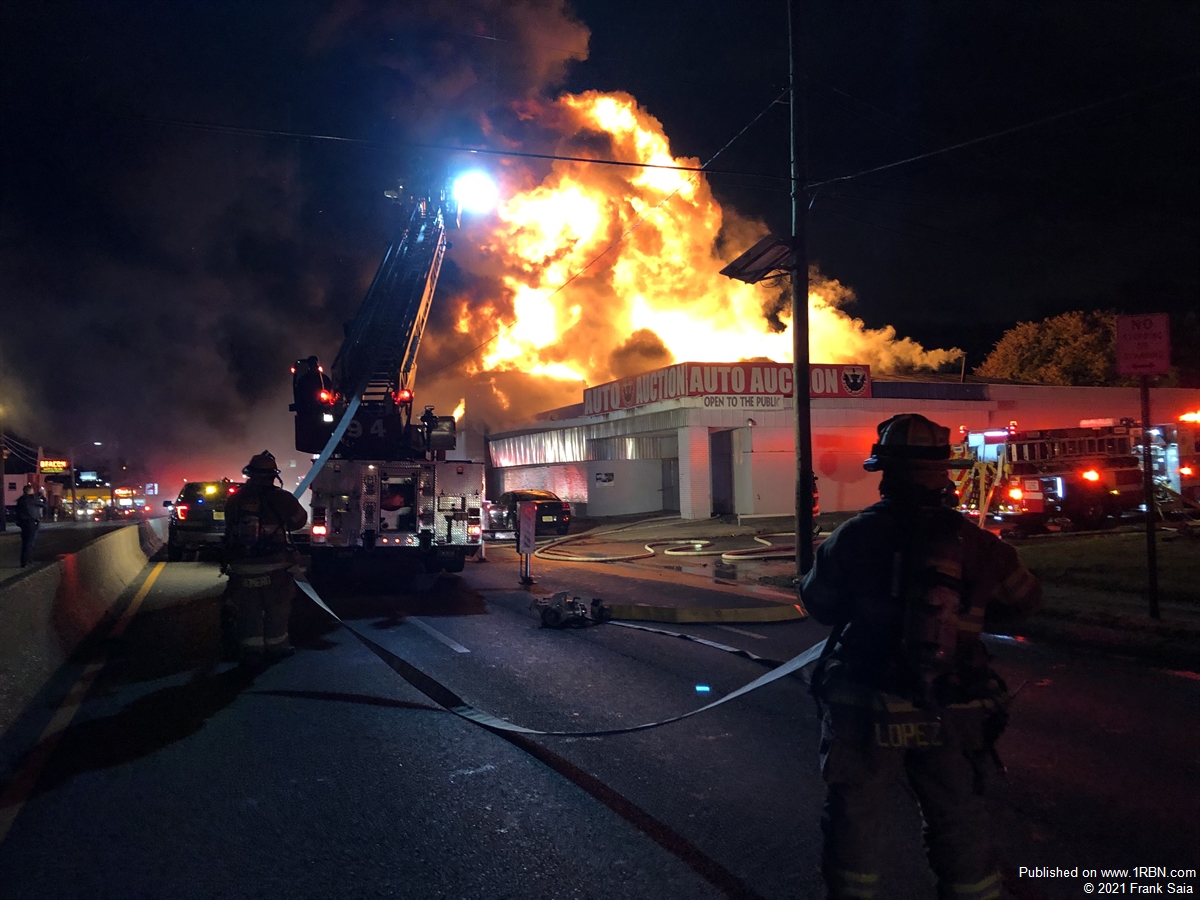 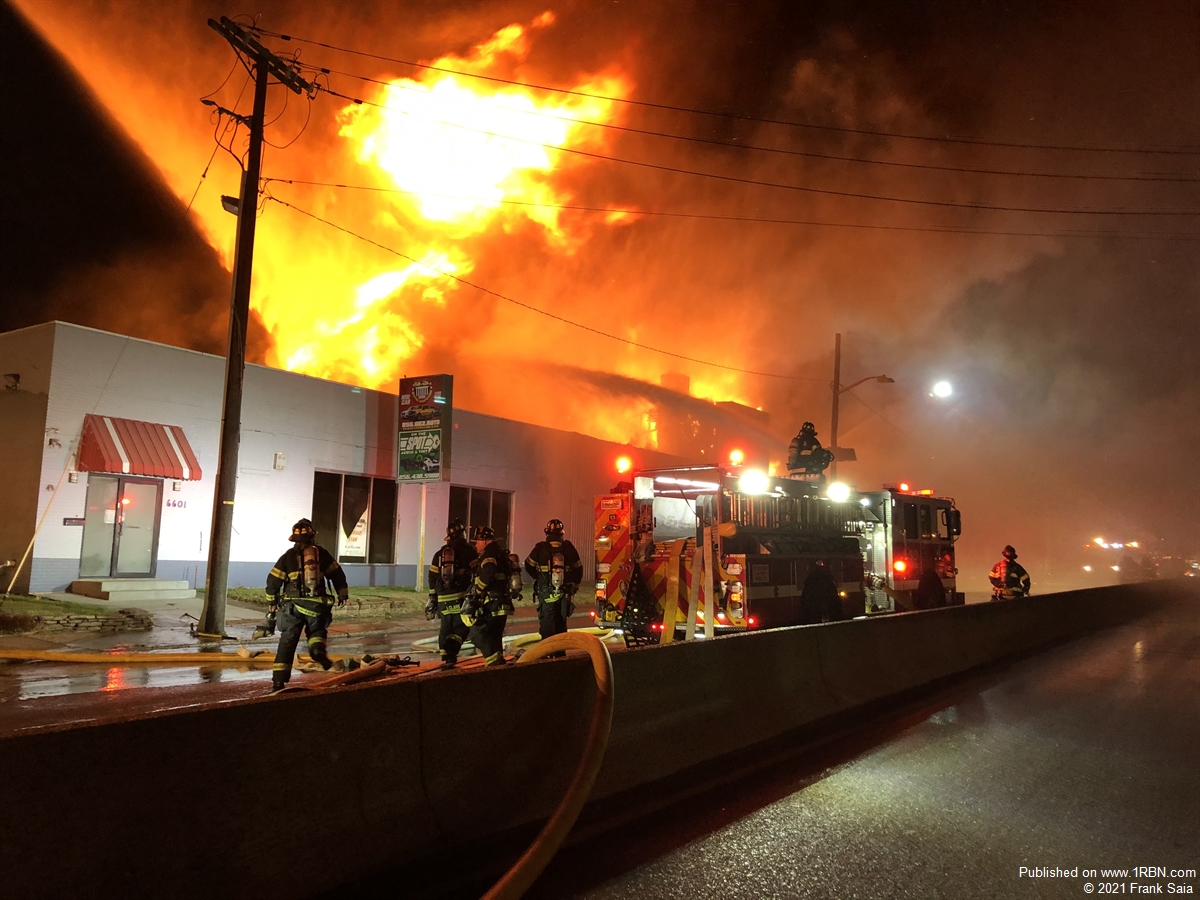 Photo by Frank SaiaPennsauken Engine Co. 1132 operating at the four-alarm fire at the US Auto Auction building at 6601 Rt. 130 south.

PENNSAUKEN, NJ - At approximately 9:19 P.M. on October 26th, the Pennsauken Fire Department and automatic mutual aid were dispatched to 6601 Route 130 S. at the US Auto Auction building for the report of a building fire.

Water supplies were quickly established and several master streams were placed in service. The second-alarm was quickly transmitted, and then third and fourth alarms followed for additional resources. Resources were assigned to the nearby neighborhood to monitor and extinguish any spot fires from burning embers dropping in the neighborhoods.

Units operated throughout the night and remained on location through the next day. The fire remains under investigation.