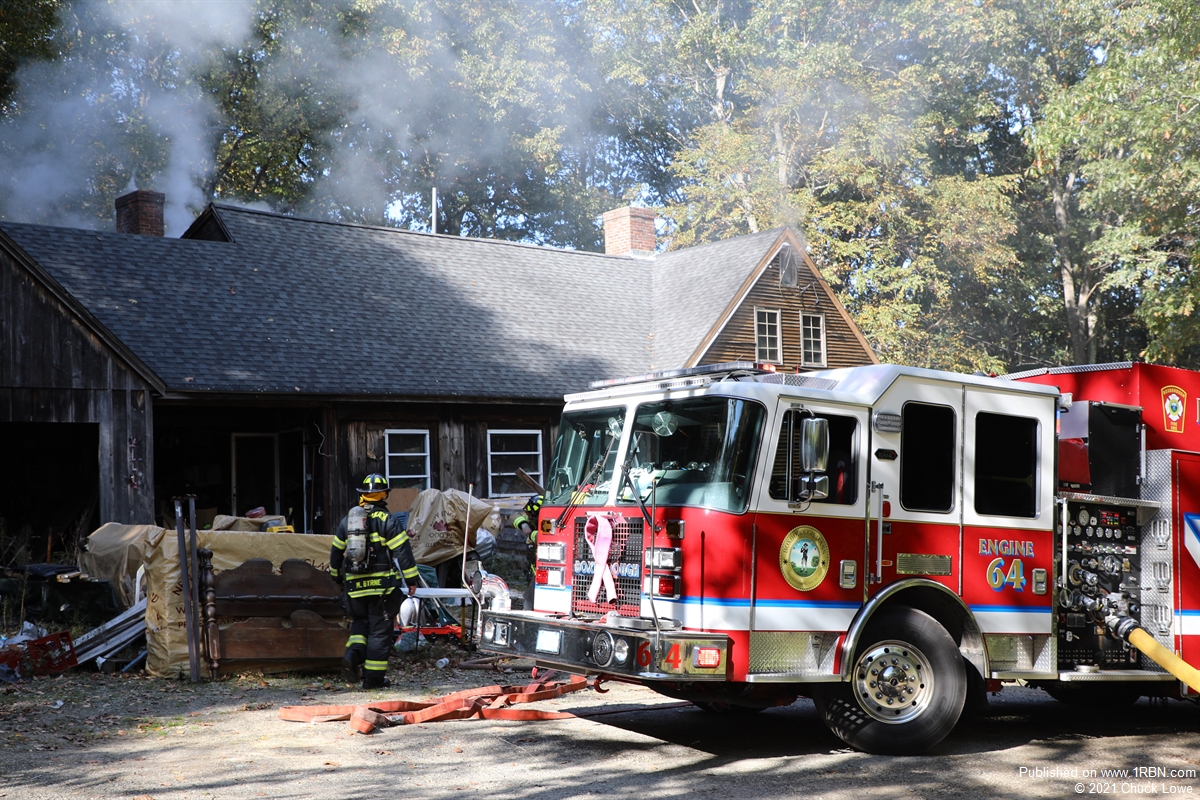 BOXBOROUGH, MA - Boxborough firefighters responded to a reported structure fire around 1:42 P.M. on Wednesday, October 20th, at 686 Liberty Square Road. While still en route crews were informed by police on scene that the house was fully involved. The incident was upgraded to a second-alarm with an additional tanker. The home was set back, with an unpaved driveway and packrat conditions.

Engine 64 arrived with smoke showing from the second floor of a one-and-a-half story house. They advanced a handline, with a crew from Littleton, to quickly confine the fire to just one room on the second floor. Acton firefighters opened the roof to check for extension. Apparatus and manpower from Maynard, Stow, Harvard, Devens, Berlin and Bolton filled out the second-alarm assignment.