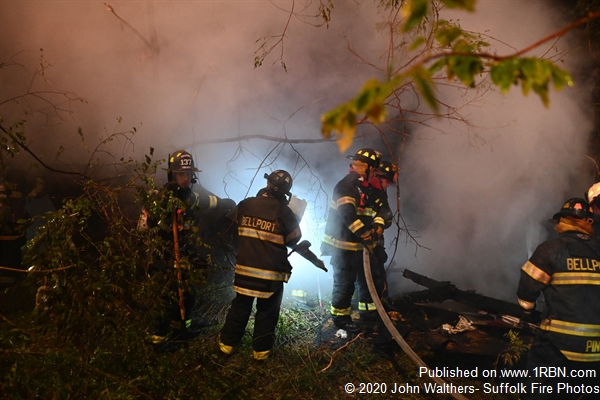 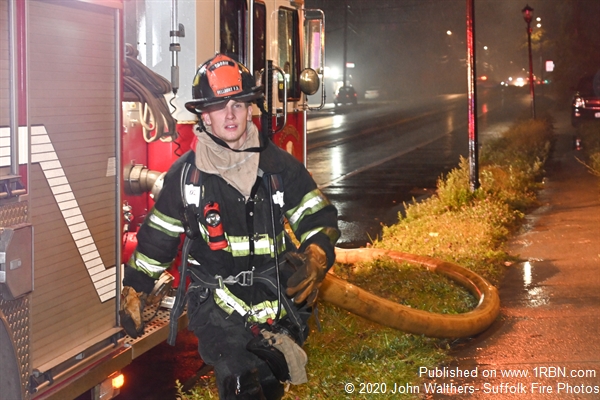 Photo by John Walthers- Suffolk Fire PhotosA probationary Firefighter From Bellport heads back toward whats left of the structure after returning some tools to the rig. 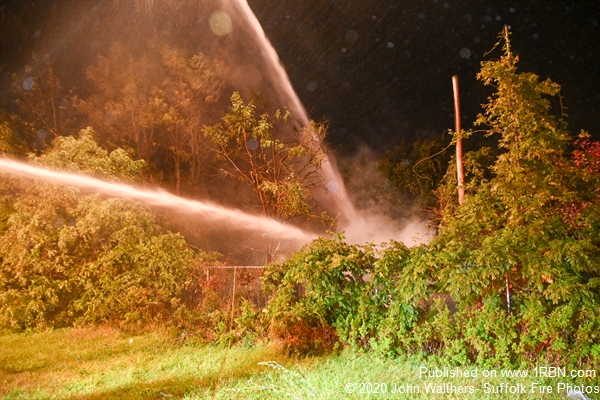 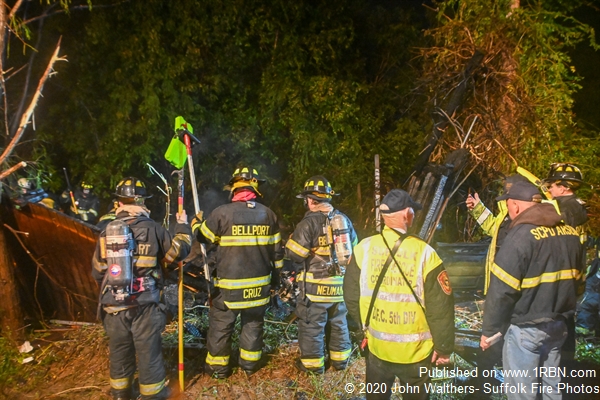 Bellport, NY - On October 12th at about 7:15 P.M., the Bellport FD was activated for a report of a structure fire on Montauk Highway, near Doane Ave.

On arrival, Bellport Chiefs Michael Zaffaron (5-1-30) and David DiDio found flames showing. Upon size up it was discovered that the building was a small shed like structure, however due to heavy overgrowth on the property, it was determined that an aerial attack was going to be needed.

Ladder 13 responded to the scene and set up in front of the fire building. Several engines also responded to the scene. Firefighters were advised to use caution due to low hanging wires. A quick aerial attack was able to smother the bulk of the visible flames, however firefighters needed to get through the thick brush and sift through the pile to make sure that all fire was out.

Despite the yard being a hangout for homeless at times, no one appeared to be in the structure and no civilians were injured. South Country Ambulance stood by at the scene. SCPD 5th Precinct assisted Bellport Fire Police in closing Montauk Highway in both directions. The job was placed under control around 9:00 P.M.