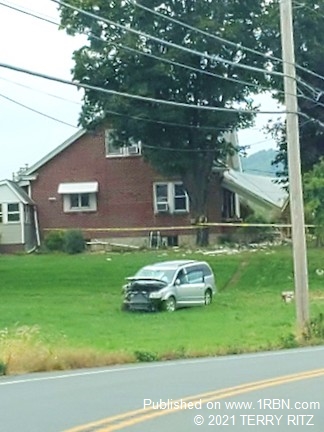 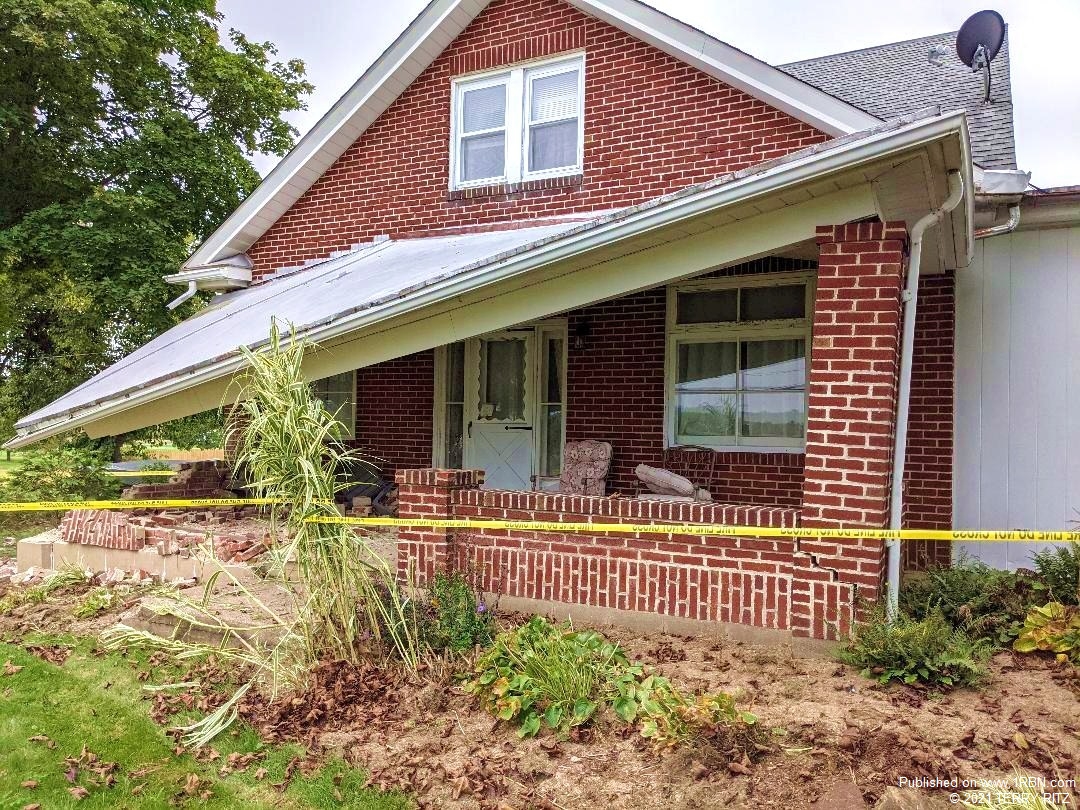 Hereford Twp., Wed. Oct. 6, 2021, 2:51 PM---Hereford Fire Co. was dispatched to an accident on Gravel Pike involving a Chrysler minivan that struck a house. An elderly male driver failed to navigate a curve in the road and struck the front porch of the house. There was no other passengers in the van.The minivan had extensive damage to the front end of the vehicle.The driver was transported by the EMS unit after he was talked into going to the hospital for a checkup.The front porch of the house also had severe damage.There was no one hurt inside the house. Assisting the fire company were Fire Police from Hereford, PA State Police, and Bally EMS.