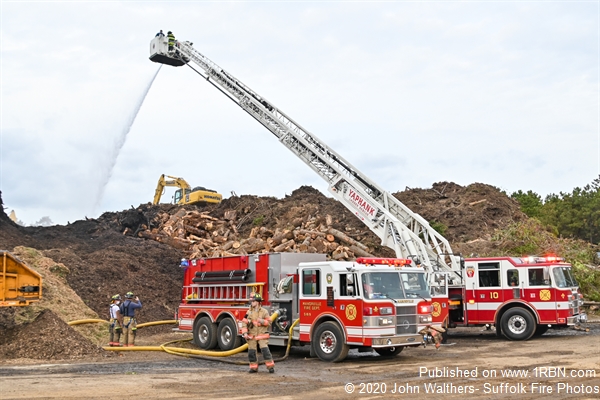 Photo by John Walthers- Suffolk Fire PhotosYaphank FD's ladder operates at a mulch fire in Medford on 10/11/20, with water being supplied by Medford FD's tanker. 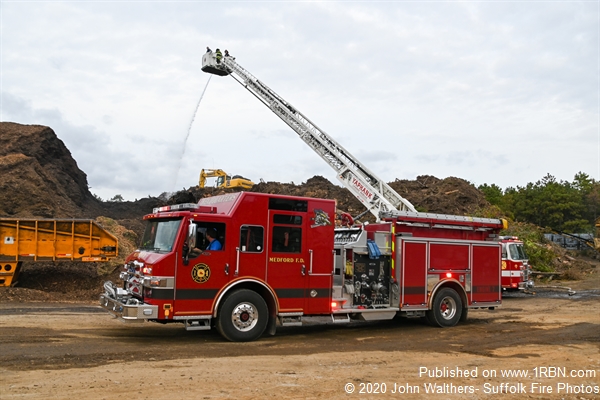 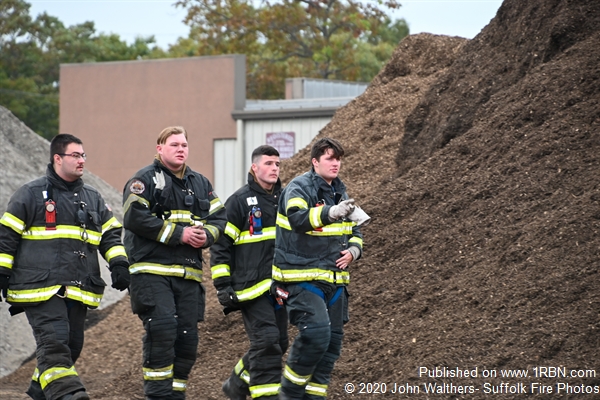 Photo by John Walthers- Suffolk Fire PhotosFIREFIGHTERS FROM HOLTSVILLE FD AT THE SCENE OF A MULCH FIRE IN MEDFORD SUNDAY OCTOBER 11TH 2020. 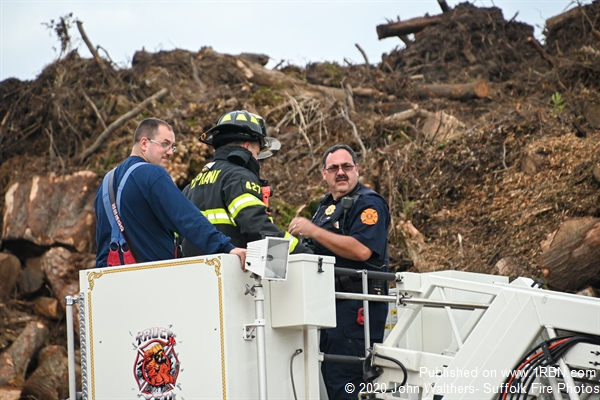 Photo by John Walthers- Suffolk Fire PhotosYAPHANK FD PREPARES TO TAKE THE FIRE MARSHAL UP TO CHECK OUT THE SITUATION. 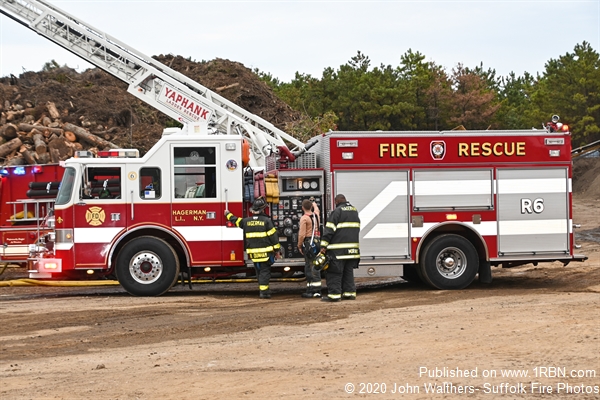 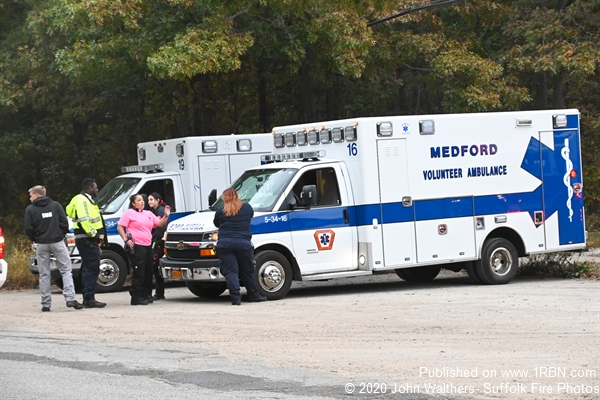 Medford, NY - On Sunday, October 11th at about 3:30 P.M., the Medford FD was activated for a report of a mulch fire at Your Yard Materials on Cedarhurst Ave., off Addison Pl.

On arrival, Medford’s Chief found a large pile of mulch burning into the landscaping yard. Based on the size of the pile and the lack of hydrants close to the fire location, the chief requested that Fire-Com activate mutual aids to the scene.

Firefighters operated into the evening hours, dousing the mulch piles with water from above while heavy machine operators turned over the pile to minimize any hotspots. The Brookhaven Town Fire Marshal was on scene to assist as well as to investigate.