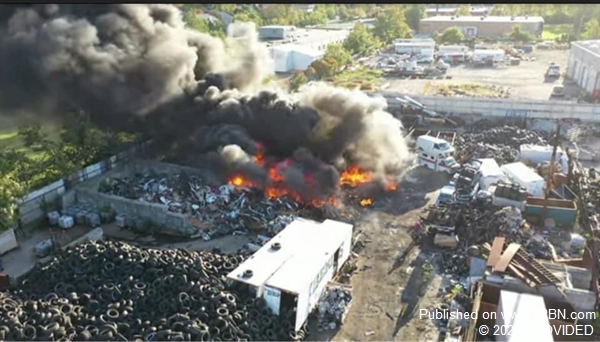 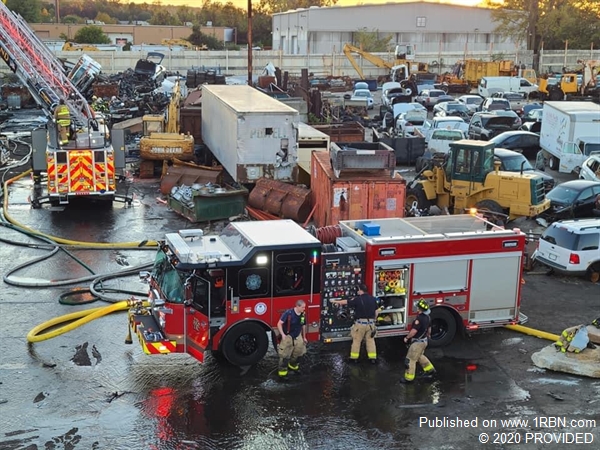 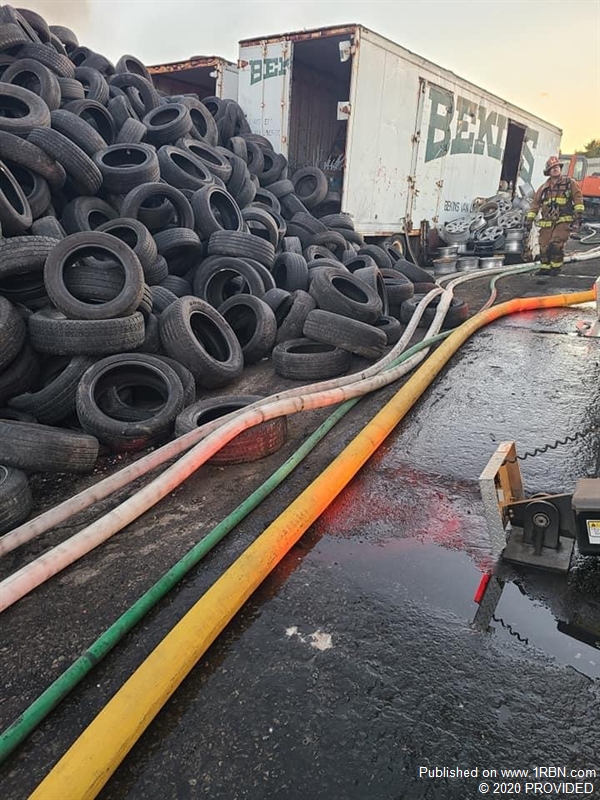 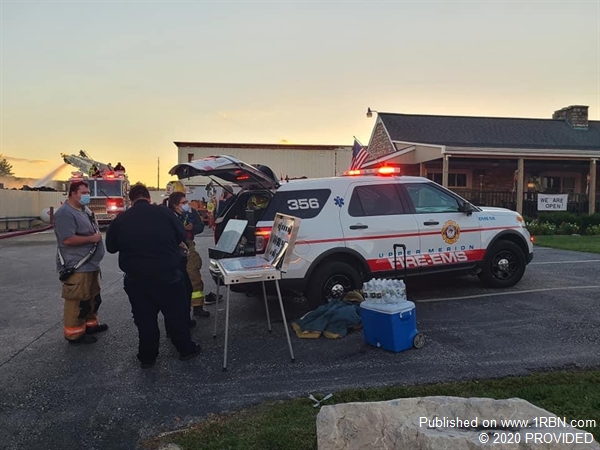 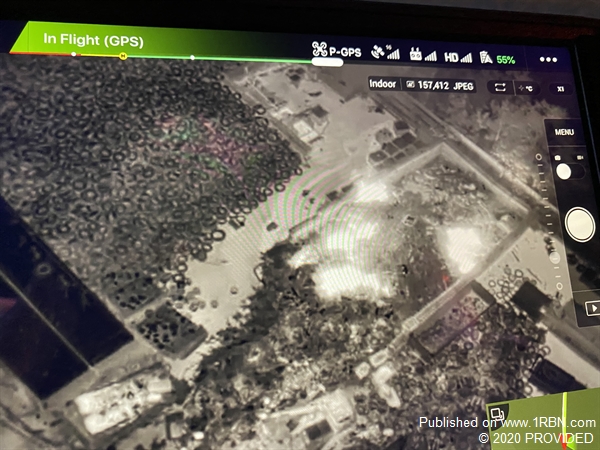 Upper Merion Twp., PA - It was a busy 24 hours for Upper Merion Fire and EMS Thursday, October 8th, into Friday, October 9th, with two elevator rescues, a vehicle rescue, small fire on the 6th floor of a high rise apartment, and a couple of incidental runs and myriad EMS calls, but this was the most significant one.

At 5:23 P.M. on October 8th, we were dispatched to the 500 block of Flint Hill Road at Shorty's U-Pull It junkyard in Upper Merion Township for a large trash/rubbish fire.

We arrived to find a large pile of metal, vehicles, tires and other debris well involved deep in the back of the junkyard lot. We quickly began requesting additional units to assist due to the deep seated and large volume of fire.

This fire brought mutual aid in from multiple counties including Delaware and Chester County departments. Montgomery County Department of Public Safety's hazardous materials team, communication team and vehicles also responded along with the County foam task force and the DEP. The hazmat team along with the DEP remained on location monitoring air quality, water run off and other potential hazards resulting from the fire suppression operation. A second-alarm was called plus special call of hazmat and engines and tankers. Upper Merion Emergency Management staff and PD also provided excellent support

The use of the county drone and camera tower was extremely useful during the incident.

The fire was placed under control a bit after 8:00 P.M. Upper Merion and Montco hazmat units were remaining on scene into the evening continuing to monitor conditions.

A tremendous job was done with incredible teamwork displayed by all of the responding agencies. Many thanks as well to the North Penn Goodwill Service Canteen 41 for providing food and drink for all personnel on scene!

There were no injuries reported.

(Thanks to Montco Station 43 for some of the photos and to all those who responded.)