Tractor-Trailer Rolls Over, Splits Open and Spills Load of Watermelons in Fall River 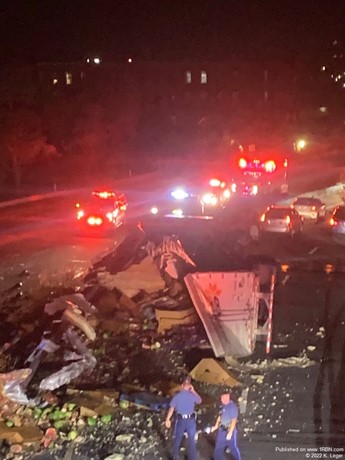 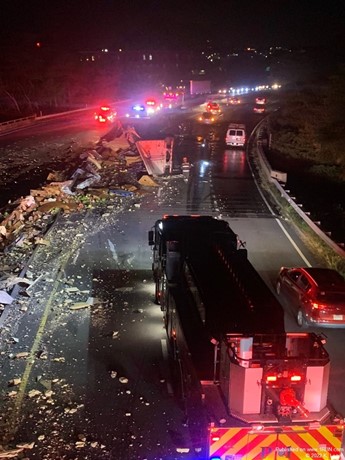 FALL RIVER, MA - Around 8:00 P.M. on Tuesday, October 11th, a tractor-trailer traveling south on Route 79 rolled over. The truck was unable to negotiate a sharp curve and rolled over onto the guardrail, ripping open the trailer like a can opener and spilling its load of watermelons. Engines 6 and 12, along with Platform 1 and Heavy Rescue 1 responded with Car 2. When command arrived he canceled the Heavy Rescue because of no entrapment, however Command called for additional engine companies to respond with absorbent to clean up a large hydrocarbon spill. The driver was treated and transported to a local trauma center. The highway was closed for some time as debris covered the north and southbound lanes.