Driver Killed After Gasoline Tanker Overturns and Explodes in Mahwah 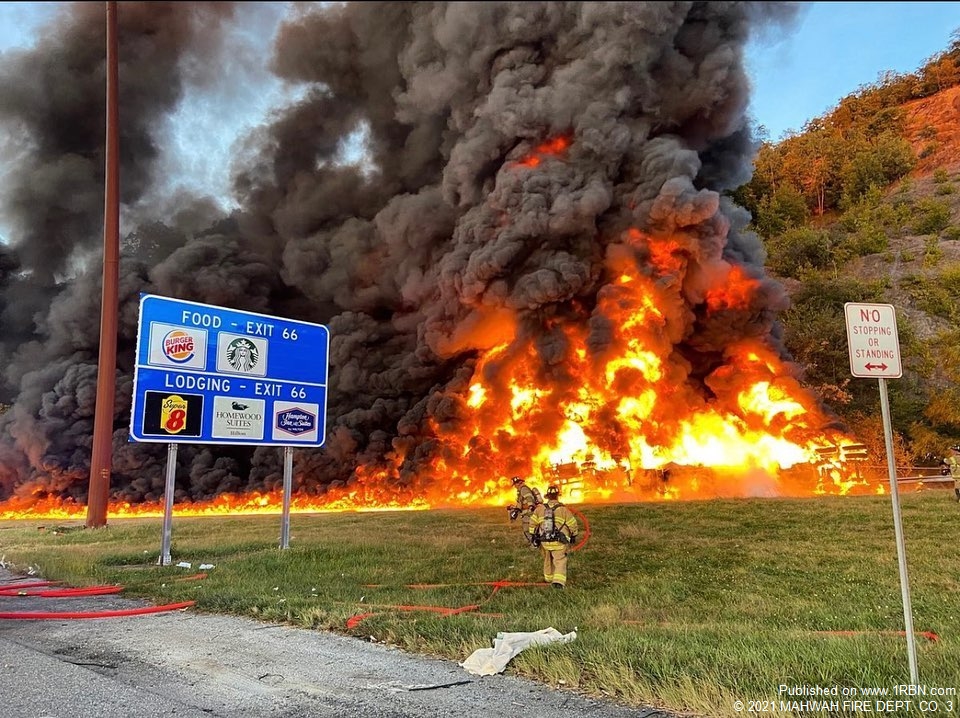 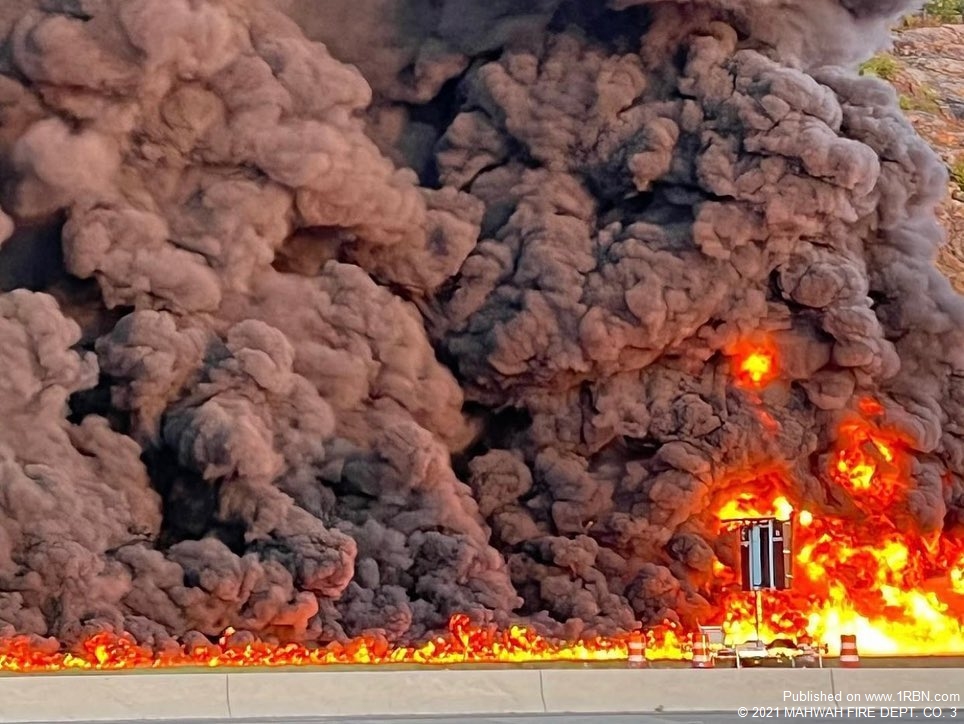 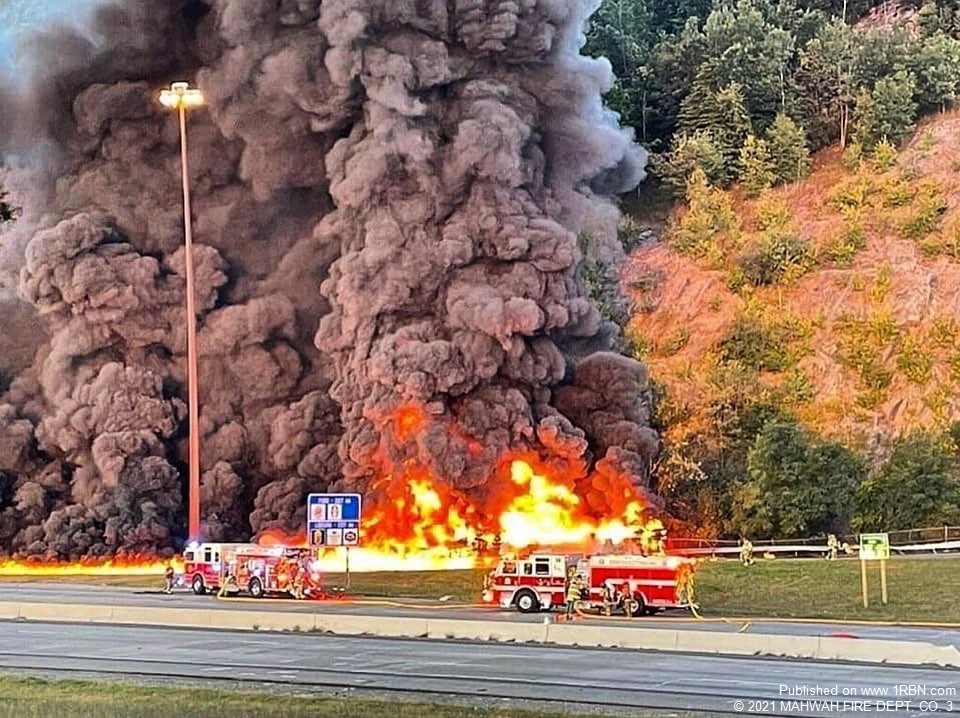 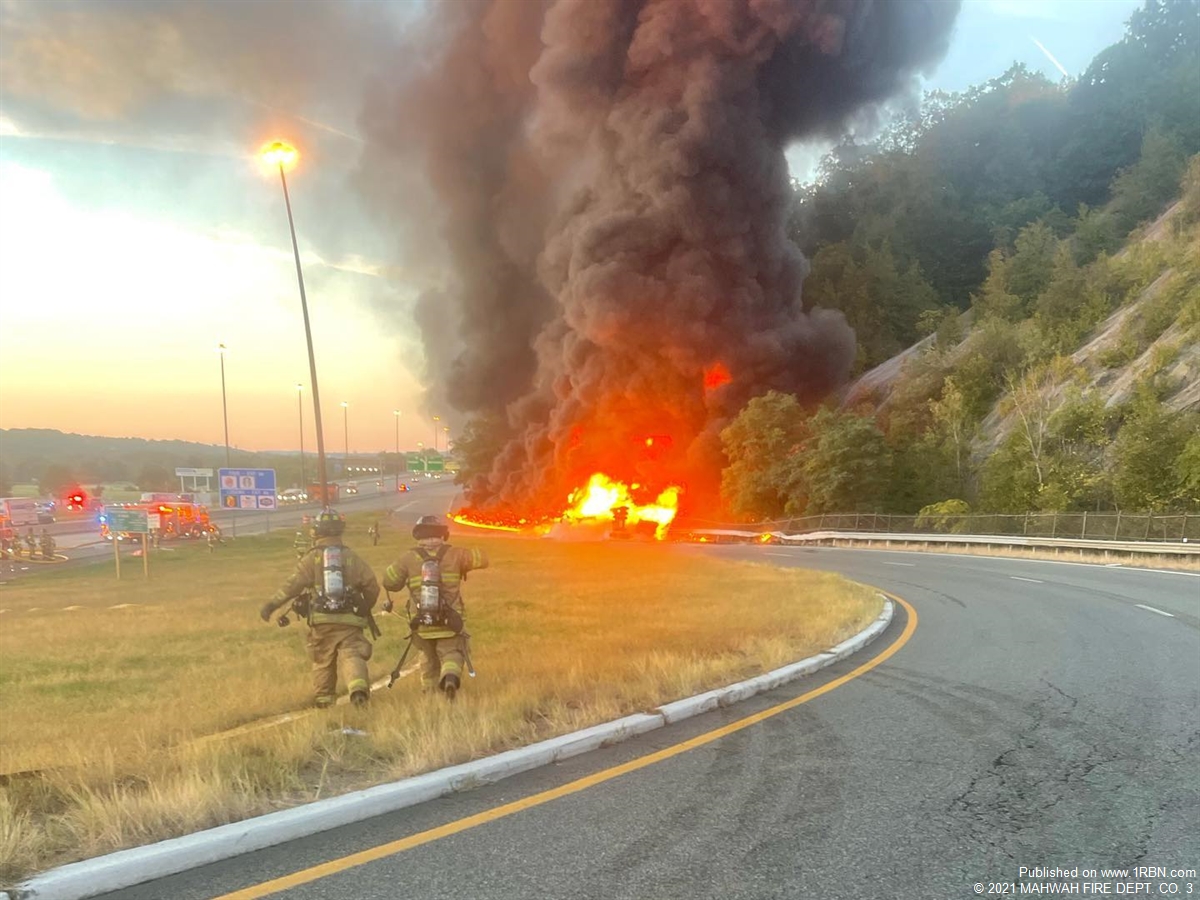 MAHWAH, NJ - On Saturday morning, October 2nd at 6:44 A.M., all five companies of the Mahwah Fire Department were dispatched to a fully engulfed gasoline tanker that overturned and ignited on the notorious 287 flyover.

Companies 1 and 2 were primary pumpers for the fire while Company 3 laid nearly 3,000-feet of supply line for both pumpers.

The driver of the gasoline tanker was killed in the fiery crash.