Second-Alarm on Amherst St. in Nashua 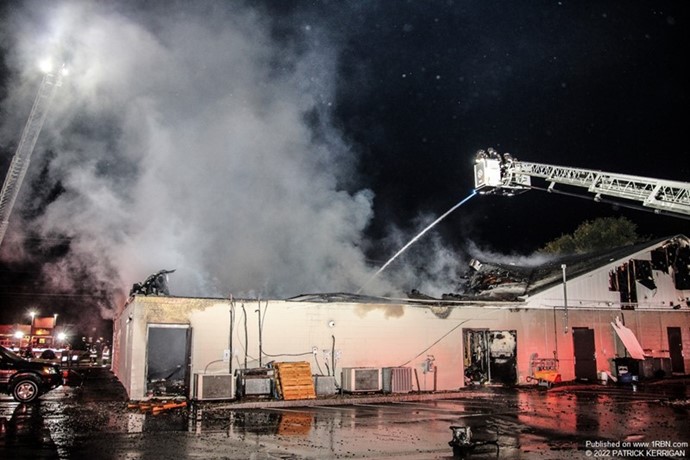 NASHUA, NH - Nashua fire alarm began receiving calls for a building fire at 495 Amherst St. on the evening of September 30th. E5 had a large column of smoke showing from Charron Ave. and arrived on scene to heavy fire showing from the rear of a single-story strip mall. E5 transmitted a second-alarm, bringing in mutual aid to the scene and to cover the city. Multiple hand lines and two ladder pipes were used to knock down the fire. Companies remained on scene for several hours hitting hot spots.