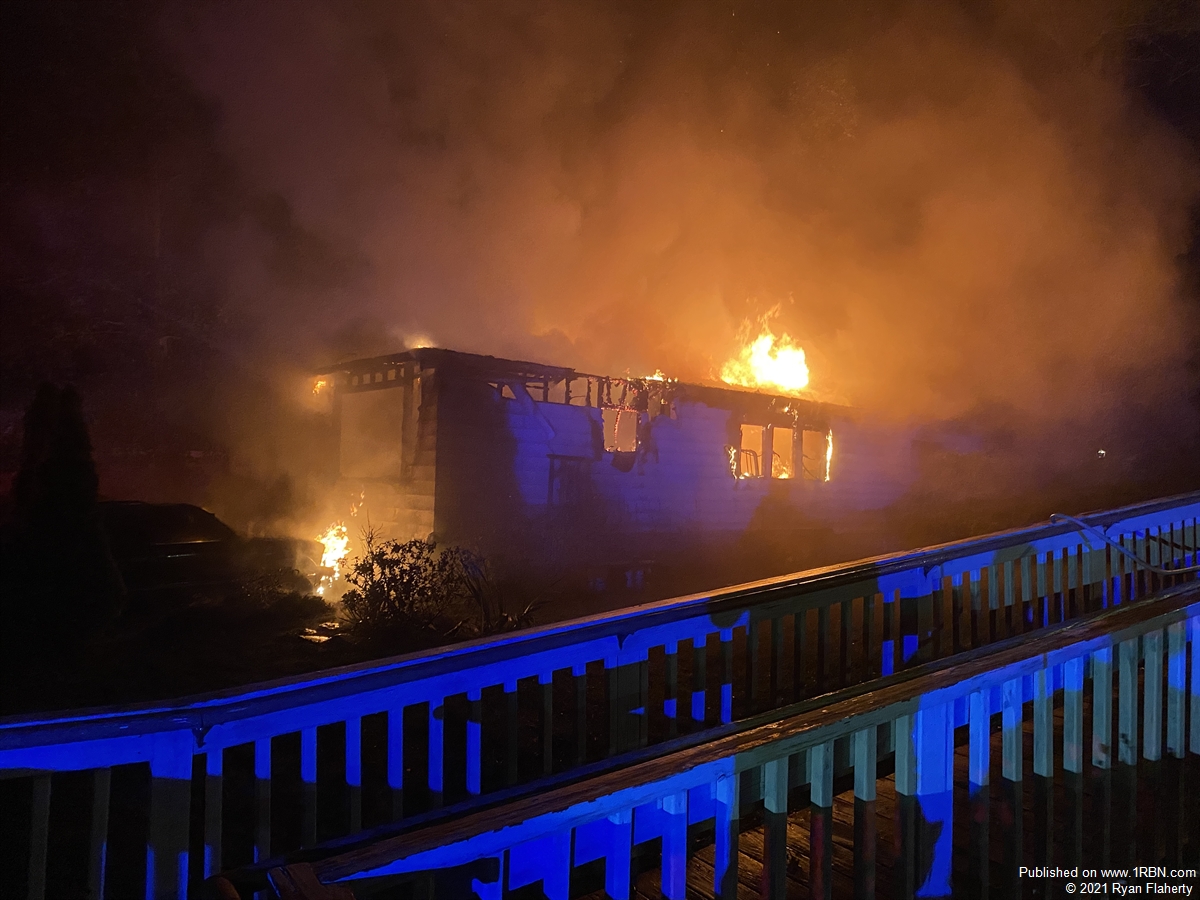 Photo by Ryan FlahertyThe fire spread to a car in the driveway and melted the siding on a neighboring trailer. 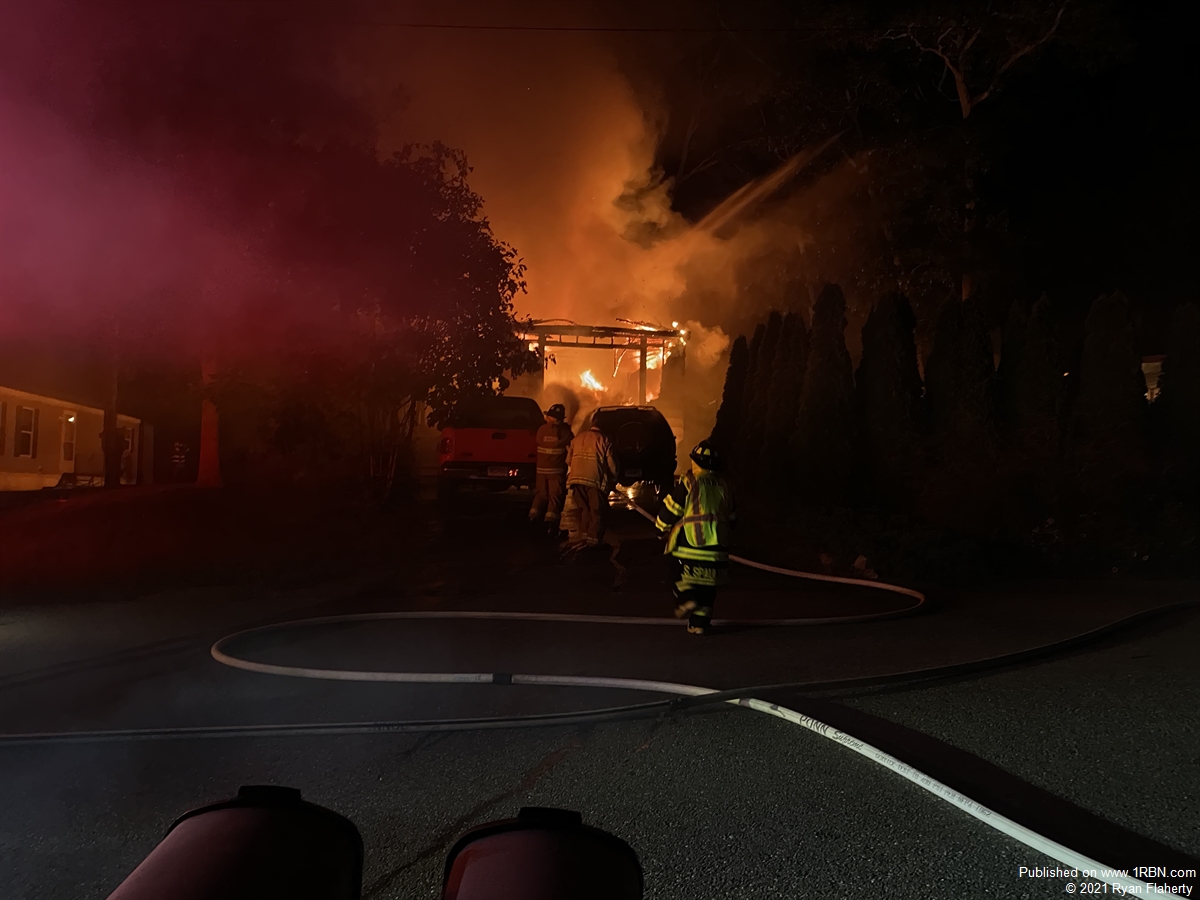 Photo by Ryan FlahertyAn Occum crew operates a line in the front. 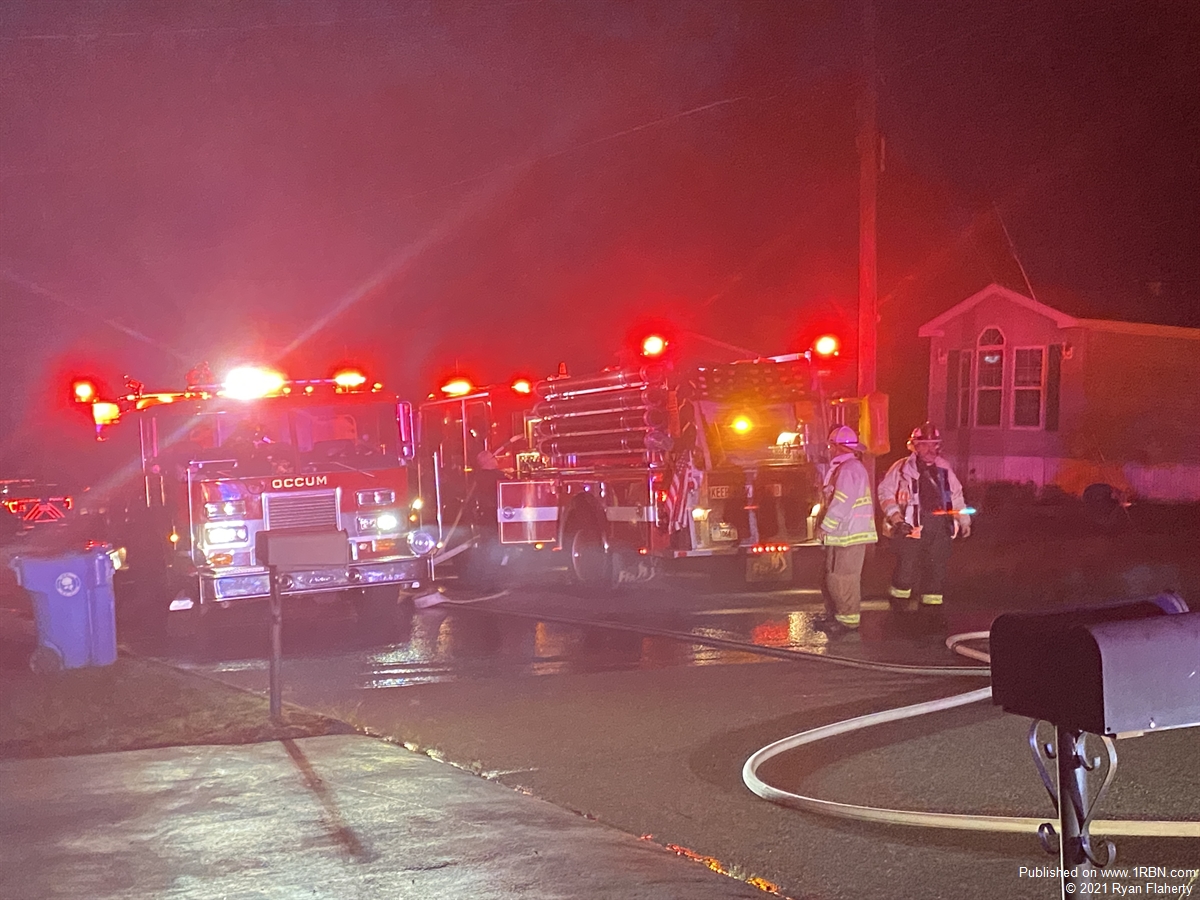 Photo by Ryan FlahertyEngines 41 and 42. 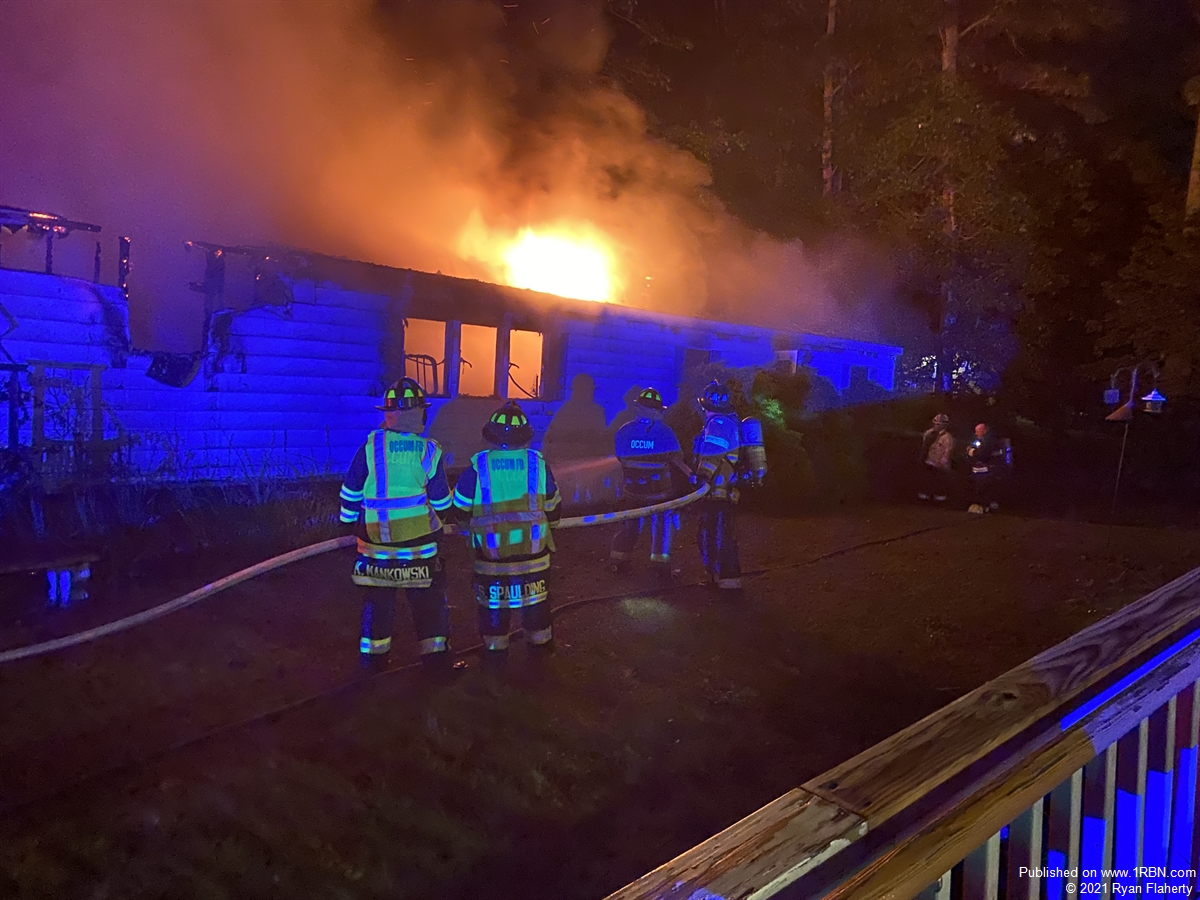 Photo by Ryan FlahertyAn Occum crew operates from the exterior while Taftville firemen prepare to make entry in the rear. 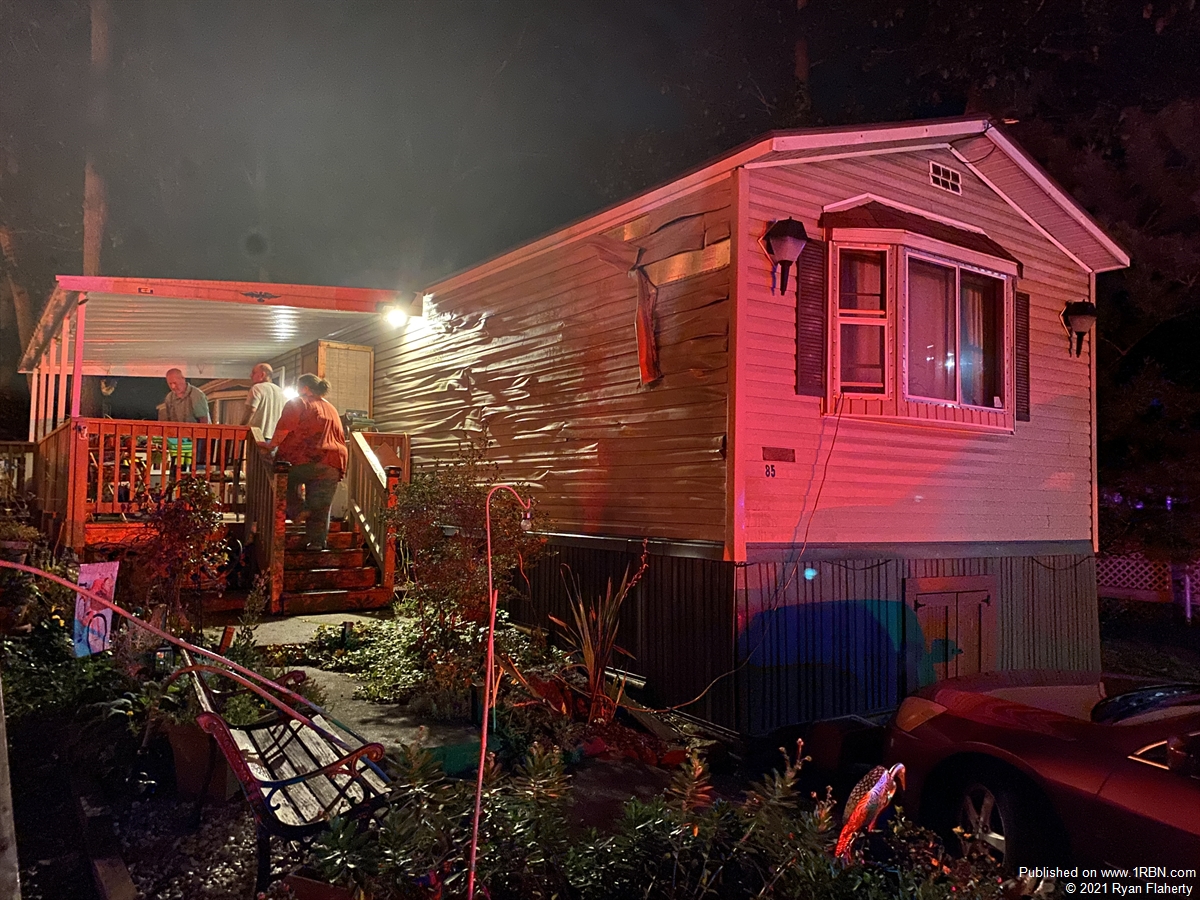 OCCUM, CT - At 3:34 A.M. on Friday, September 24th, the Occum Fire Department was dispatched to the area of 35 Nashua Street for a structure fire.

The chief lives in this neighborhood, so while driving to the station he saw flames coming from a trailer. At 3:38 A.M., he requested Taftville, Yantic, Lisbon and Baltic to be started. Engine 42 arrived at 3:49 A.M. and stretched a one-and-three-quarter inch hose line to the 'Bravo' side while the neighbor had a green line operating on the 'Delta' exposure.

During suppression, one firefighter’s leg went through the floor but he walked out and was not injured. Engine 33 assisted with overhaul while Tanker 124 nursed Engine 42. Crews were on scene for a while, and the Norwich Fire Marshal’s Office is investigating.