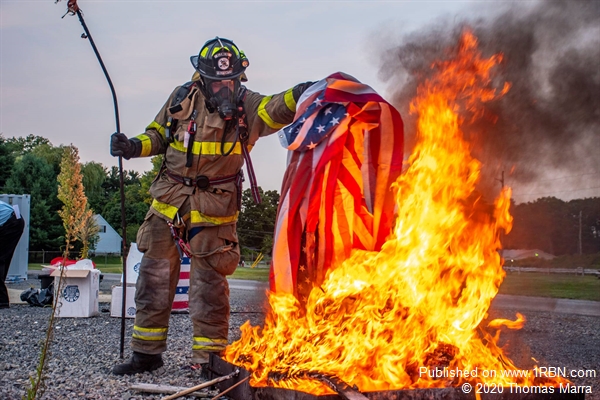 Photo by Thomas MarraA flag burning ceremony was held with the help of the Elsmere Fire Department to retire torn and tattered flags. 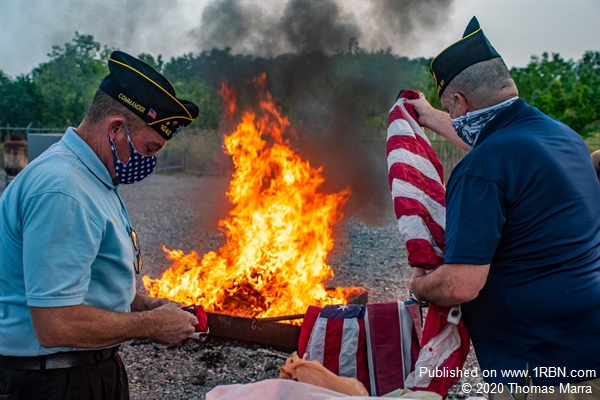 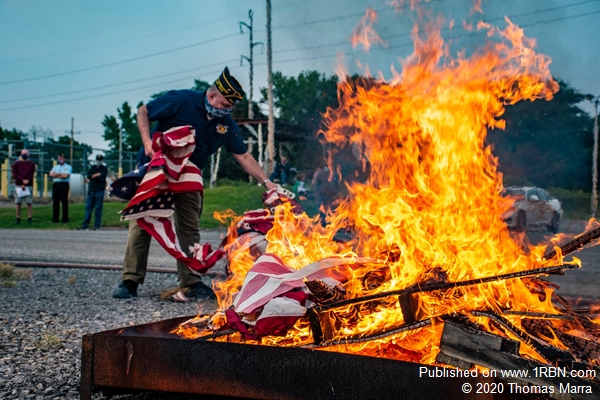 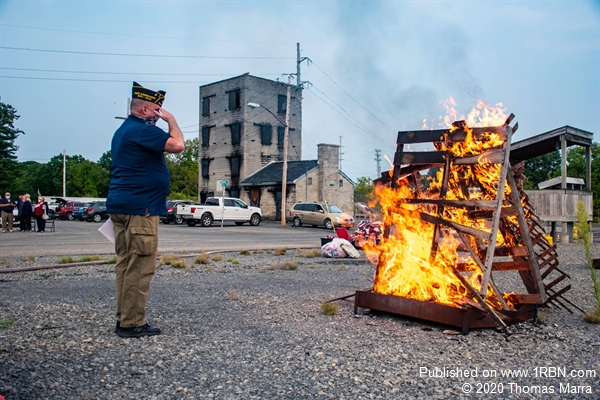 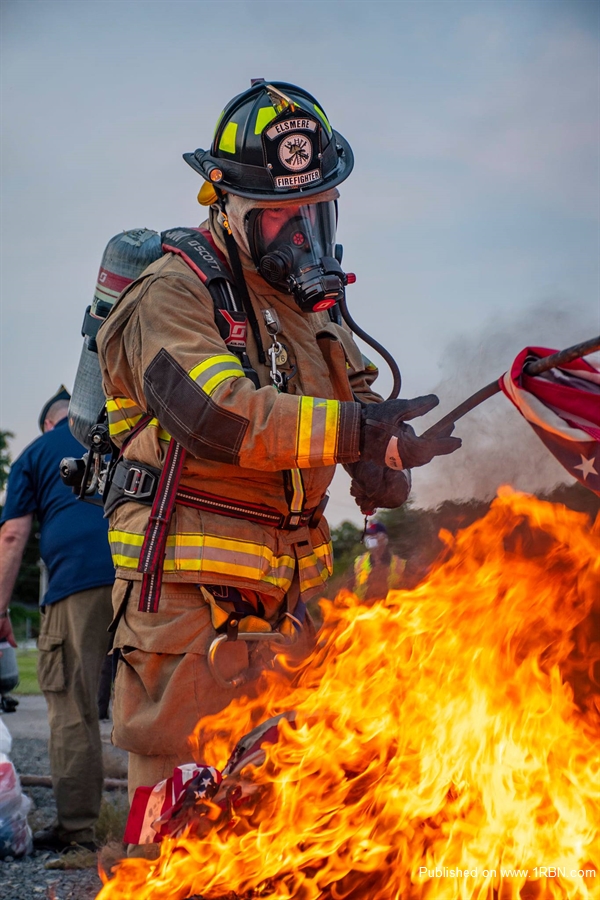 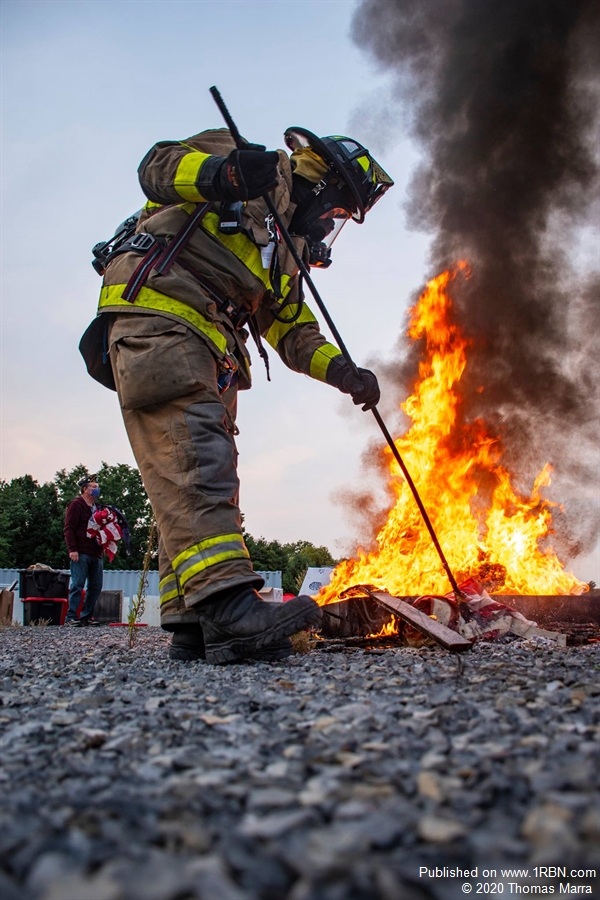 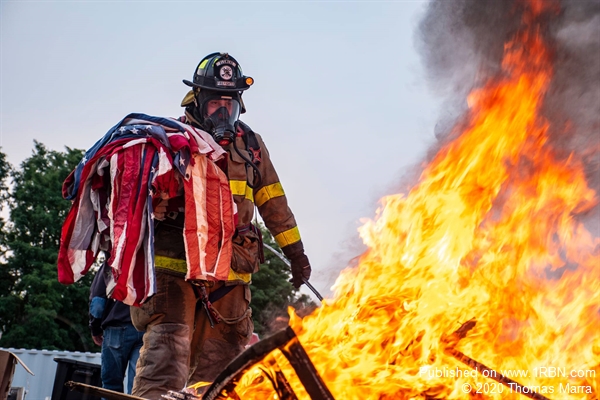 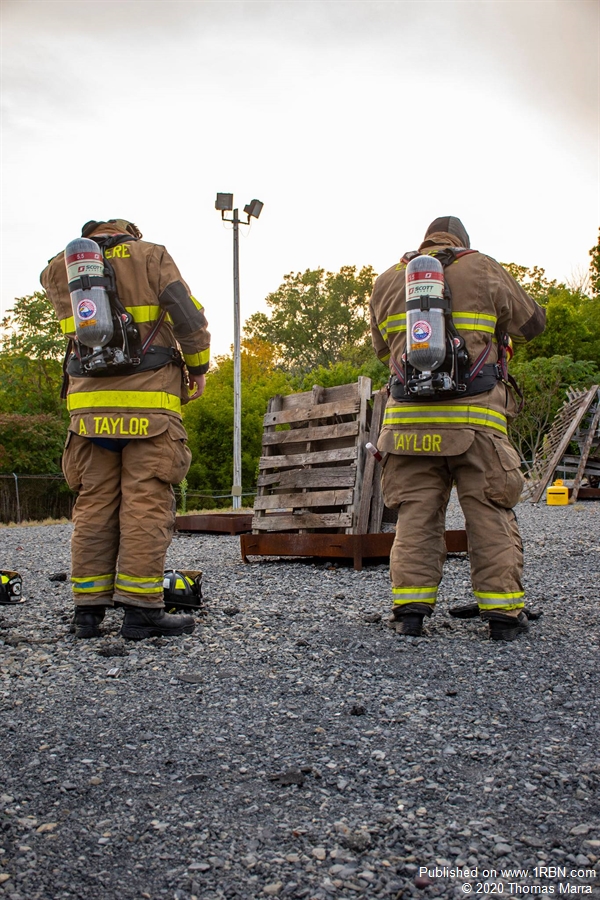 Photo by Thomas MarraFather and son Steven and Andrew Taylor of the Elsmere Fire Department assisting at a flag burning ceremony for torn and tattered flags.

Steve Riedel of American Legion Post #1040 in Delmar, who has been leading this event for eight years, estimates that there were approximately 800 flags retired at the ceremony this year, which he says is down from last year's numbers.

"Once American Flags get ripped, tattered and faded they're supposed to be completely destroyed by burning," Riedel said.

The burning of the flags takes place with a ceremony to ensure the process is done by paying respect. He says the ceremony begins with an inspection to make sure the flags are unfit for flying or for display.

The flag is passed around with the chaplain saying a prayer before one flag is ceremoniously thrown into the fire, followed by the remainder of the flags being thrown in with the assistance of the Elsmere Fire Department.

"Nothing irks a veteran more than seeing a shredded flag flying on a flag pole," Riedel said.

Riedel says if someone is unsure of what to do with an old flag, they can always bring it into an American Legion, or even the Town Library or Town Hall.