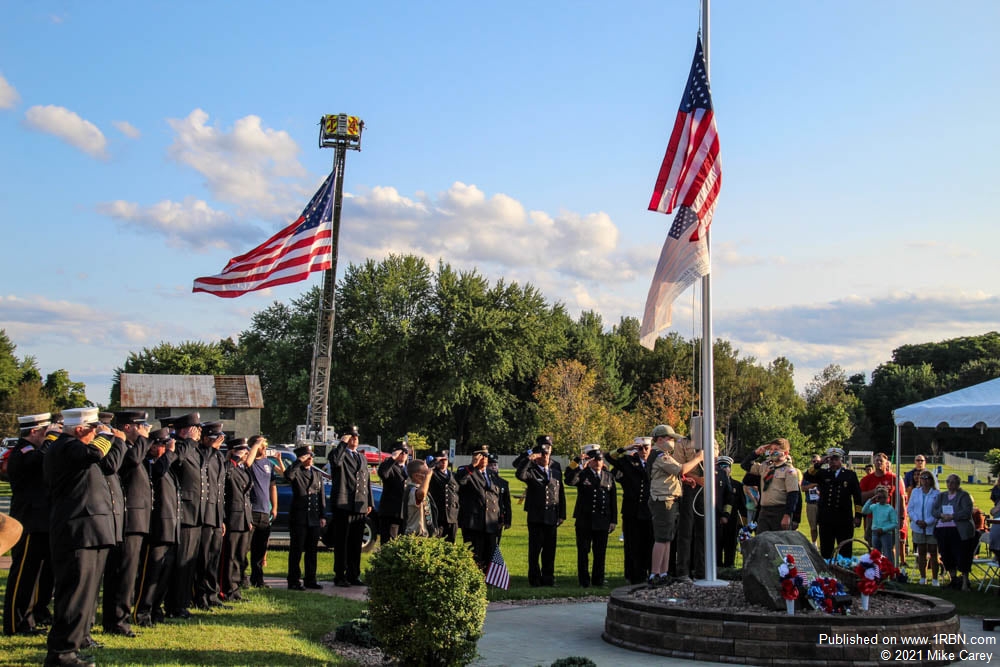 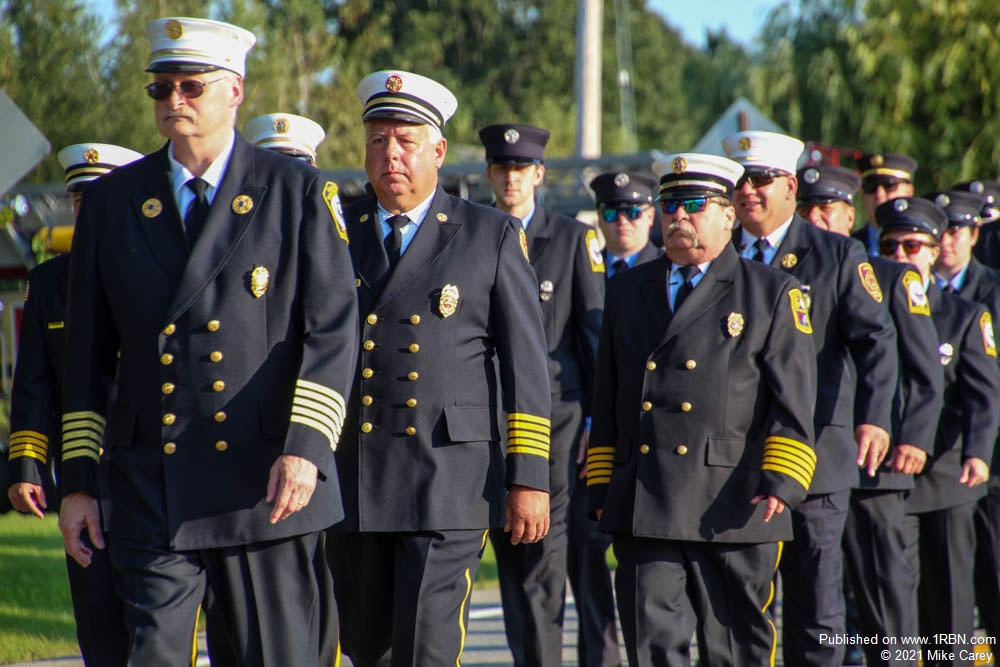 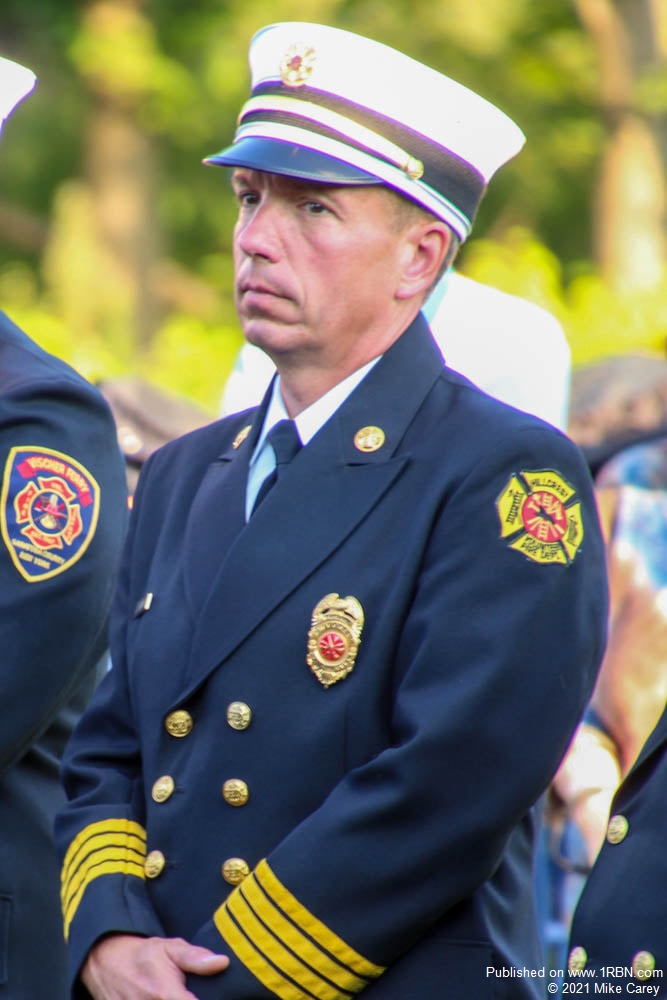 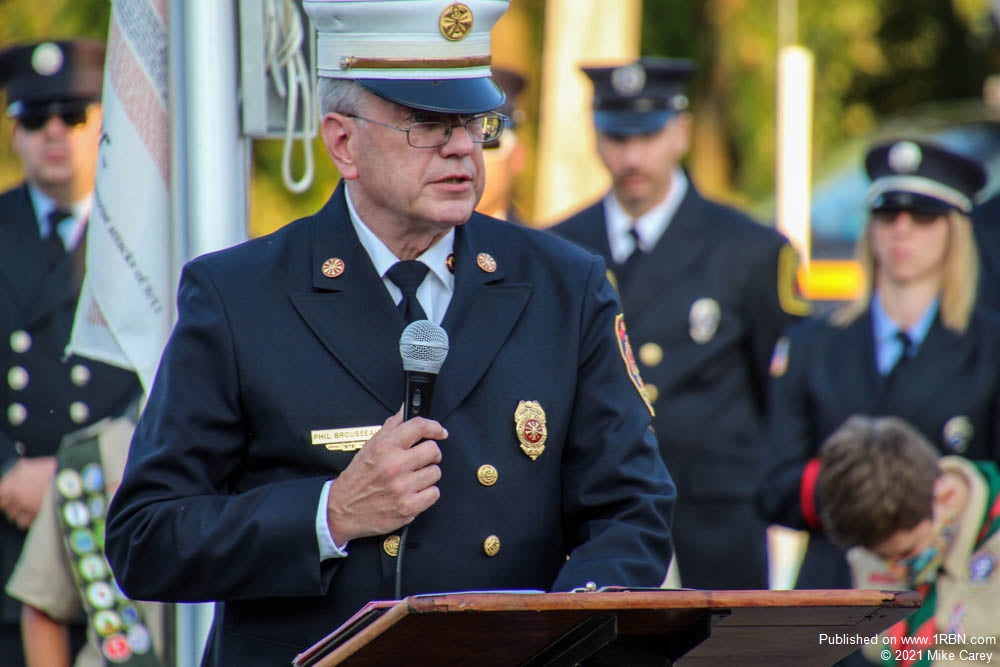 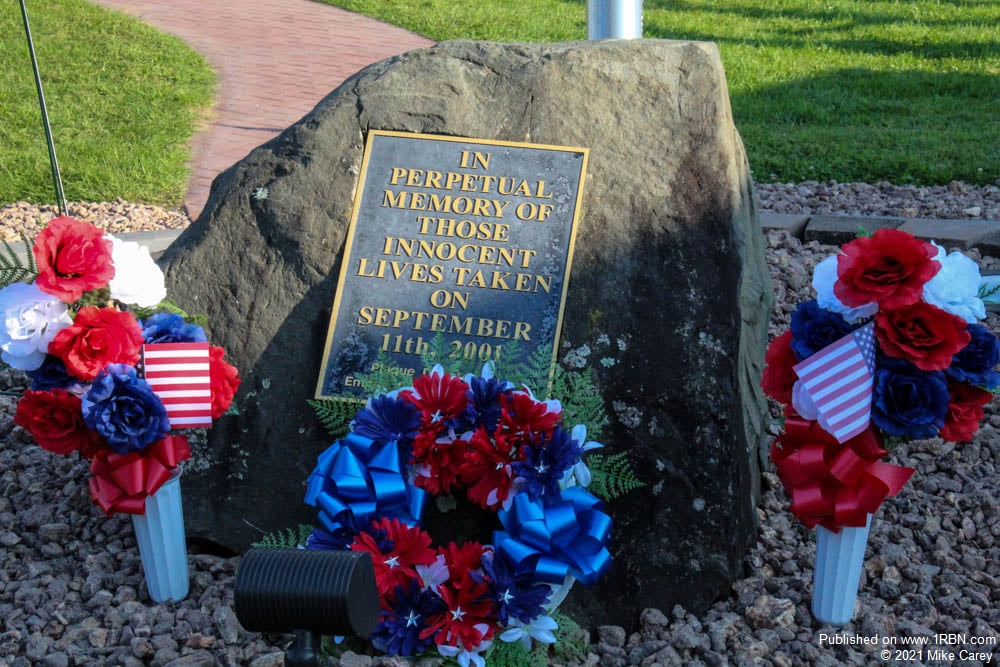 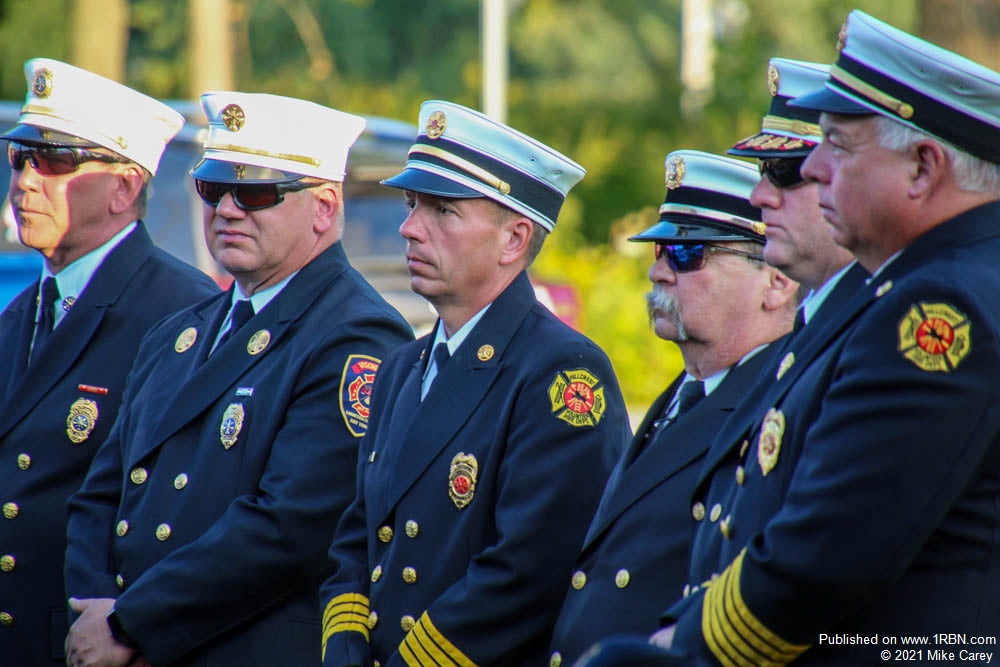 Photo by Mike CareyFirefighters at the Halfmoon 9-11 ceremony 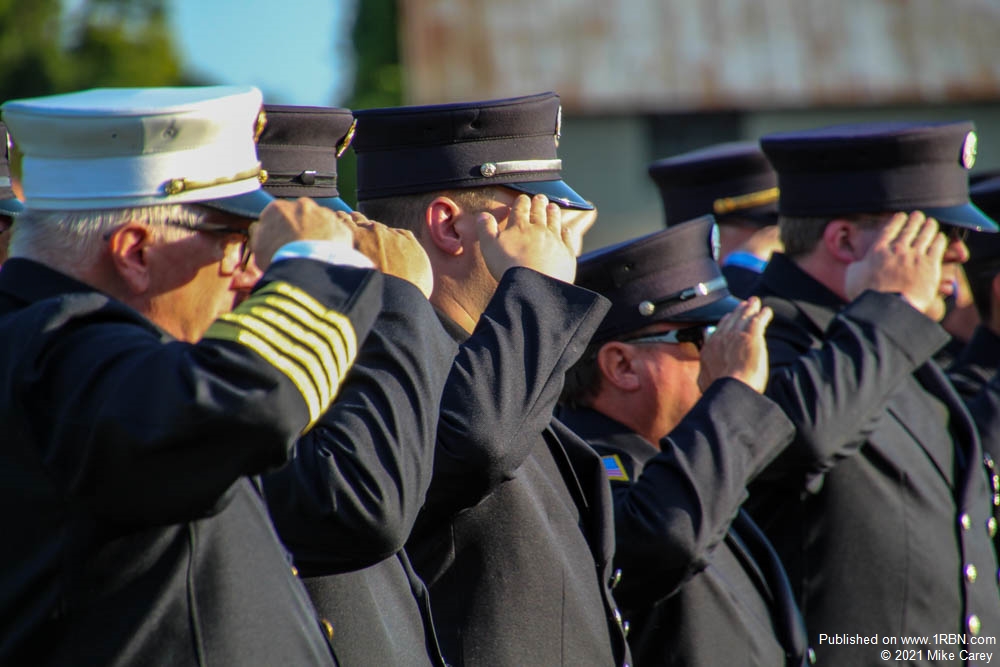 Photo by Mike Careyfirefighters at the Halfmoon 9-11 ceremony

(Halfmoon, NY)-- The town of Halfmoon held its annual September 11th ceremony on Saturday September 11th. Firefighters from the departments that serve the town processed to Abele Memorial park, site of the town's 9-11 memorial. The ceremony featured speeches from several elected officials, as well as representatives of fire, police, and EMS. The keynote address was delivered by Town judge Joseph Fodera, who spent time at ground zero as a member of the NYPD. The ceremony also feature laying of wreaths by first responders, Boy Scout troop 30 and Girl Scout troop 208. The town of Halfmoon is served by the Halfmoon-Waterford, Clifton Park, Hillcrest, and West Crescent fire departments.