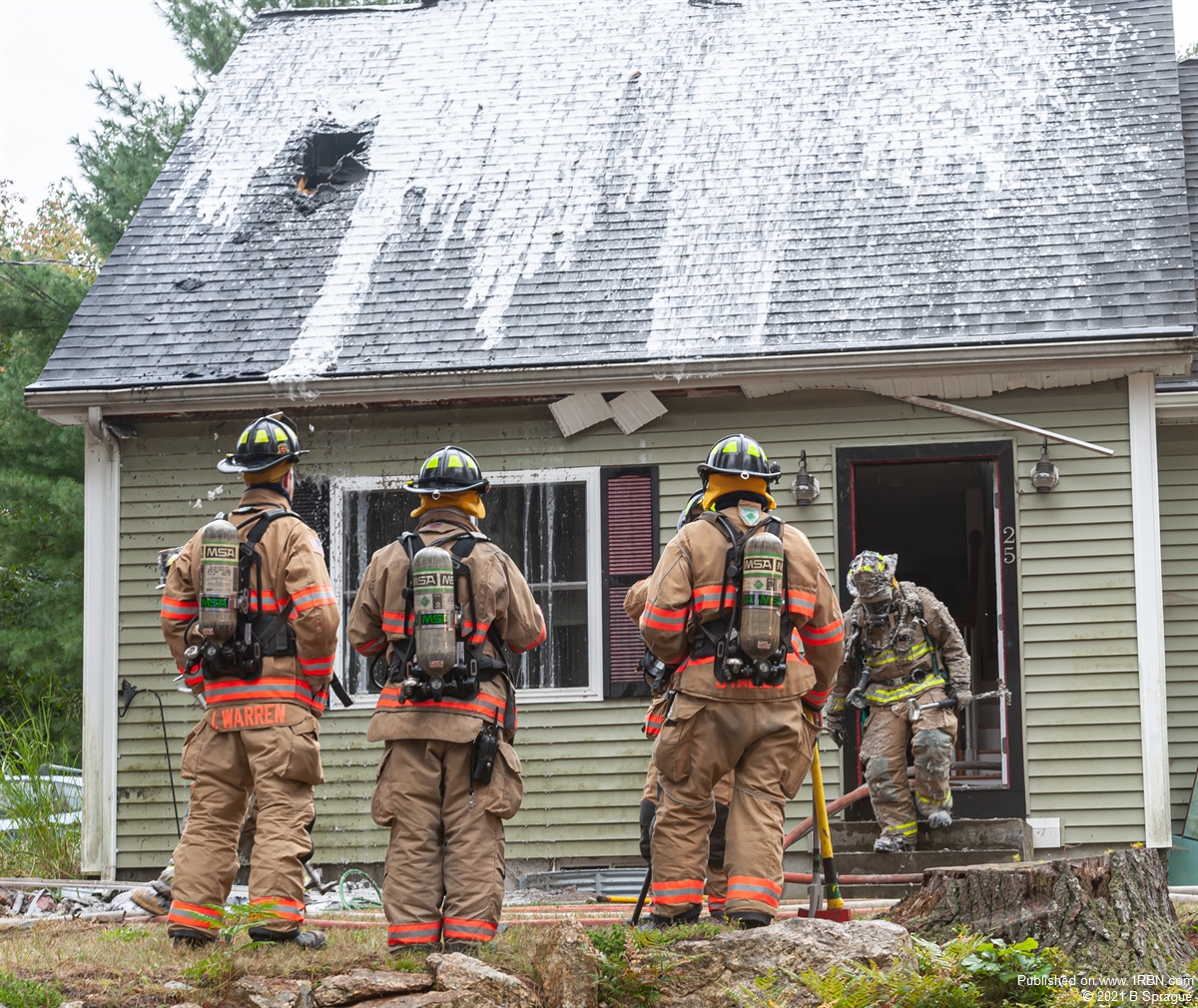 Photo by B SpragueFirefighter exits the home after pulling ceilings on the second floor as a relief crew stands by ready to go to work.

KINGSTON, NH - On the afternoon of September 24th, Kingston Fire was toned out for a reported fire in a single-family home at 25 Great Pond Road. Kingston Police were first on scene and reported heavy smoke and fire through the roof. Kingston's fire chief arrived on scene and requested a working fire, bringing in mutual aid from several towns with tankers, as they were out of the hydrant area. Firefighters were able to bring the fire under control in about 30 minutes. No injuries were reported.