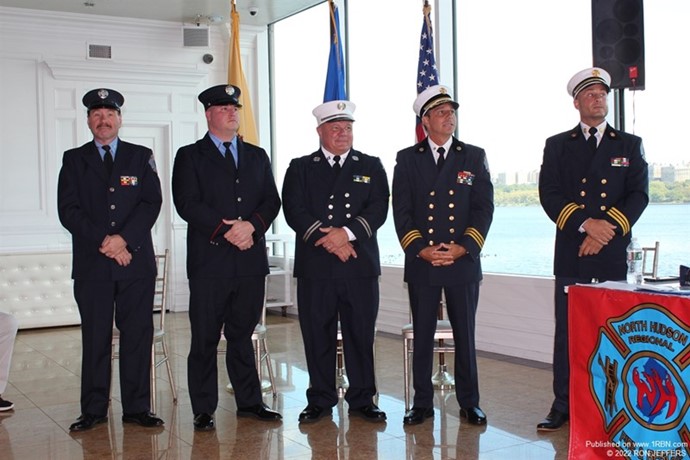 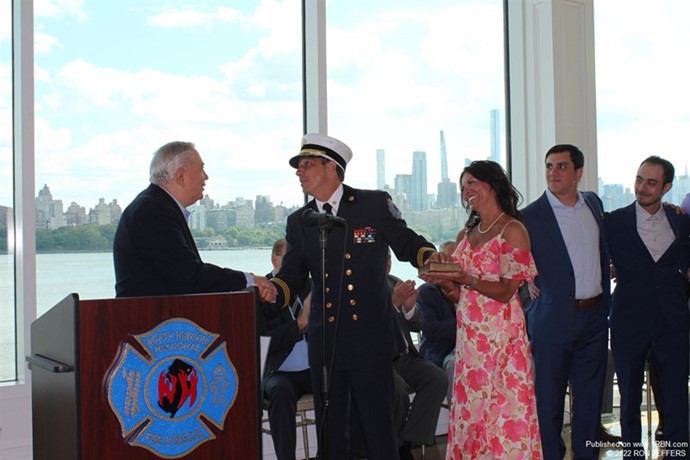 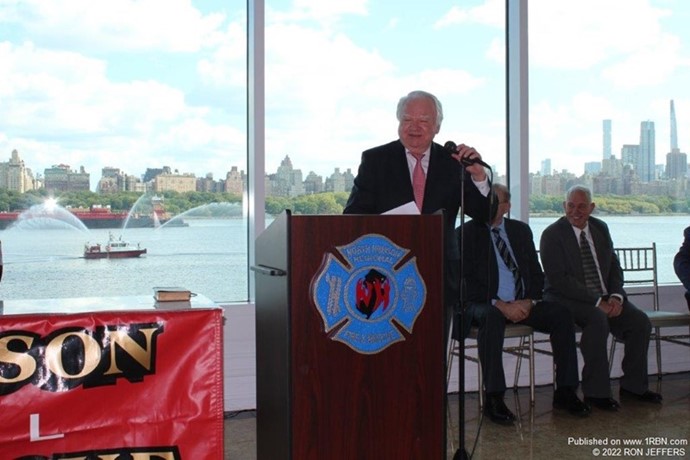 Photo by RON JEFFERSWeehawken Mayor Richard Turner, Chairman of the North Hudson Regional Fire & Rescue Board, congratulates the newly promoted officers and their families, as North Hudson Marine 1 provides a water display in the Hudson River. 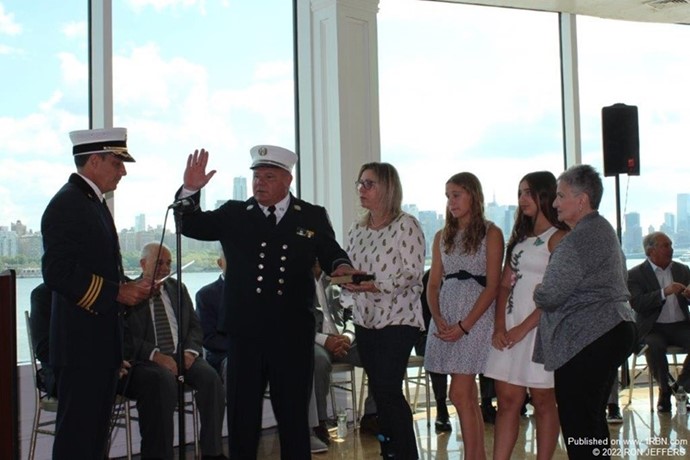 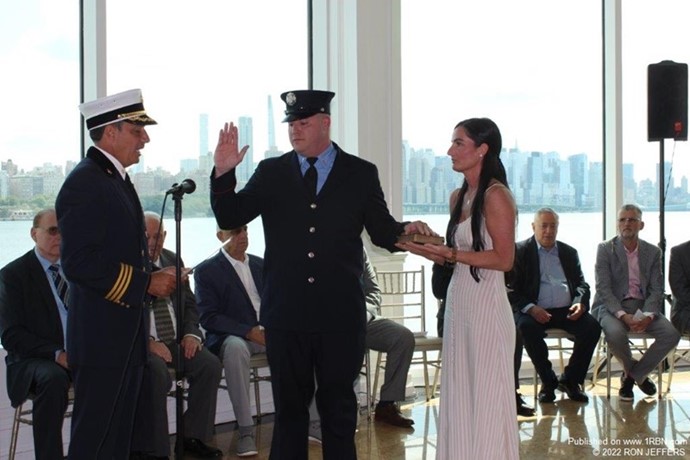 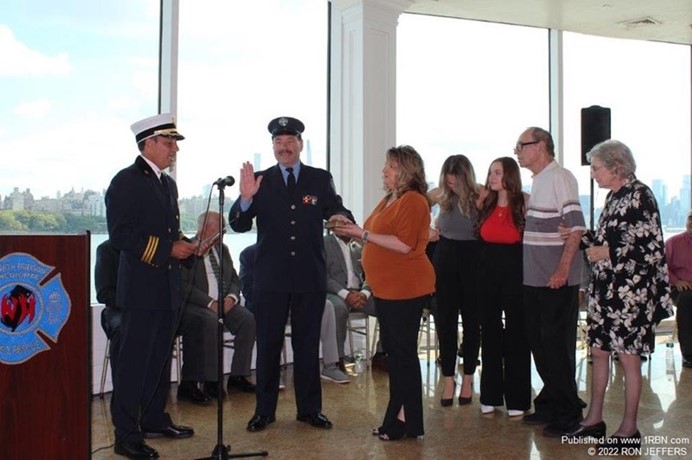 North Bergen, N.J. - Members of the North Hudson Regional Fire & Rescue, municipal and state officials, family and friends assembled at the Waterside Restaurant on September 20th for the promotional ceremony of four members of the department.

The promotions included a new Chief of Department for the regional force that is responsible for fire and emergency situations within Union City, North Bergen, West New York, Weehawken and Guttenberg.

David Donnarumma was promoted to Chief of Department. Glen Gavin rose to battalion chief and Gary Colombo and Kevin Todd are the new captains.

Chief Donnarumma started his career in 1992 with the former North Bergen Fire Department. He was sworn in as chief by North Bergen Mayor and State Senator Nicholas Sacco. After the new chief was sworn in, he presided over the oath of office to Battalion Chief Gavin and Captains Colombo and Todd.

Chief Donnarumma said there were too many persons to thank for his success, but he did have to single out two. His first captain, when he was assigned to Engine Co. 4, was Joe Zavardino. “He led me to the path of success,” said Donnarumma. He treasures their friendship. In addition, retired Chief of Department Frank Montagne, also a former NBFD member. The retired chief “tutored me through my career, and still today.” He also thanked his family for all of their support.

Safety of members and the public is the forefront of everything we do, the new chief stressed. Protecting the public in any and all emergencies.