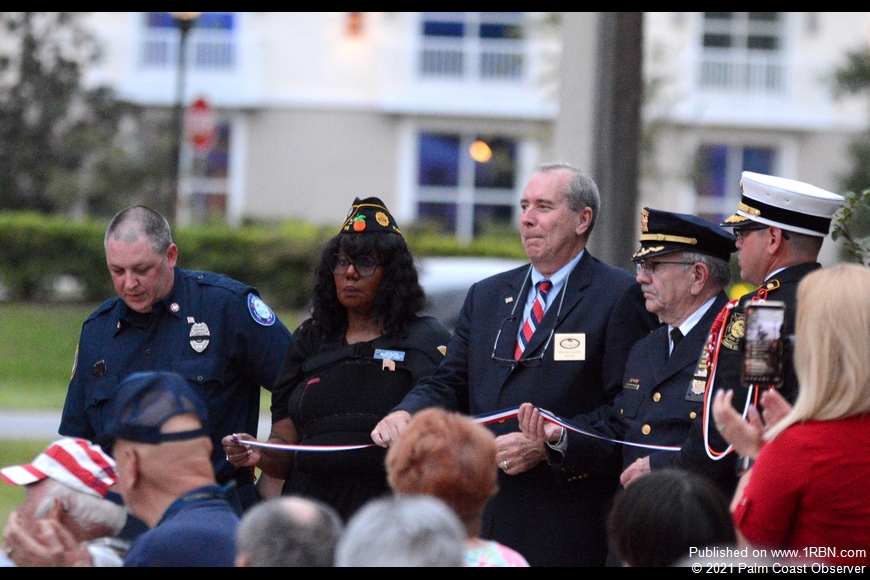 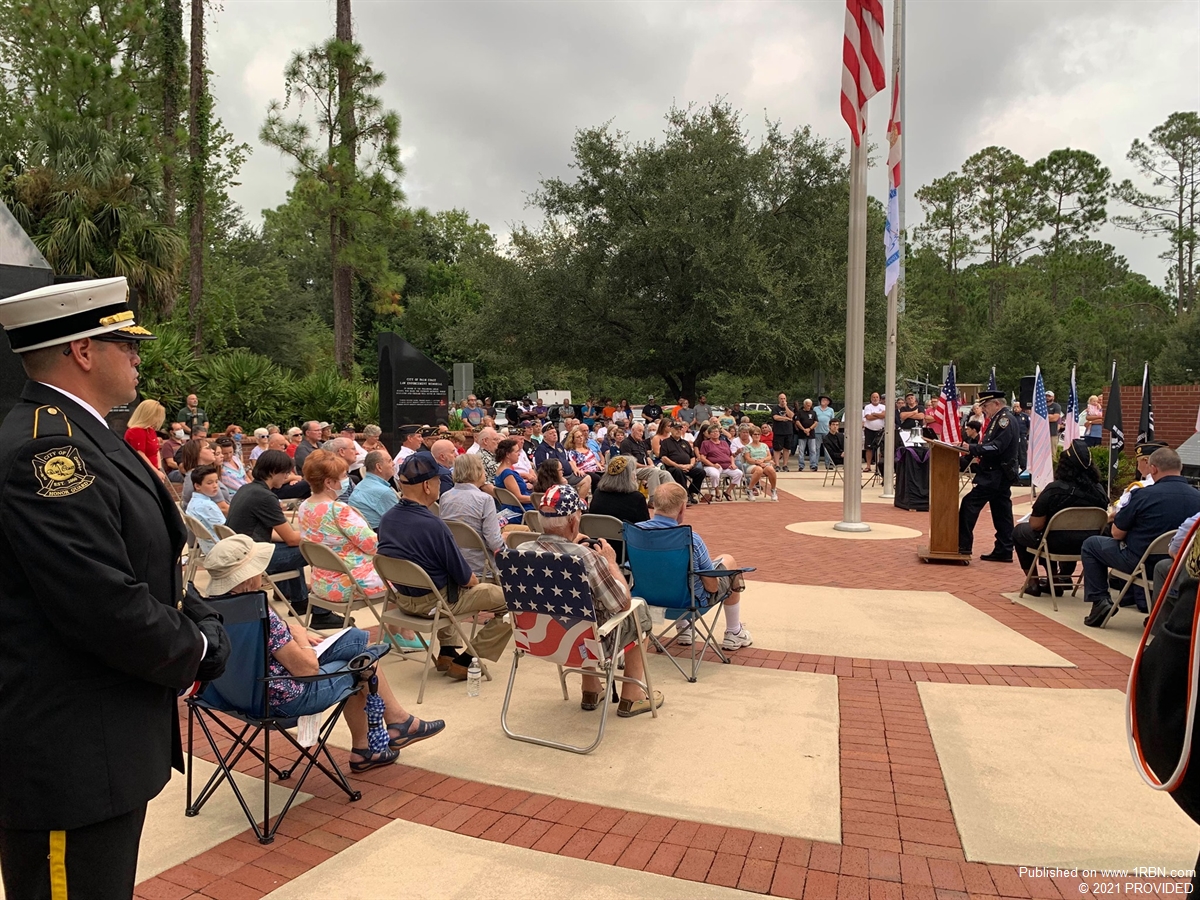 The Palm Coast Fire Department received a 10 foot seedling of the September 11th Survivor Tree from the 9/11 Memorial Museum. A Callery pear tree became known as the “Survivor Tree” after enduring the September 11, 2001 terror attacks at the World Trade Center. The tree was removed from the rubble and placed in the care of the New York City Department of Parks and Recreation.

After its recovery and rehabilitation, the tree was returned to the Memorial in 2010. New, smooth limbs extended from the gnarled stumps, creating a visible demarcation between the tree’s past and present. Today, the tree stands as a living reminder of resilience, survival, and rebirth. “Like a tree, we experience the change of seasons of our lives; from the joyous occasions to the saddest occasion; yet when nothing else to be right we are met with again with the spring air and sunshine”, stated Mayor David Alfin.

Fire Chief Jerry Forte introduced those that would help dedicate the Survivor Tree by saying, “As we look into the symbolism of some of the world’s most historic events, we will find that trees are one of the greatest things that connect all of mankind”. The Survivor Tree was dedicated by Palm Coast Mayor David Alfin, Driver Engineer Michael LaGreca (9/11 Responder as a NJ Paramedic), Yvonne Robinson (North Tower Survivor), Ophelia Beier (Pentagon Survivor) and New York Court Police Retired Major Ron Young (WTC Responder).

The Survivor Tree Seedlings are made available to communities across the United States from the 9/11 Memorial & Museum for communities with sites that invoke the resonating power of tree and create lasting, living memorials to the victims of 9/11, their families, communities and the nation.