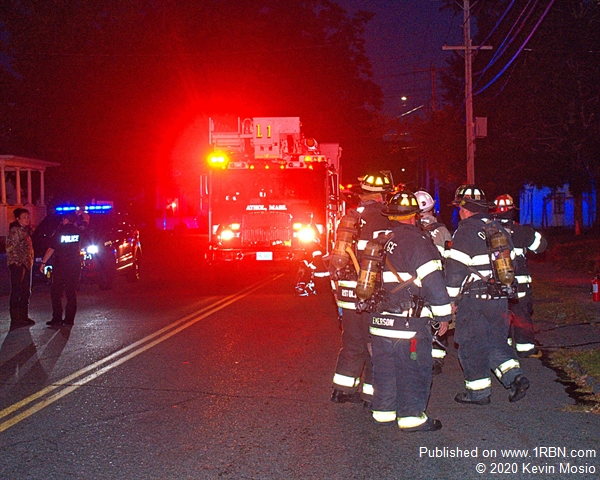 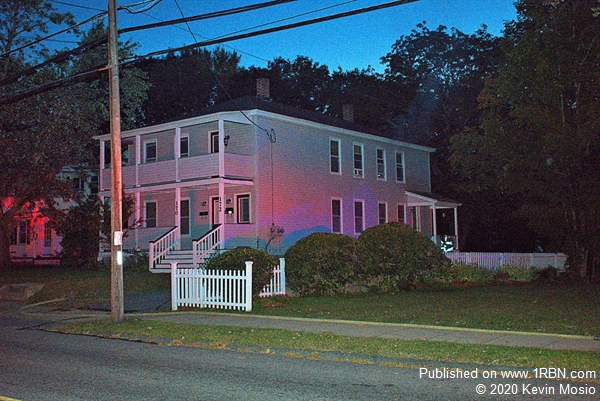 Photo by Kevin MosioLight smoke condition on my arrival 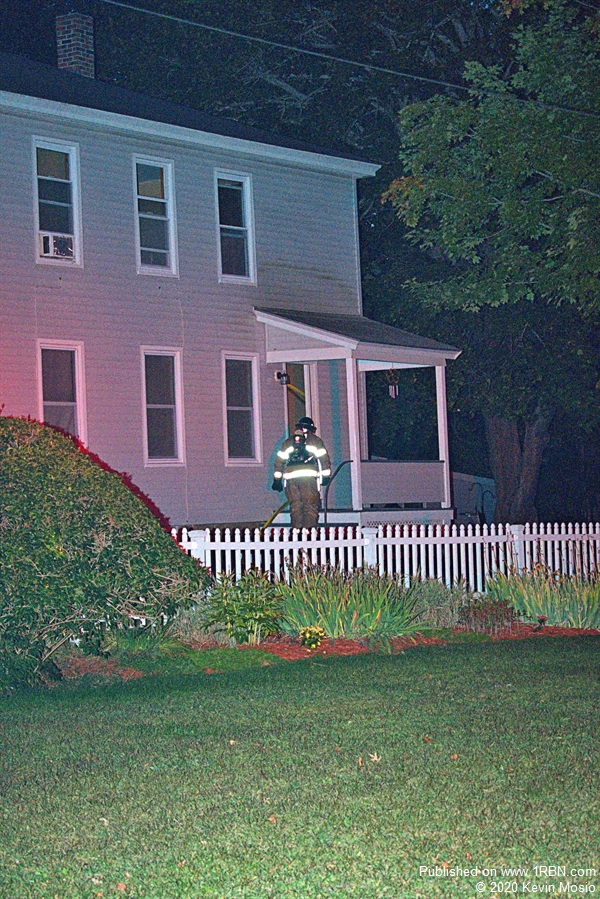 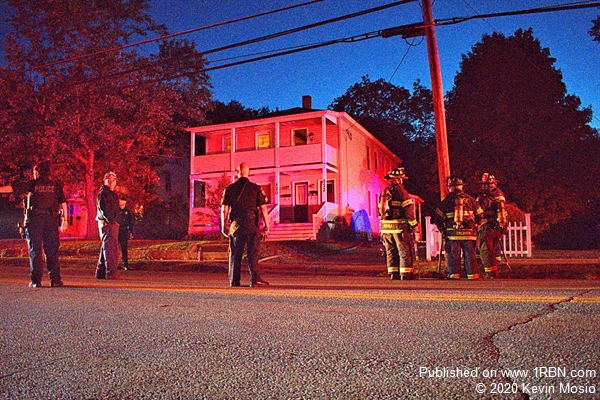 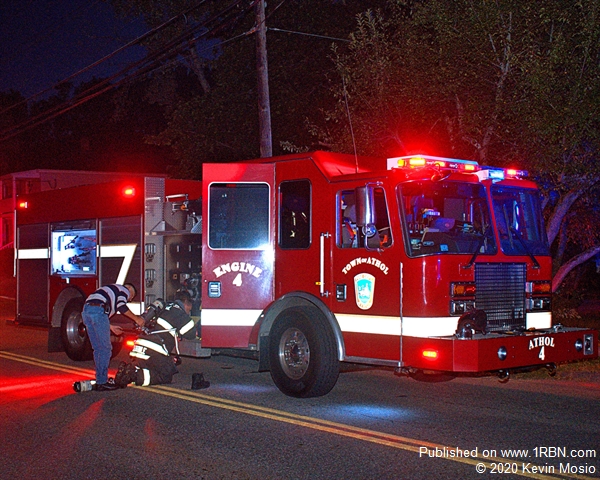 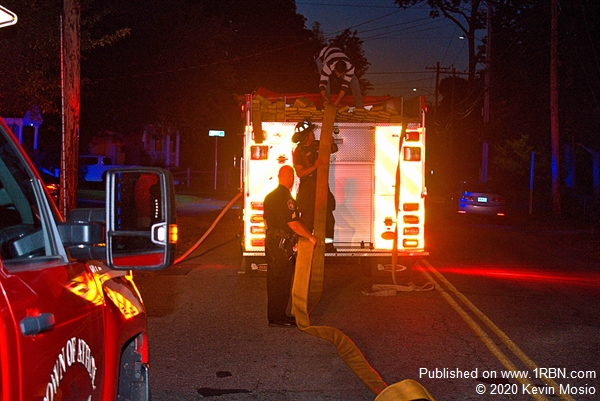 Photo by Kevin MosioEven the PD got in and held repack the supply line!

Shortly after 19:00hrs on Saturday 9/19/20 Athol fire received calls for a building fire at 172 Silver Lake St. There were initial reports of fire showing from the second floor.

I did not hear the initial call, but was quickly alerted by a friend from the area. My photo companion and I quickly jumped in the truck and headed over, arriving shortly after their ladder.

First due engine 4 stretched an inch & 3/4 attack line to quickly knocked down the fire using tank water, within the quick 5 minutes it took us to get there.

We had nothing but a light smoke condition showing which was quickly vented by the next in crews.