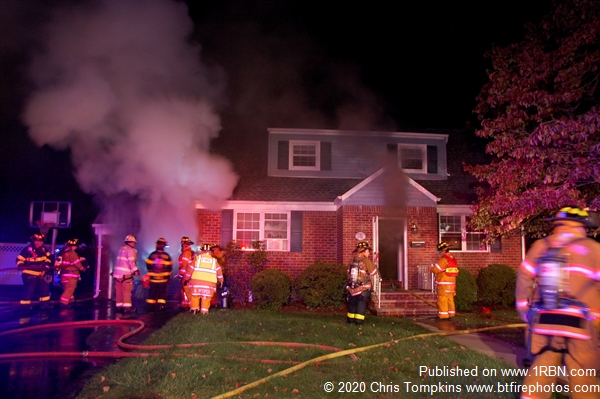 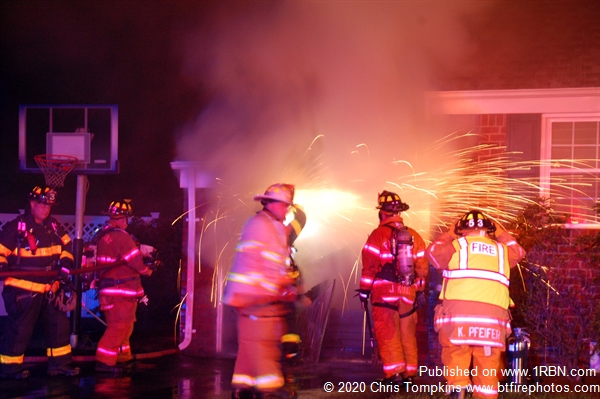 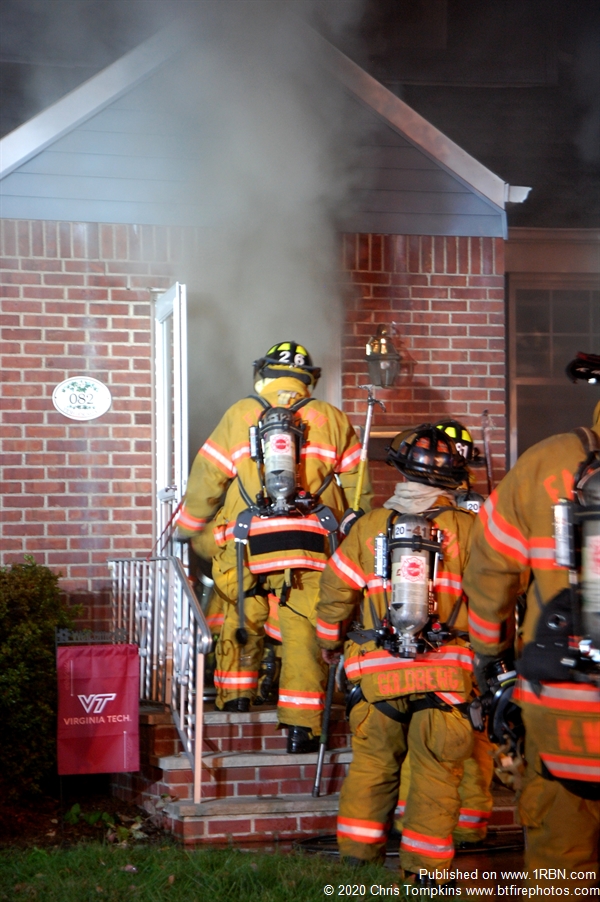 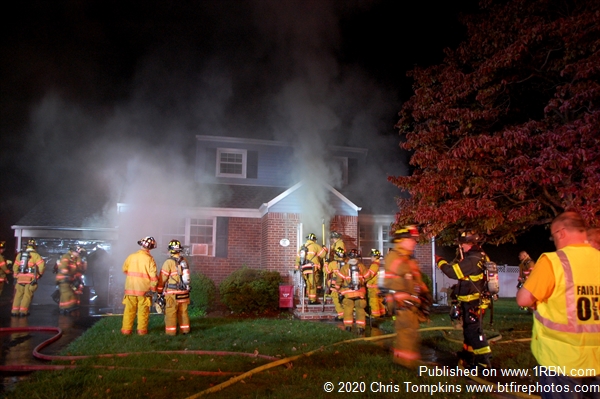 Fair Lawn firefighters battled a two alarm fire on a busy Saturday night as another multiple alarm fire was being fought a few towns away.
Firefighters were dispatched to 0-82 Yerger Rd just before 9pm for a reported house fire. Upon arrival, command confirmed a working garage fire attacked to the house with smoke showing. A second alarm was quickly transmitted as other towns in the area, including Fair Lawn, were proving mutual aid at a 4 alarm fire in Garfield two towns away. Engine 5 arrived first on scene and stretched two lines and began an interior attack. The fire, which was located in the garage had spread to the basement of home. Companies forced entry into the garage and extinguished the fire as interior crews were able to locate the fire in the basement moments later. The fire, which was extinguished within a half an hour, was kept to the garage side of the home and had minimal extension to the upper floors. Mutual aid from Saddle Brook, Hawthorne, Glen Rock, Ridgewood and Ho-Ho-Kus assisted on scene. The cause of the fire is under investigation.