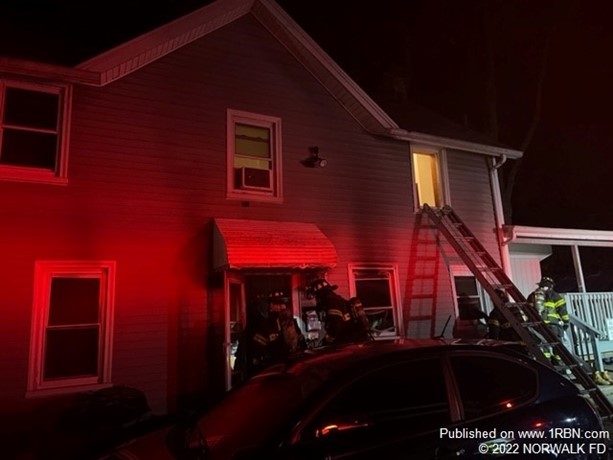 The City of Norwalk Fire Department responded to a structure fire on Friday, September 9th, at 7:52 p.m.

The fire was located at 12 ½ France Street in a two-apartment unit at the rear of the property. Initial reports stated that all occupants were out of the building except for a dog on the first floor.

Upon arrival, the first engine company encountered smoke and fire in the kitchen of the first-floor unit. While attacking the fire, they found the dog in the kitchen. It was carried outside to fire personnel, who administered oxygen and rendered care. The dog was transported in a Department car to the Norwalk 24-hour Emergency Vet Center where it is recovering. The fire was contained to the first floor.

Occupants of both apartments were displaced due to fire and smoke damage. There were no reported injuries to firefighters or civilians. The Norwalk Fire Marshal Division is investigating the cause of the fire.