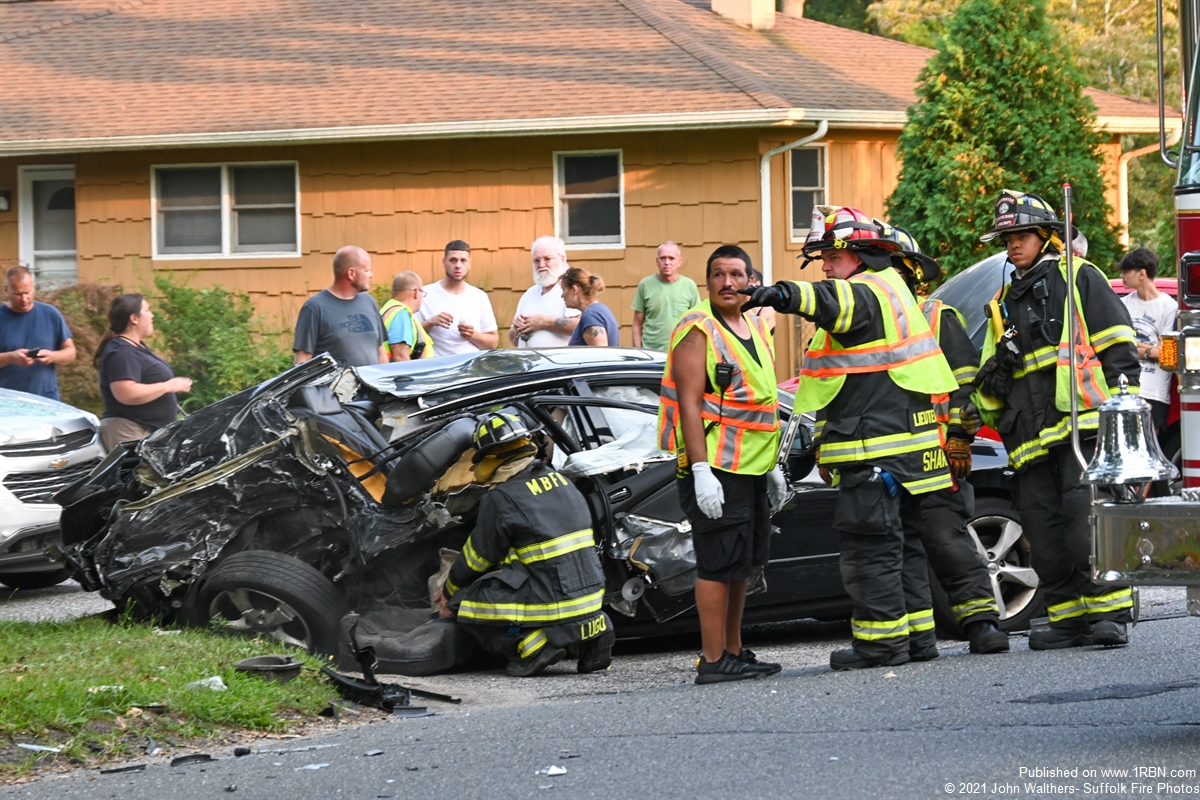 Photo by John Walthers- Suffolk Fire PhotosMastic Beach firefighters work to secure a heavily damaged vehicle after it was involved in a 3-car crash, 9/12/21. 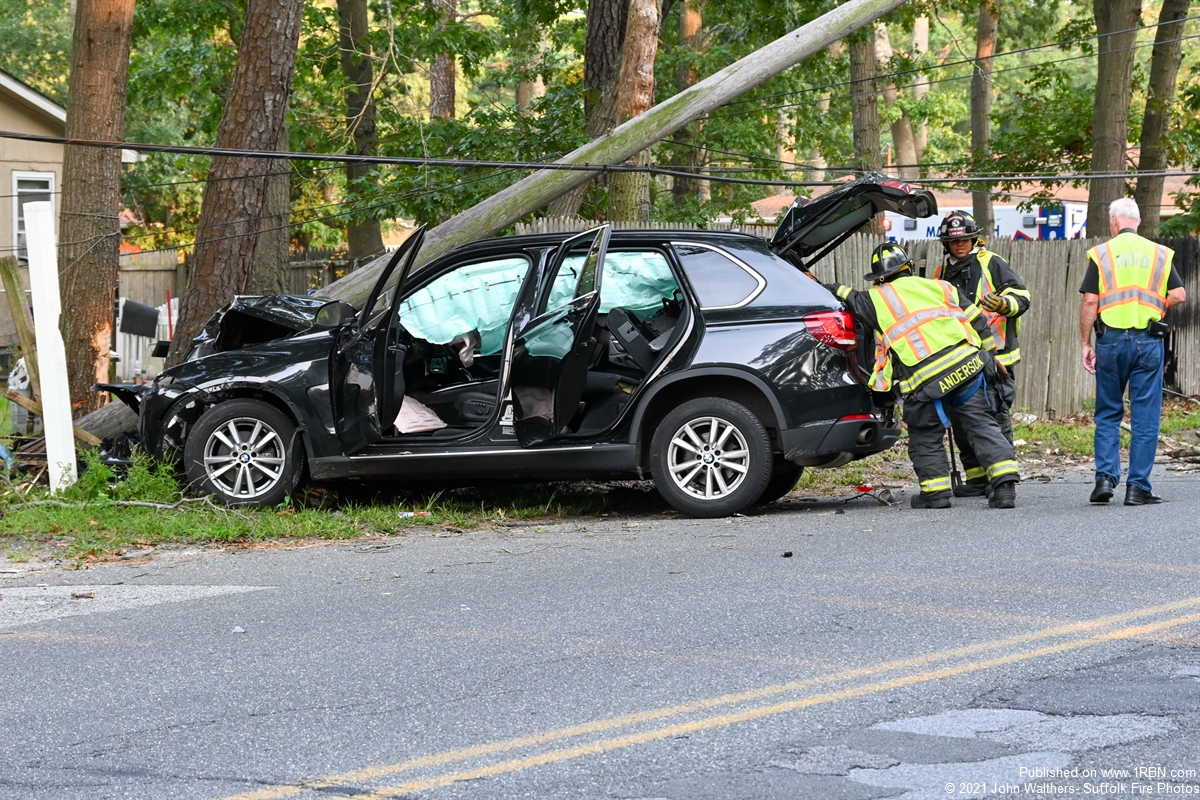 Photo by John Walthers- Suffolk Fire PhotosThis SUV took out a pole during a 3 vehicle MVA in Mastic Beach on September 12th. 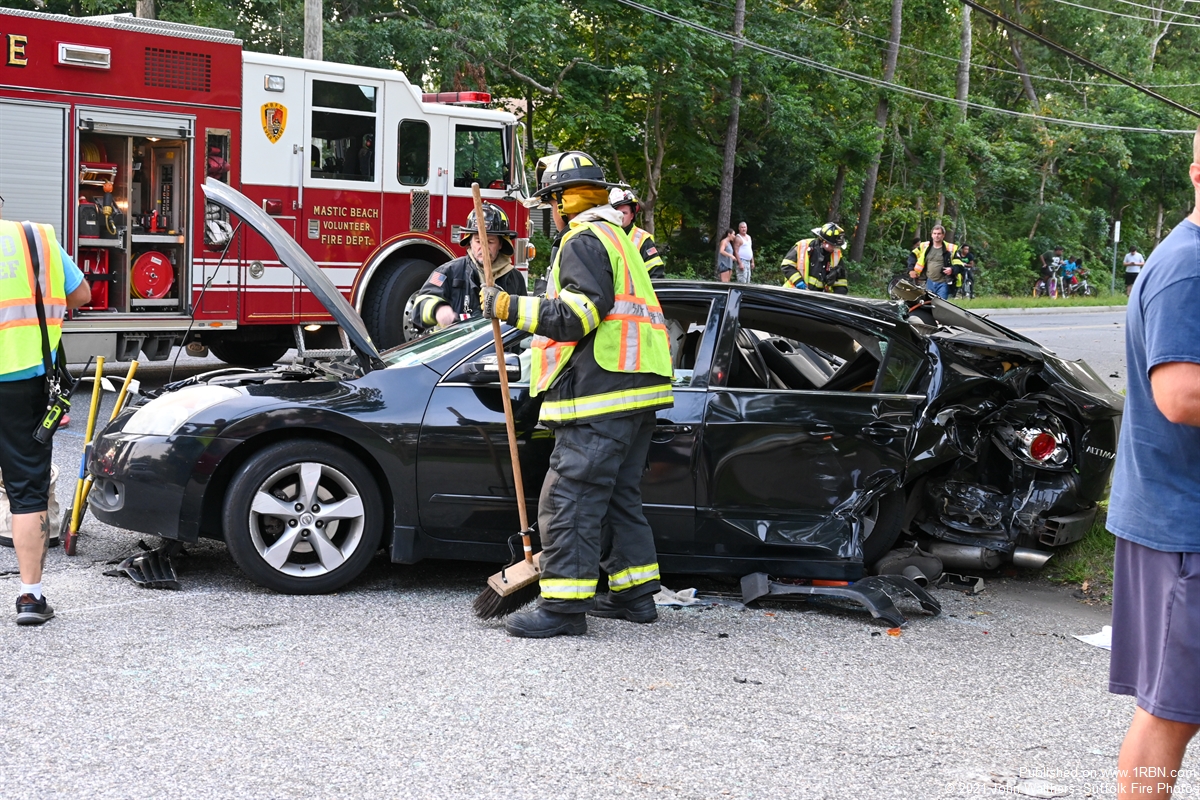 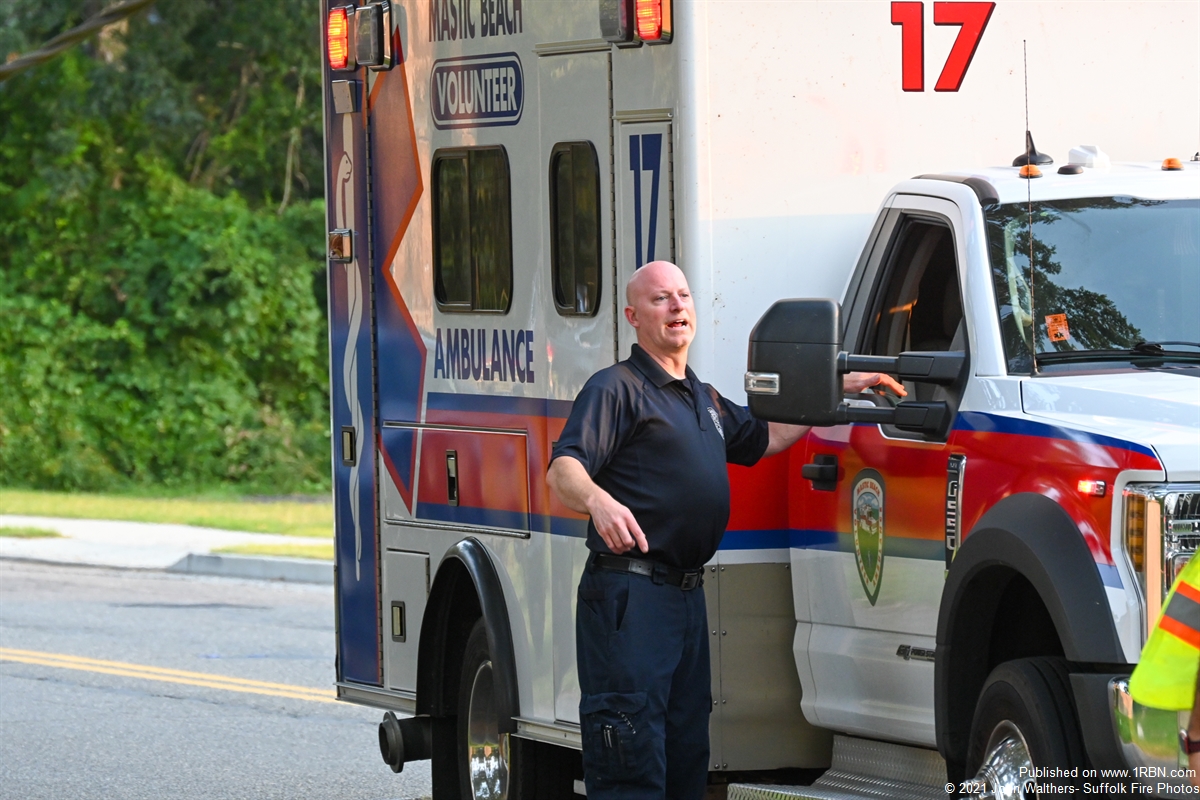 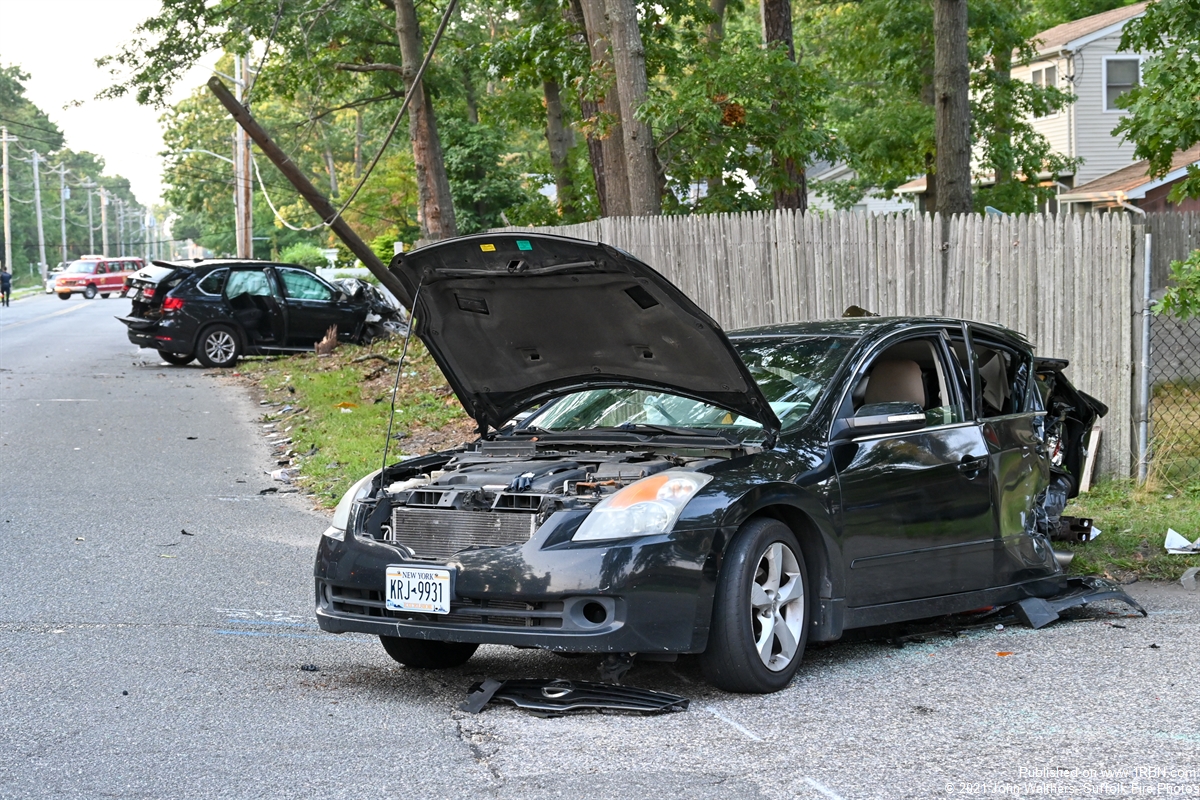 Photo by John Walthers- Suffolk Fire PhotosThe 2 vehicles Seen in this photo were part of a 3 car crash that took down a power pole in Mastic Beach.

MASTIC BEACH, NY- On September 12th around 5:49 P.M., the Mastic Beach Fire Department was activated for a report of wires down on Mastic Beach Rd., near Washington Ave. Chief of Department Fred Loiacono {5-13-30} responded to the scene along with 2nd Assistant Chief Luis Grego {5-13-32}.

On arrival, Chief of Department Loiacono found a three-vehicle crash at the location with an electrical pole struck by one of the vehicles. The chief advised FRES as well as his members of the updated nature of the call and requested that PSEG be notified as well as EMS.

Engine -5-13-3 and Rescue 5-13-4 arrived on scene and confirmed that no one was trapped in the vehicles. The crews went to work securing the scene under the command of Chief Loiacono. Fluids needed to be cleaned up and multiple cars needed to be secured. One of the vehicles had heavy damage and extra debris clean up was required. Fire Police closed the roadway while crews worked.

Mastic Beach Ambulance Co. had also dispatched several ambulances and responder vehicles to the scene. While firefighters were cleaning up, ambulance personnel were checking out occupants of the vehicles, and at least two people were taken to a local hospital for further treatment.

Upon completion of operations the scene was turned over by FD to the Suffolk County Police Department who remained on scene until PSEG arrived to work on replacing the damaged pole.