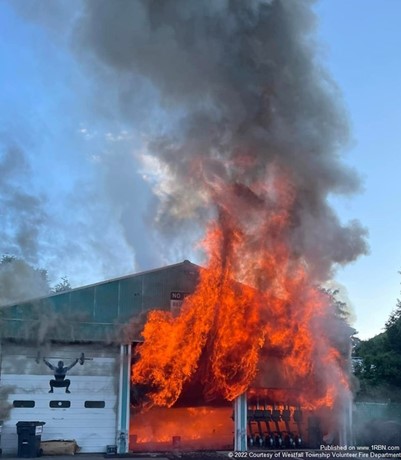 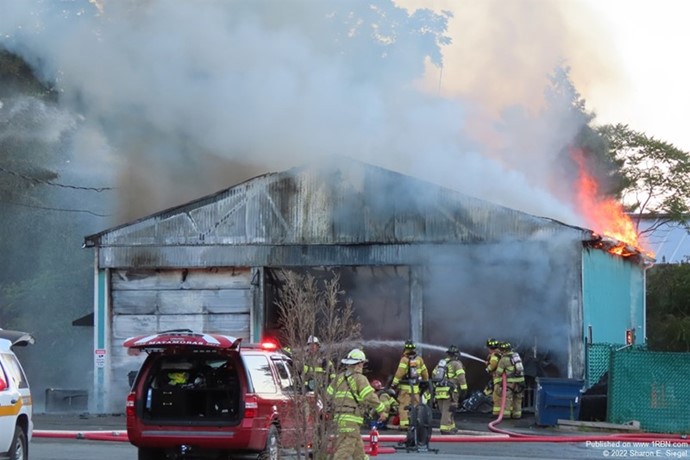 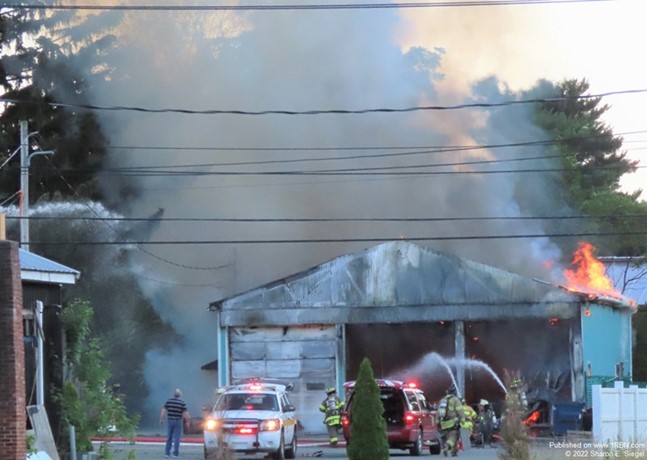 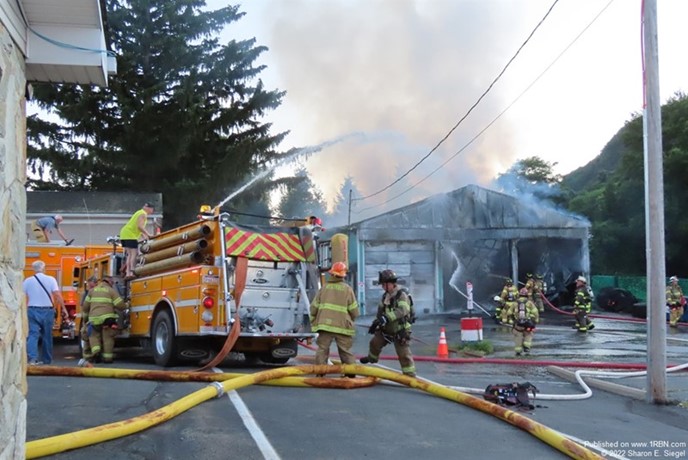 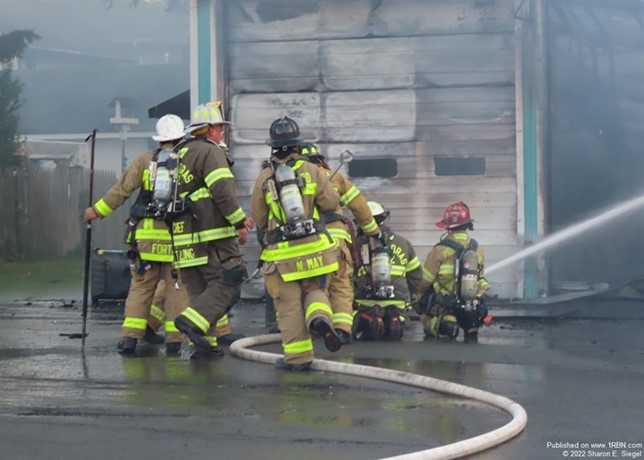 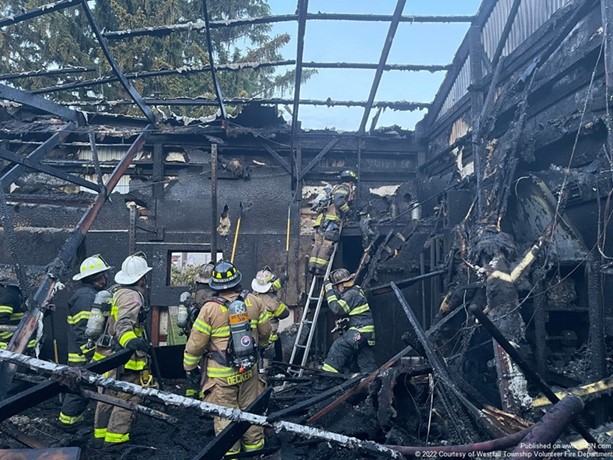 WFD Chief Fred Jacobs said a supply line was immediately laid from a nearby hydrant, and two master streams applied to the blaze. Other departments arrived minutes later, and together all were able to contain and knock down the flames within about 15 minutes. He credited units from both PA and neighboring NY communities with quickly extinguishing the blaze and completing the overhaul process.

The cause was not immediately reported.