Outside Fire Extends Inside Longmeadow Home 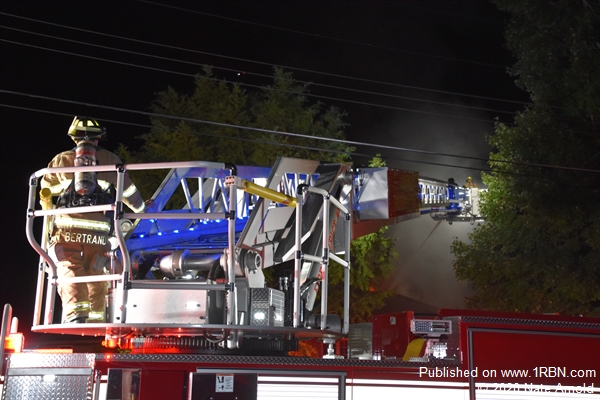 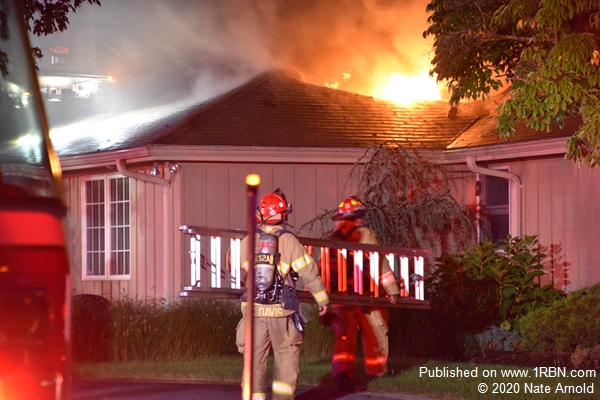 Longmeadow, MA - A fire that started in the yard behind a large one-story, single-family home in the affluent suburb of Longmeadow around 9:30 P.M. on Saturday, September 12th, extended into the home's attic crawl space and did extensive damage, displacing several residents and injuring an East Longmeadow firefighter.

Longmeadow crews were initially called for an outside fire at the address, but while responding LPD officers on scene advised that the fire had extended into the home. Chief John Dearborn of Longmeadow Fire ordered a second-alarm to be struck, bringing mutual aid from North Thompsonville Fire in Enfield, CT and East Longmeadow, MA crews to the scene, along with Shaker Pines Fire District (also in Enfield) for station coverage.

While crews began an interior attack on scene, a problem was discovered with the hydrants on Prynnwood Road. Not only was the hydrant in front of the home out of service, the remaining plugs were supplying low water pressure. At this point, interior crews were ordered out of the home and Shaker Pines was moved up to the scene to lay in from a hydrant on Shaker Road, nearly a full city block away from the fire building.

While the water pressure issue was resolved, the fire had taken possession of the attic and caused a collapse of the center portion of the roof by the chimney. Crews remained in defensive mode for the next hour before heading inside to overhaul the remains of the house.

Early on in the incident, while venting a window on the 'Charlie' side, an East Longmeadow firefighter sustained an injury to her hand and was taken to Baystate Medical Center where she received several stitches.

No civilian injuries were reported and the cause of the fire is under investigation by the LFD, LPD and State Fire Marshal's office, but it is not considered suspicious.